I came across this book on my birthday and was only mildly intrigued when I got it. After having read some academic texts about Haiti for a couple of my classes, I was more interested when I finally started reading this. However, I must say that I wasn't prepared for what I was about to read. This is a relatively short read, but it certainly is not easy to get through. It's one of the most devastating novels that I've read in a while. 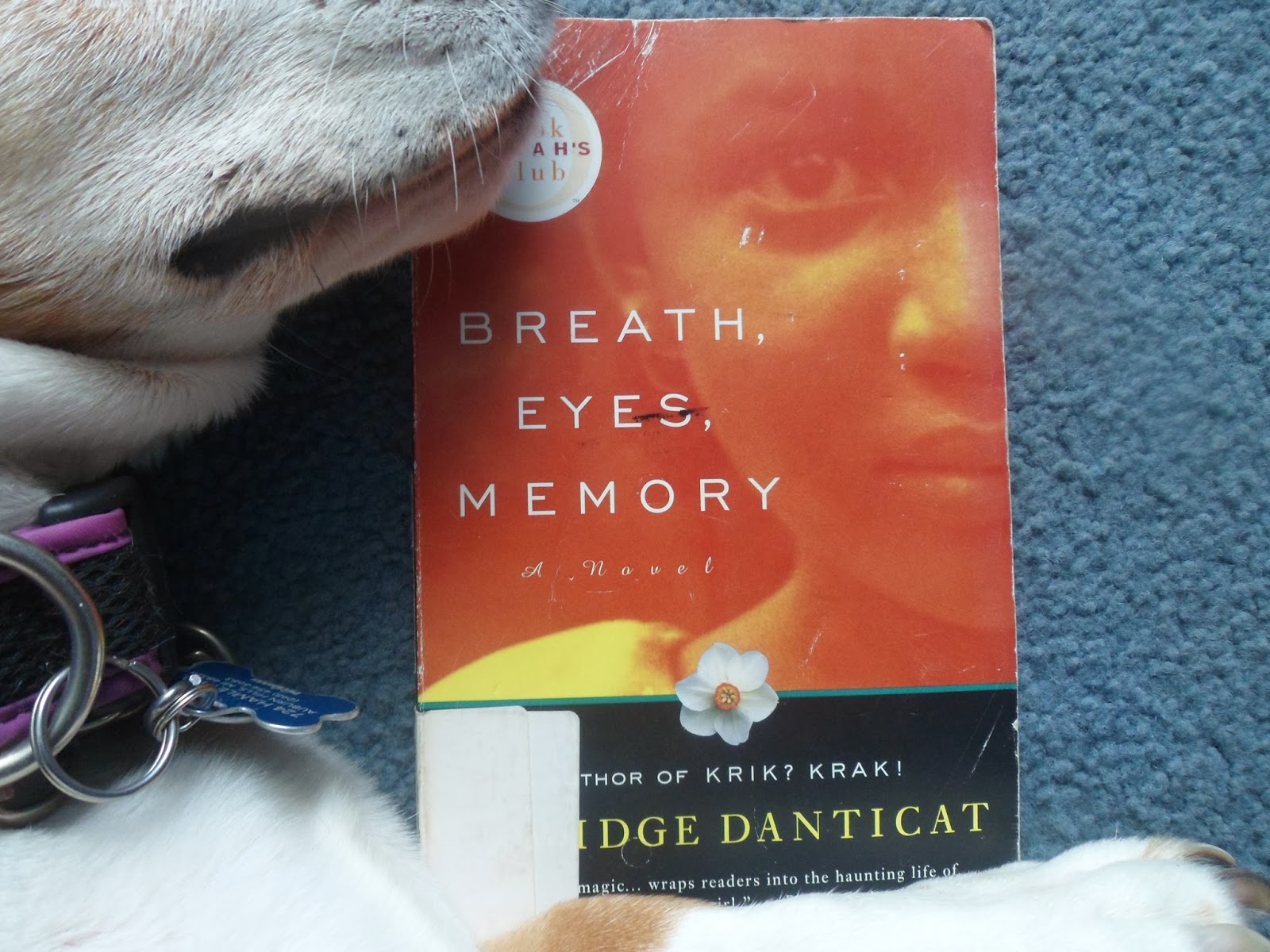 This is the life story of a female character named Sophie Caco. She narrates the novel, and her journey starts and ends in Haiti where she was born. At the age of 12 she is summoned by her estranged mother to live with her in New York City. Over time, Sophie learns that she is the product of a rape. Her mother's nightmares slowly become her own as she discovers more about her mother's story, reconciles her family's past with her present, and struggles to articulate who she is as a woman and an individual. Motherhood, marital troubles, a couple stays in Haiti and the death of her mother force her to come to terms with her own truth.

Sophie represents an interesting yet harsh aspect of the status of women that is seen in many cultures. Because she was a good student and was able to go to America, she is expected to be successful and do things that women in her family have never done before Yet, her worth and fate still depend on appealing to, marrying, and pleasing a man. Her mother is obsessed with the idea of virginity and "tests" Sophie to make sure that she is pure, just as she and her mother (Sophie's grandmother) were tested. Obtaining a "good" marriage with a "good" man indicates security and success more than anything that a woman might do for herself.

Danticat takes up some really heavy topics and themes in this novel: shame, hatred of black bodies, violence and self harm, gender roles, sex/sexuality/sexual assault, love, belonging, roots and tradition, folklore, cultural differences, identity, eating disorders, generational trauma, guilt and forgiveness, fear of abandonment. I related to a number of these themes, so I guess that's why it hit me so hard. I've read some pretty deep and disturbing literature in the past, but I don't think I've read anything that has made me contemplate Haitian culture and womanhood the way that Breath, Eyes, Memory has. Like I said, it's devastating. But it's the kind of work that I think anyone could benefit from reading at least once.


"They are the people of Creation. Strong, tall, and mighty people who can bear anything. Their Maker, she said, gives them the sky to carry because they are strong. These people do not know who they are, but if you see a lot of trouble in your life, it is because you were chosen to carry part of the sky on you head." (p. 25)