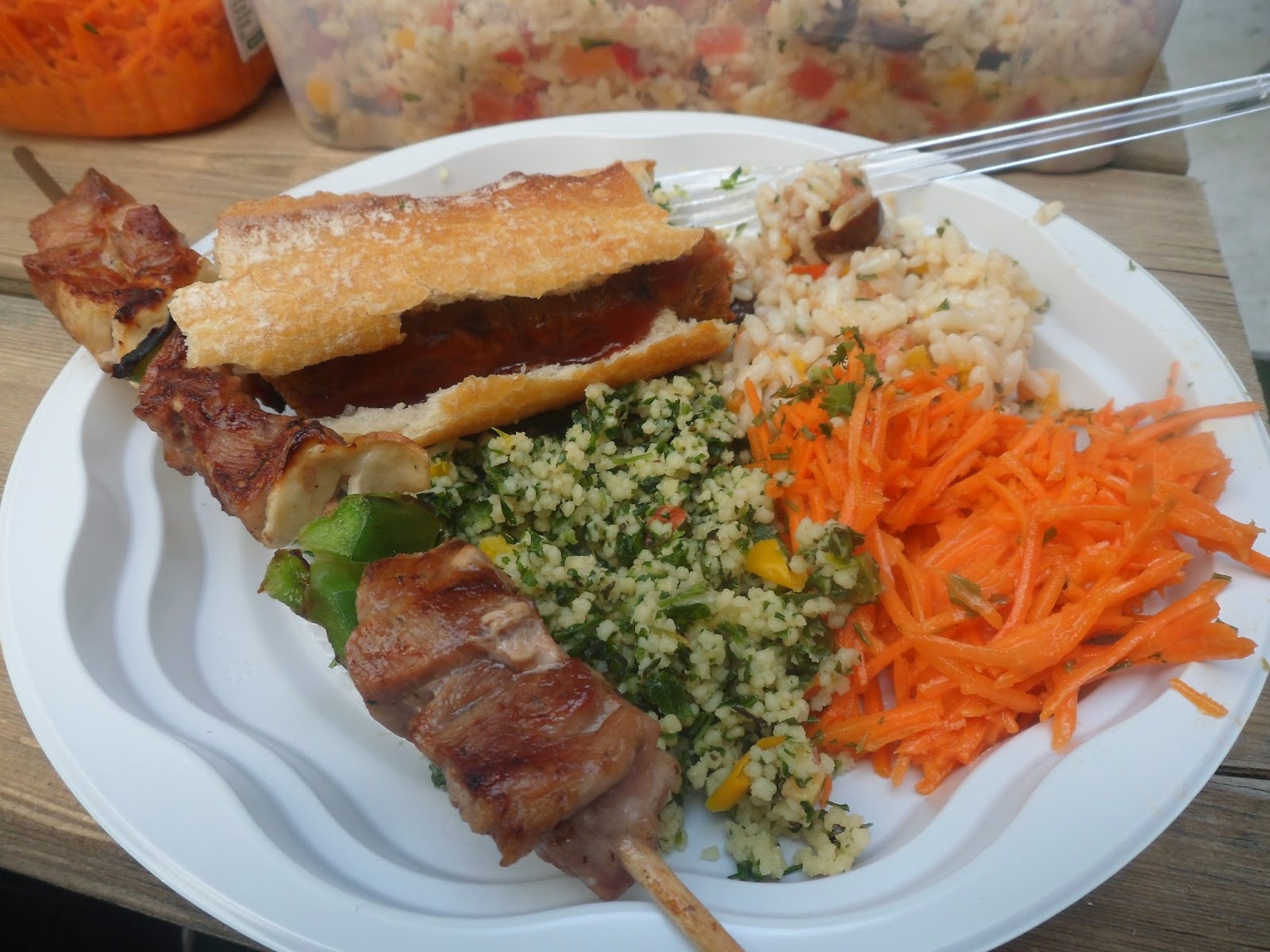 Today was the last day at La Métisse for three of my co-workers, so we had a barbecue during the lunch break to celebrate! At least I think that was the reason. It could also be that my boss was just in the mood to have a barbecue on the newly-cleaned patio, and the send-off thing was just a bonus. I didn't feel the need to ask, so I'm not sure. Either way, everyone seemed to enjoy themselves while eating and taking, and our one-hour lunch break lasted for two hours. And my boss bought everything; we just had to cook it and set the table. Free food and an extended lunch break? Absolutely no complaints from this chick! 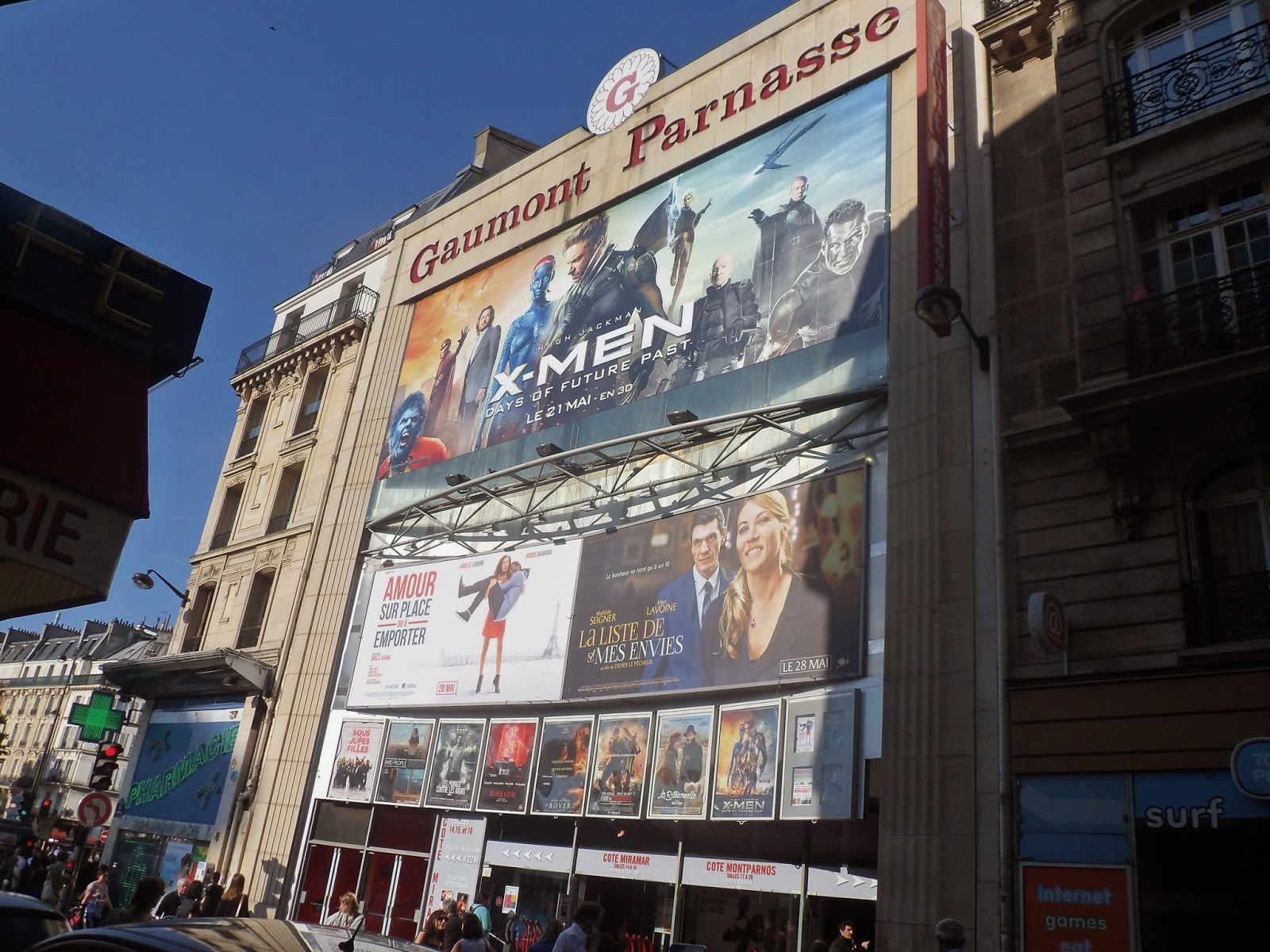 After work I headed to Gaumont Parnasse to see the Chinese crime thriller/drama, Black Coal (or Black Coal, Thin Ice). I first saw a trailer for it when I went to see L'île de Giovanni a few weeks ago, and I heard that it'd won best film and best actor at the Berlin Film Festival. So I'd been eagerly waiting for it to come out since. But I got to the theater an hour early, so I walked around to see what the surrounding restaurants had to offer.

You ever have those times when you're really hungry, but don't feel like eating? That was me this evening. I was walking around like I know I need to eat, and I am starving, but I just don't feel like it. Maybe that doesn't make sense, but eh well. I kept walking to keep my mind off my hunger, but that didn't work so well since there were restaurants everywhere. If you're in the mood to eat out but can't decide what you want, go to Montparnasse. Never have I seen so many restaurants in one area! And never have I seen so many crêperies in one place! Granted I only went down three streets (Rue du Départ, Rue d'Odessa, Rue du Montparnasse), but Lord have mercy they were everywhere. Too bad I wasn't in the mood for crêpes. 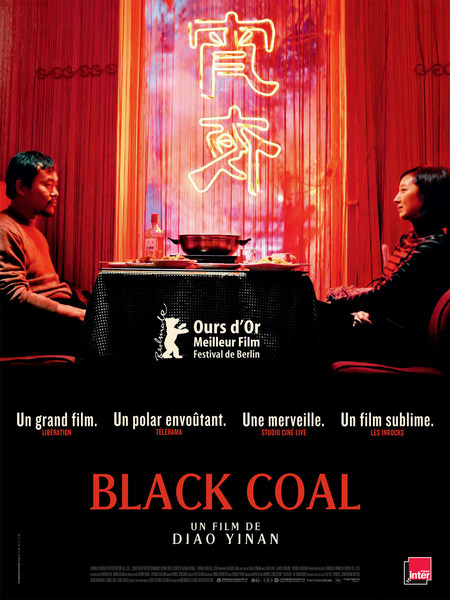 Eventually enough time passed for me to go back to the theater to see Black Coal. Set in 2004, it's about a troubled ex-cop who helps solve a case of multiple murders and disembodiment that he'd started investigating back in 1999. A mysterious woman is connected to all three murders, and while pursuing the case said cop becomes infatuated with her.

I left the movie theater and was originally going to head straight "home" to eat dinner and turn in for the night. I was just about to go down the stairs to the metro, when I stopped. Something told me to keep walking around instead of leaving right way. So I did. I went up Boulevard du Montparnasse one way and passed by Le Coupole, with its live Lousiana-style jazz band parading around the restaurant and its female staff dressed as flappers and dancing. I came back down the other way and passed by Notre-Dame-des-Champs. Then I kept walking, and all of a sudden a bunch of police on motorcyles appeared, blowing their whistles as their blue lights were flashing. Nothing was happening, so I didn't know what all the hullabaloo was about. But then I turned around to look back in the direction I'd come from, and rather than cars I saw a wave of rollerbladers. Hundreds of them! Just rolling down the boulevard, no big deal. They all seemed to be in a jovial mood, waving and smiling at people on the sidewalks who were staring and taking pictures of them. It was such a fun and unexpected sight to see! Staff member shirts identified the group as Pari Roller. Every Friday night you just sign up, pay to participate, show up at the meeting time and place, and you can rollerblade around Paris with hundreds of others. I haven't skated in years and I'm a 21-year-old old lady who doesn't like to stay out too late at night, so I probably wouldn't try this. But it looked like tons of fun, so if you're in Paris on a Friday night I encourage you to try it! 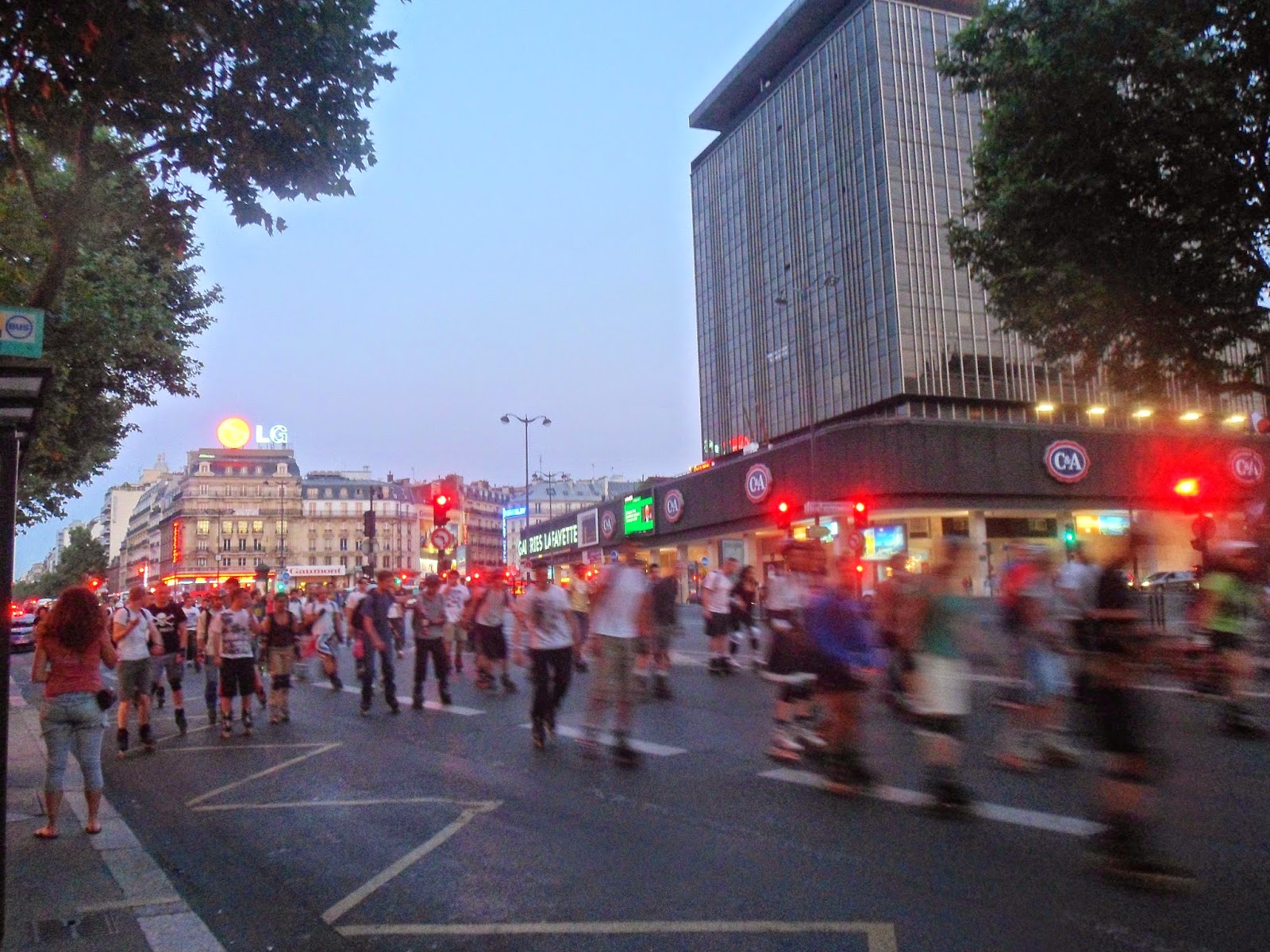 And to think, I would've missed all this if I hadn't followed my intuition.