You could say that I was still recovering from Thursday on Saturday. I didn't want to be out all day again, and I certainly didn't feel like going to another museum. So I figured, let's just go see a movie today. I'd enjoyed my experience at the cinema so much on Thursday that I wanted to go again. And I already had a film in mind, since it had came up while I was looking up information on  L'Île de Giovanni. I'll explain more about it in a sec. 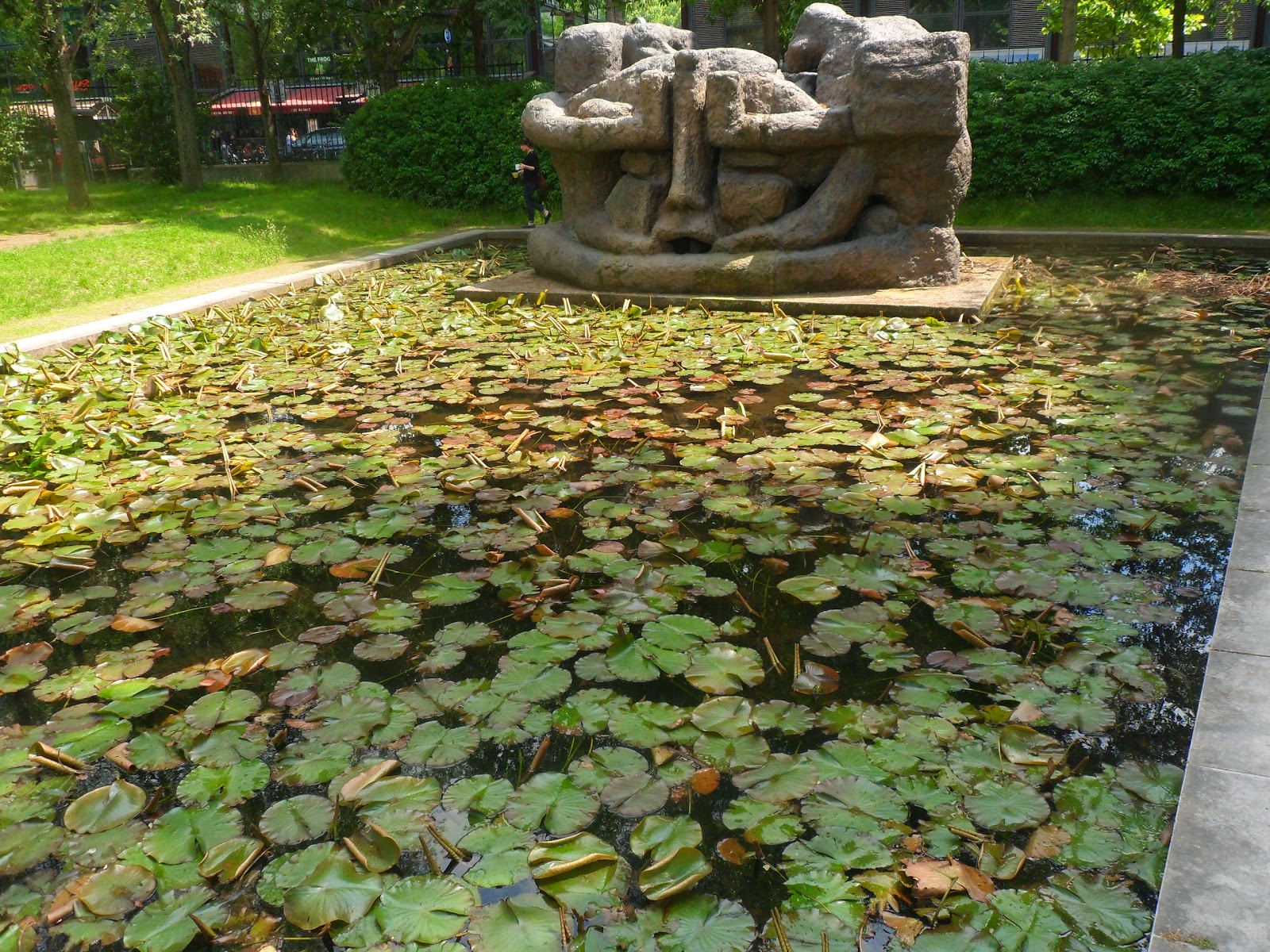 As an excuse to visit a new part of the city, I went to UGC Ciné Cité Bercy instead of the theater in Forum des Halles. Bercy is an area in southeast Paris that used to be its own village or commune. It's right across la Seine from the National Library (you know, that place I came upon when I got lost looking for Chinatown).  Anywhoo, when I was looking up more info about Bercy I saw that it has a pretty large and important park, so I headed over a couple hours early to give myself time to explore it. 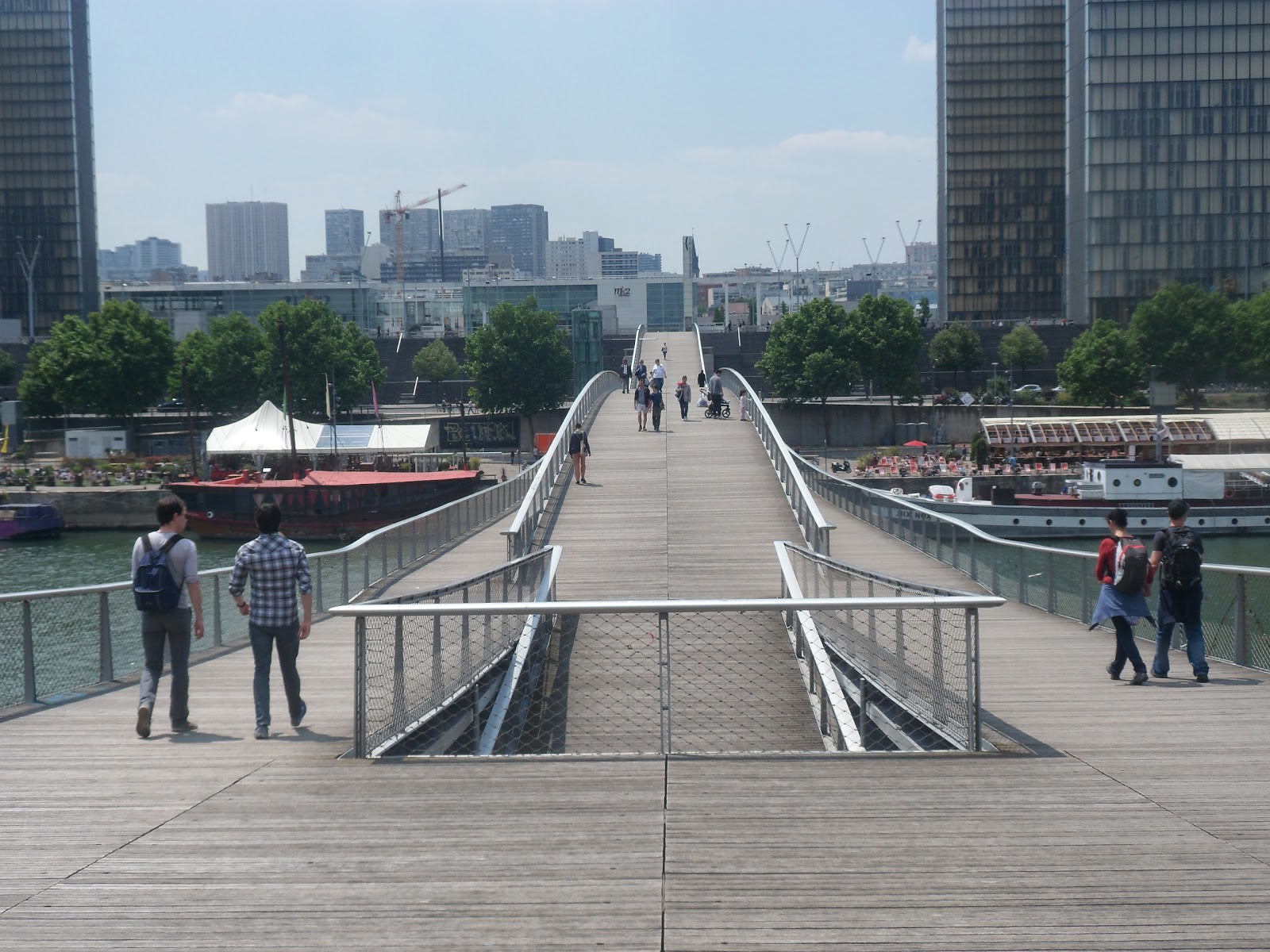 I was so surprised by what I found! Parc de Bercy is absolutely the most beautiful park of all the ones  I've been to in Paris so far. There's a lot more nature and wildlife in this park, and yet it's also impeccably groomed and organized with gardens, statues, bridges, and other structures. I don't know how they manage to have all that at the same time, but it works. My favorite part was la passerelle Simone-de-Beauvoir, which is a huge, curvy, two-level bridge across la Seine that connects Parc de Bercy to the National Library's campus. The view of the river and all the hustle and bustle on the other side is phenomenal. I would've walked across and back, but I had to return in time for the movie to start. I also really enjoyed looking at all the statues that are situated on the Parc de Bercy side of the bridge. They were a little hard to make out, but basically each one is supposed to represent a different country or culture in the world. After taking in la passerrelle I walked back through the park to meet my friend S at the cinema. S is an Australian young woman who I met in my afternoon classes. I hadn't given her much notice beforehand on Saturday, but when I invited her to join me she kindly accepted without question. The movie we went to see was a Chinese film with French subtitles, called Le Promeneur d'Oiseau (or, The Nightingale). It's about an old man who takes his granddaughter on a trip from Beijing to the little country village in which he and his deceased wife were born and raised. His personal mission is to return a bird that his wife had given him to said village, as he'd promised years ago. Along the way, he and his granddaughter bond, and the audience gets an insight into the Chinese countryside, tradition, and family values. It's a very simple film, and the images that it juxtaposes between tranquil country living and modern Beijing are stunning. 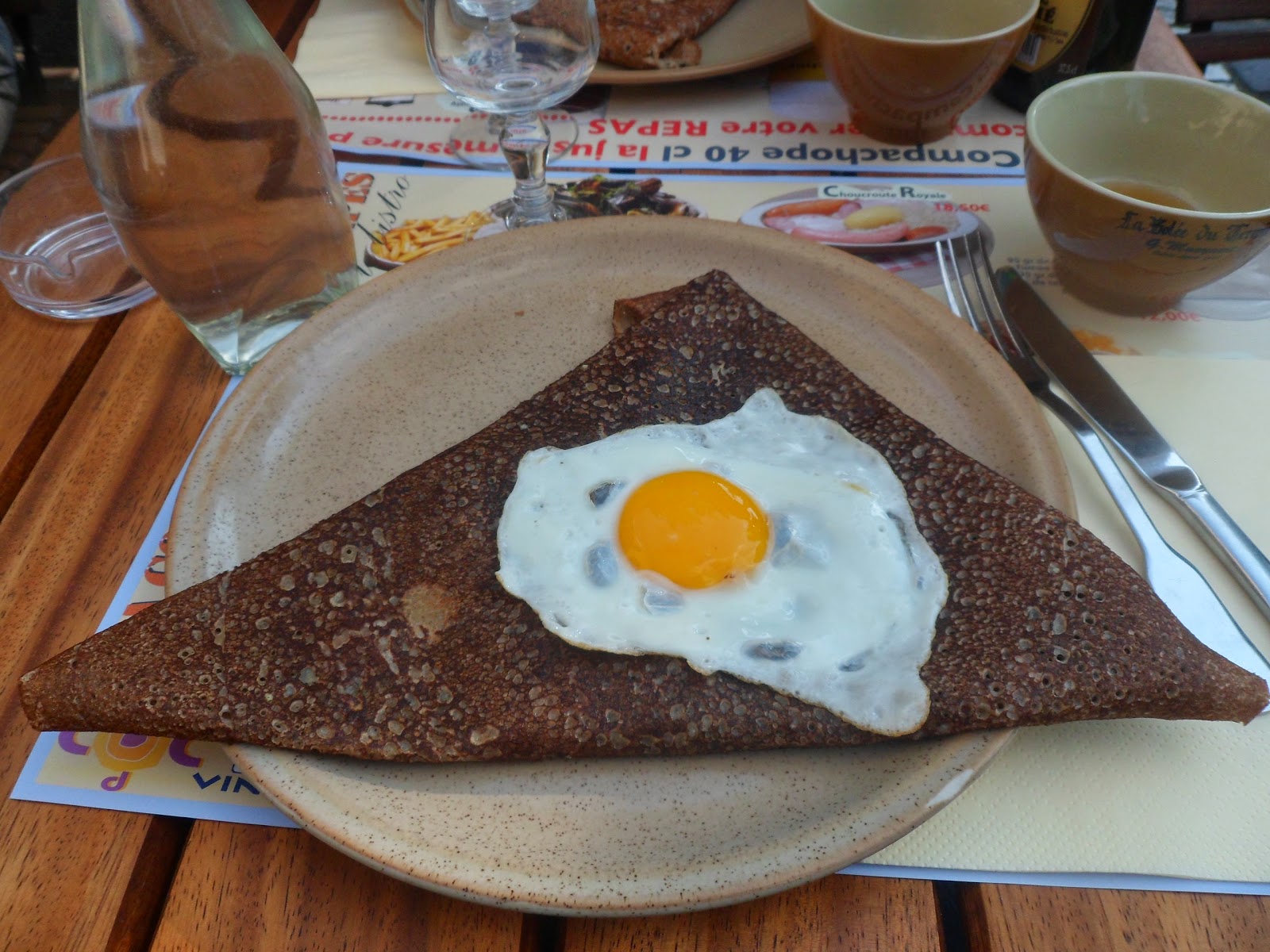 After the movie Sarah and I sat for a gallette complète each at a restaurant called La Compagnie des Crêpes . It wasn't terrible but... I wouldn't recommend this place. The food was overpriced and kinda dry. Plus our server had an odd sense of humor and was a little too friendly. This was one time where the bad online reviews were right. La Compagnie des Crêpes is one of many restaurants and shops that make up Bercy Village, which is an outdoor mall made out of what used to be warehouses and wine storehouses. The weather was beautiful and there were so many different people passing by, so what our restaurant lacked in food quality it kinda (only slightly) made up for in ambiance.

Disappointing dining experience aside, my Saturday was a simple yet calming day spent hanging out with a new friend.