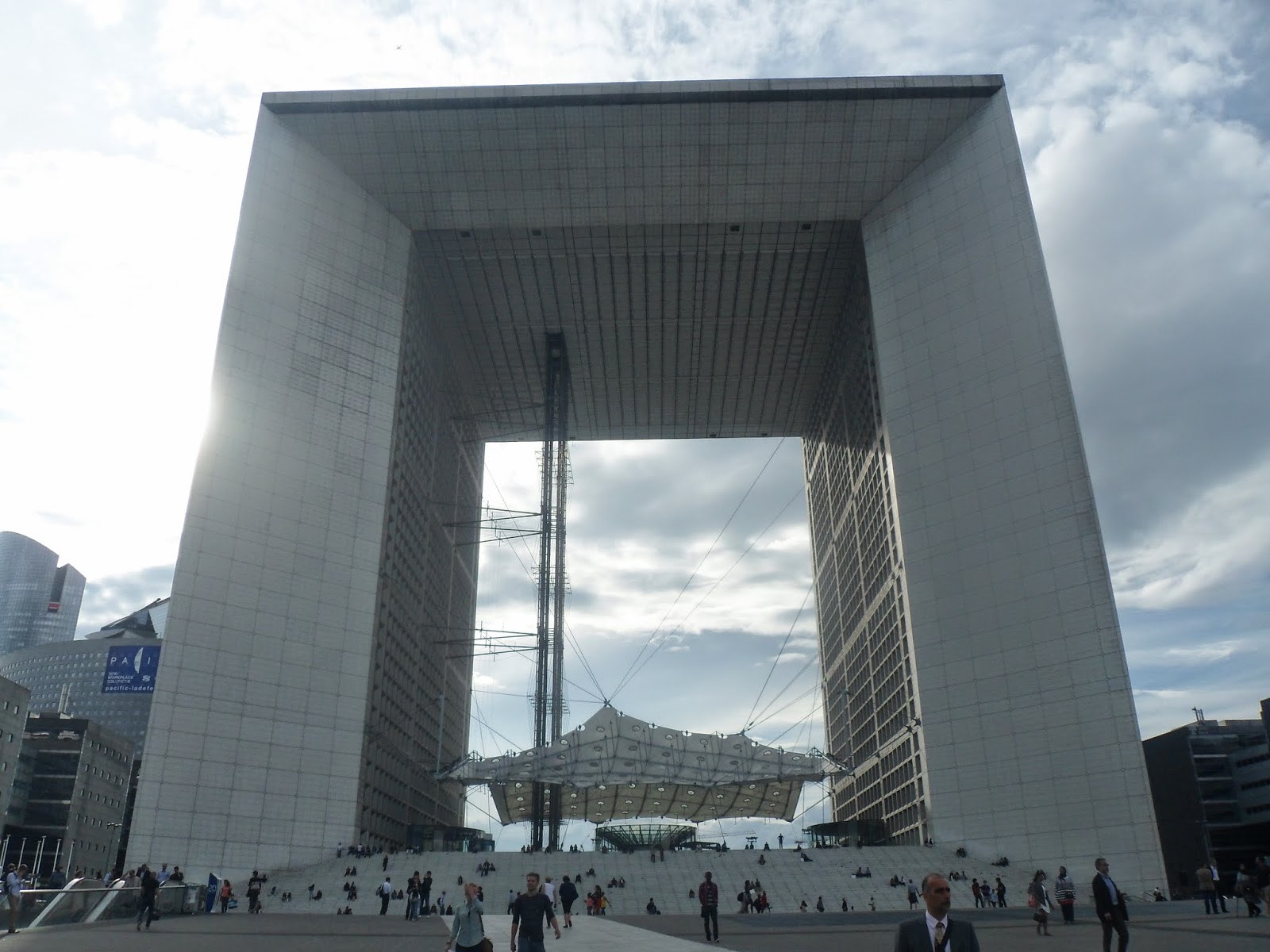 Friday night was another movie night for me! As usual I went to a new theater this time as an excuse to visit a new part of the city, and this time my destination was La Défense.

La Défense is a major business district in the Paris Metro area, but it's not actually part of Paris proper. This area was purposely built for business purposes, and here you'll see all the skyscrapers and high rises that aren't allowed in Paris (they would ruin the city's image and take attention away from the Eiffel Tower, apparently). So even though I didn't go very far, technically you could say that I ventured outside the city! Had to get on the freeway to get there and everything! 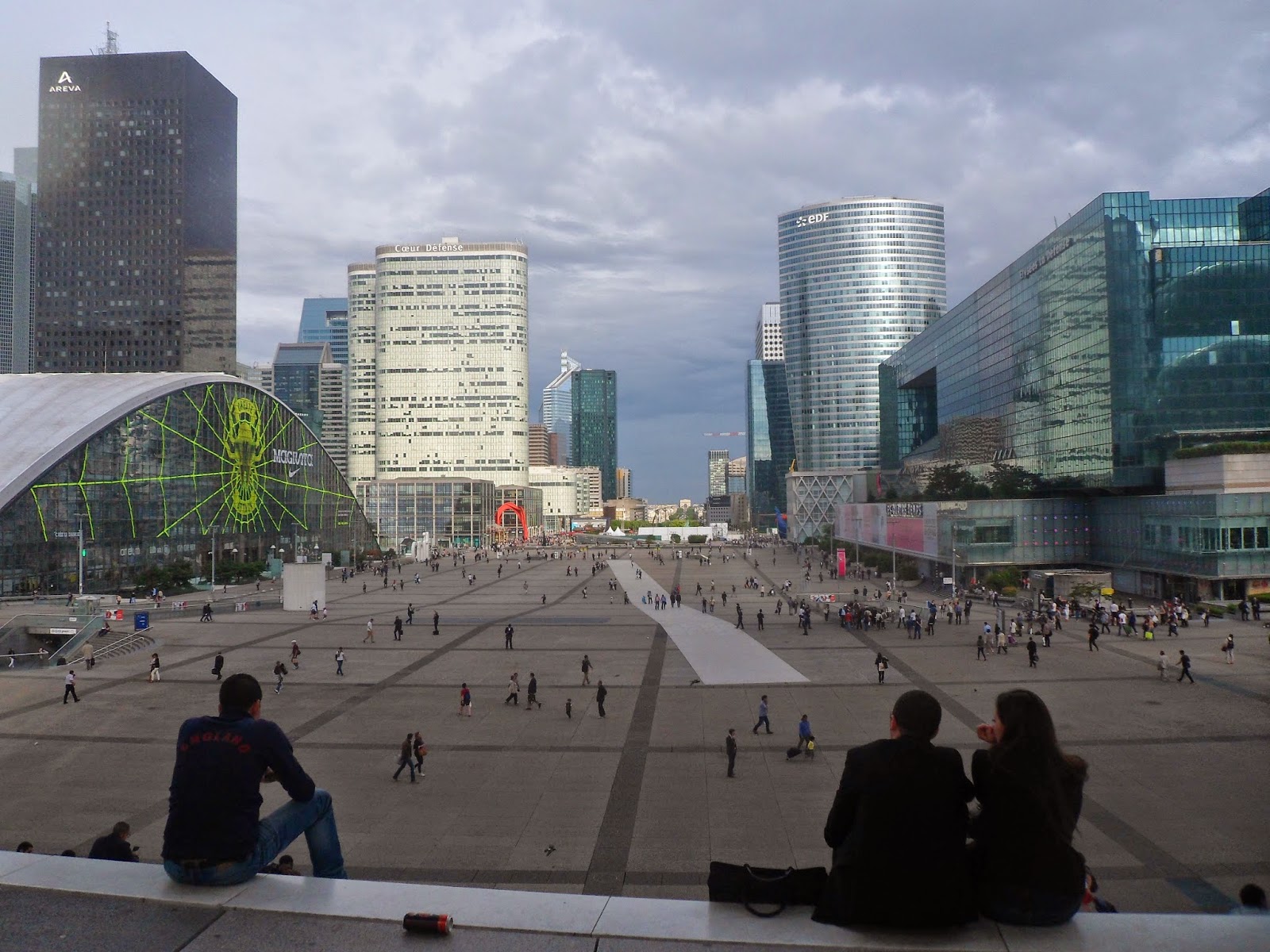 I was heading to UGC Ciné Cité La Défense to see Le Conte de la Princess Kaguya (かぐや姫の物語 / The Tale of Princess Kaguya), which is a Studio Ghibli adaptation of what is thought to be Japan's oldest folktale. Kaguya comes to Earth from the moon, and a bamboo cutter finds her in the form of a small infant in a bamboo shoot. She is raised by said bamboo cutter and his wife, who recognize that she's a divine gift and thus groom her to be a princess. The film portrays her life from infancy to princess-hood to her return to the moon. 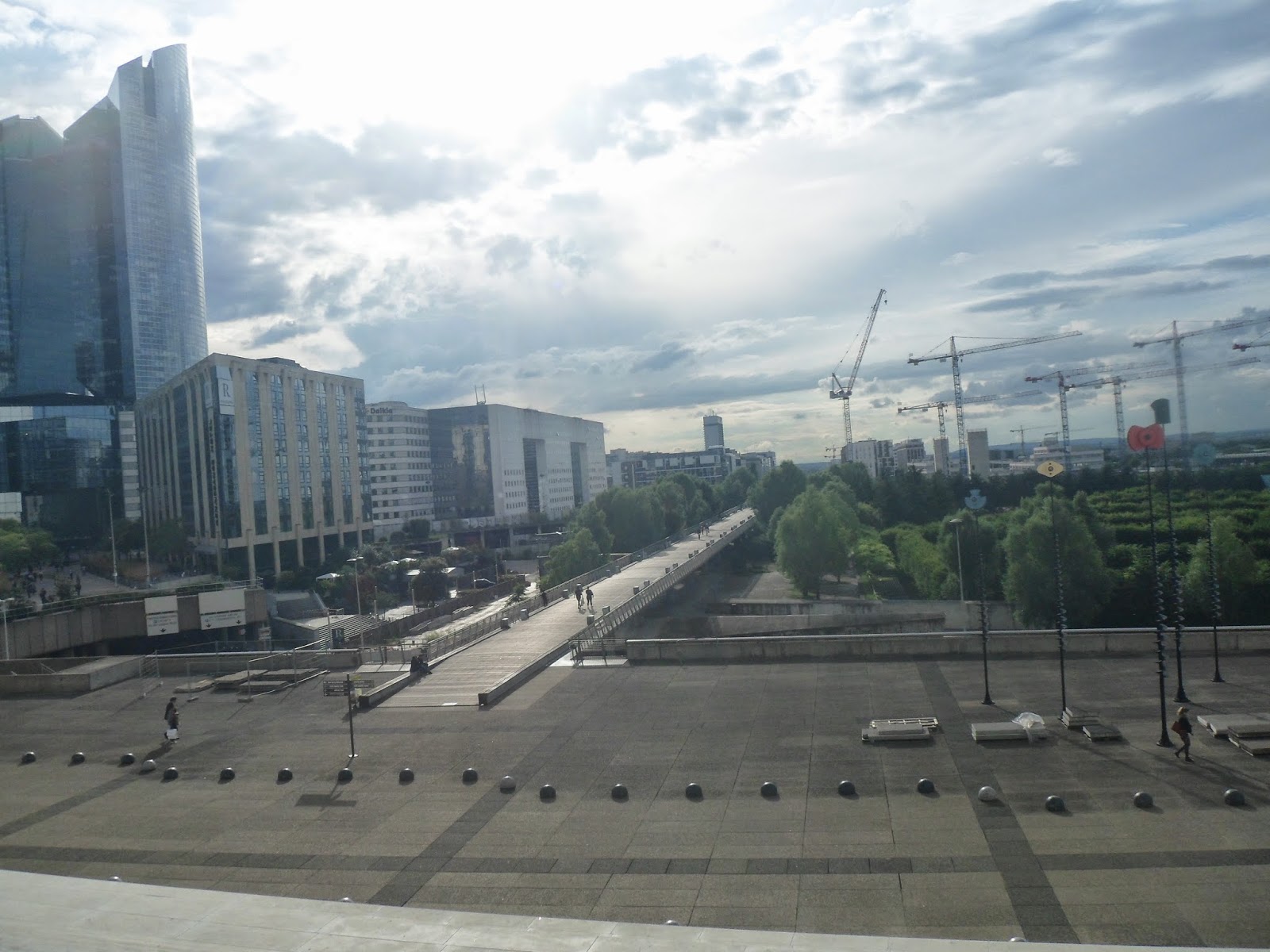 I'd originally planned to go to the 7pm showing, but it took two buses to get over there and I missed it. So I had almost 3 hours to spend until the next and last showing at 9:45pm.

The bus stop I got off at is in the middle of this huge plaza that holds a mall called Les Quatre Temps and the not-as-famous-as-it-could-be Grande Arche de la Défense. I climbed the steps to stand directly under the arch and get a view of the scenery on both sides. 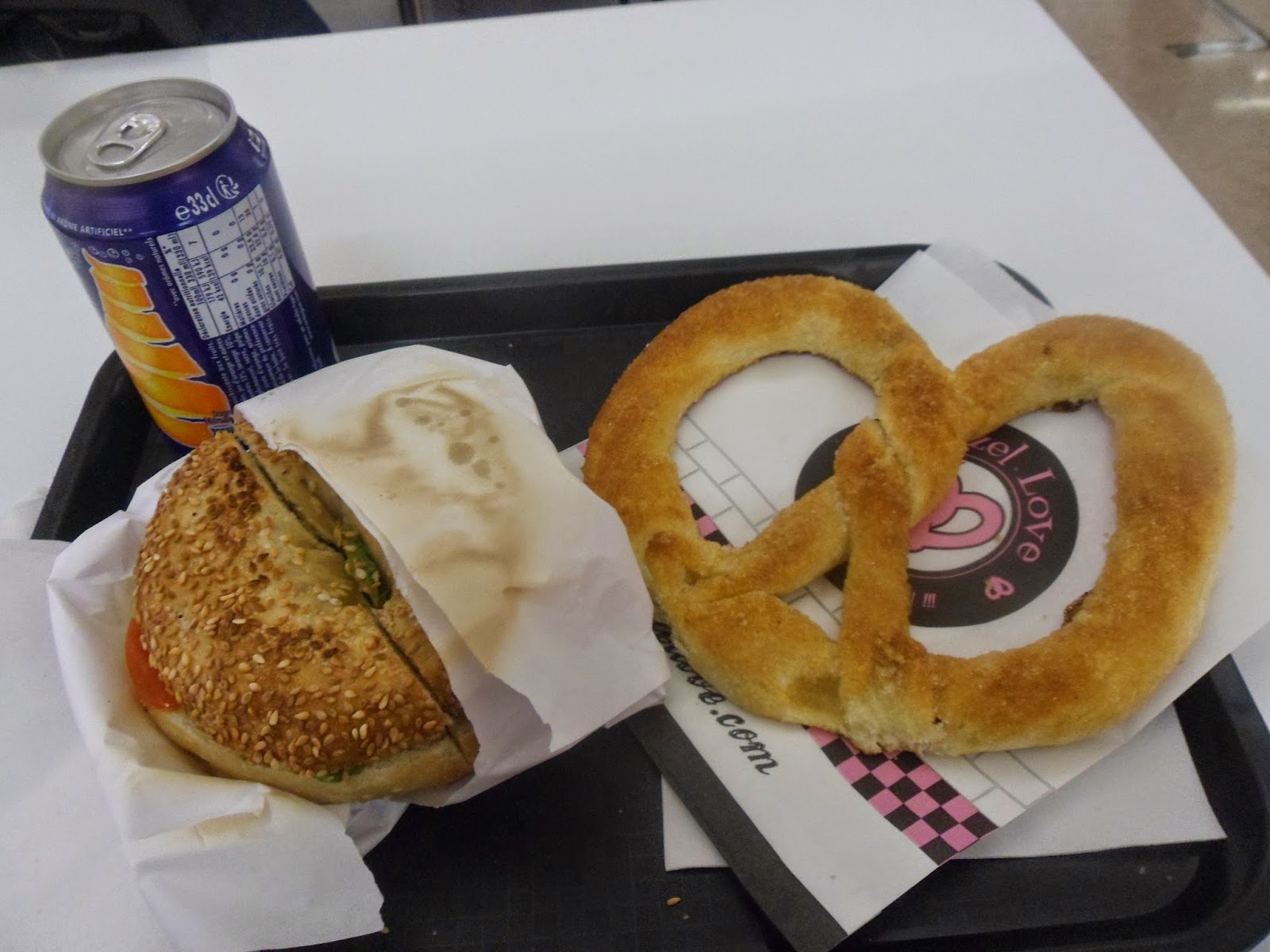 After taking in all I could, I descended the steps and walked around the mall for a bit. Out of the many food options available I settled on a stand called Bretzel Love, which is like Auntie Annie's in the States but with a greater variety of options and slightly larger pretzels. I passed by one when I went to the movies at Forum Les Halles a while ago and have wanted to try it since. Now was my chance! I had their Las Vegas bagel (turkey, avocado, tomato, and mustard) and a cinnamon "bretzel". Mall food that did not disappoint! 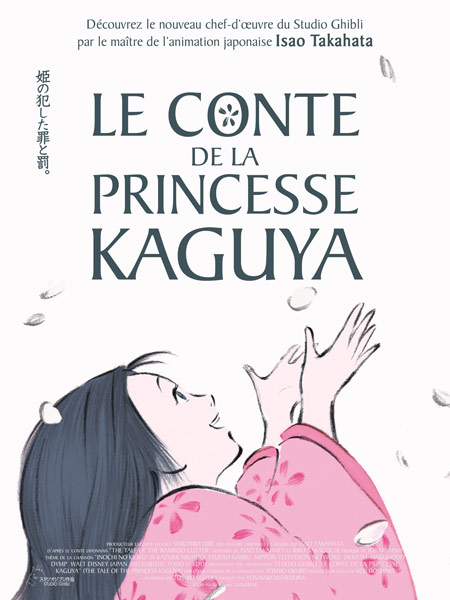 I then headed to the theater (which is attached to the mall), and waited another hour and a half until La Conte de la Princesse Kaguya started. It. was. amazing! Such a beautiful film! The story was rich, the animation was clean and uncomplicated, and there were so many life lessons you could take away from it. My favorite lesson was that we have to be mindful of how we raise girls, what we mold them into, and the ways in which we tell them what they can and can't do. This was my first time seeing a Studio Ghibli film that isn't Miyazaki Hayao's work, and I have to say that they've really outdone themselves with this one! I would recommend this film to everyone, especially children, and extra-especially little girls!


I rode the metro "home" after getting one last look at la Grande Arche in the dark.