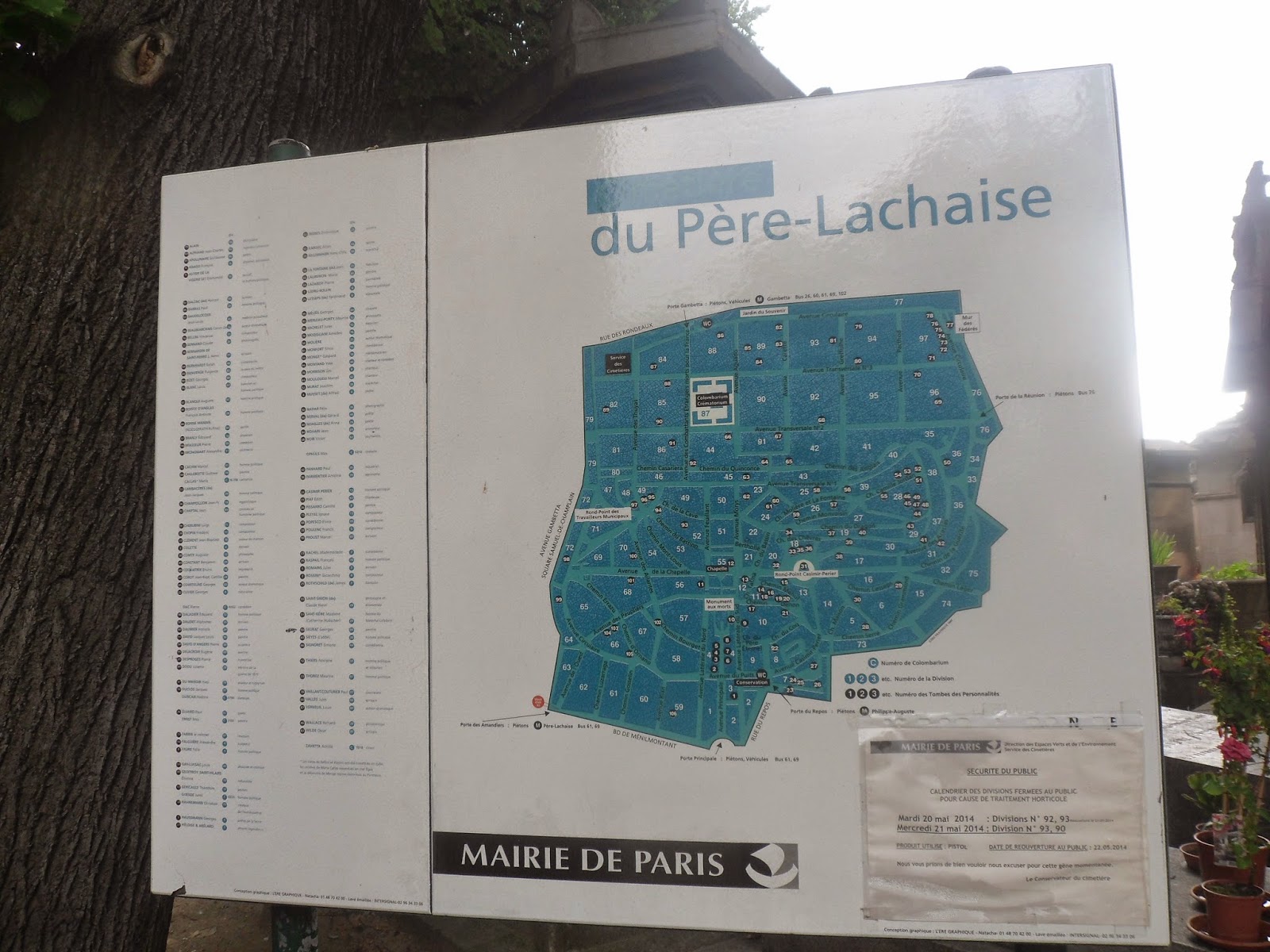 I spent my Saturday in a cemetery.

It would've been a waste to stay in all day, but I didn't want to be bothered by a bunch of people. So I figured le Cimetière du Père-Lachaise would do. I went there with a list of graves that I wanted to see, and let me tell you. Looking for specific graves in this cemetary is the scavenger hunt to rival all scavenger hunts. Being the largest cemetary in the city, I'd assumed that it would have maps available for its visitors. Nope. At each of its five entrances there are  large maps marked with the locations of the most-visted graves, but that's about it. It looked to me that if you want your own map to carry around with you, you have to get it yourself before you come. So that was a little inconvenient. I got lost and went in a circle a couple of times looking for the graves on my list. But on the bright side it was a beatiful day, and getting lost gave me plenty of opportunities  to admire the greenery and stumble upon some really creative tombstones.

Rather than to find every famous person's grave, my strategy was to locate the graves of people I had a connection with in some way. My list was as follows, in order that I found them: 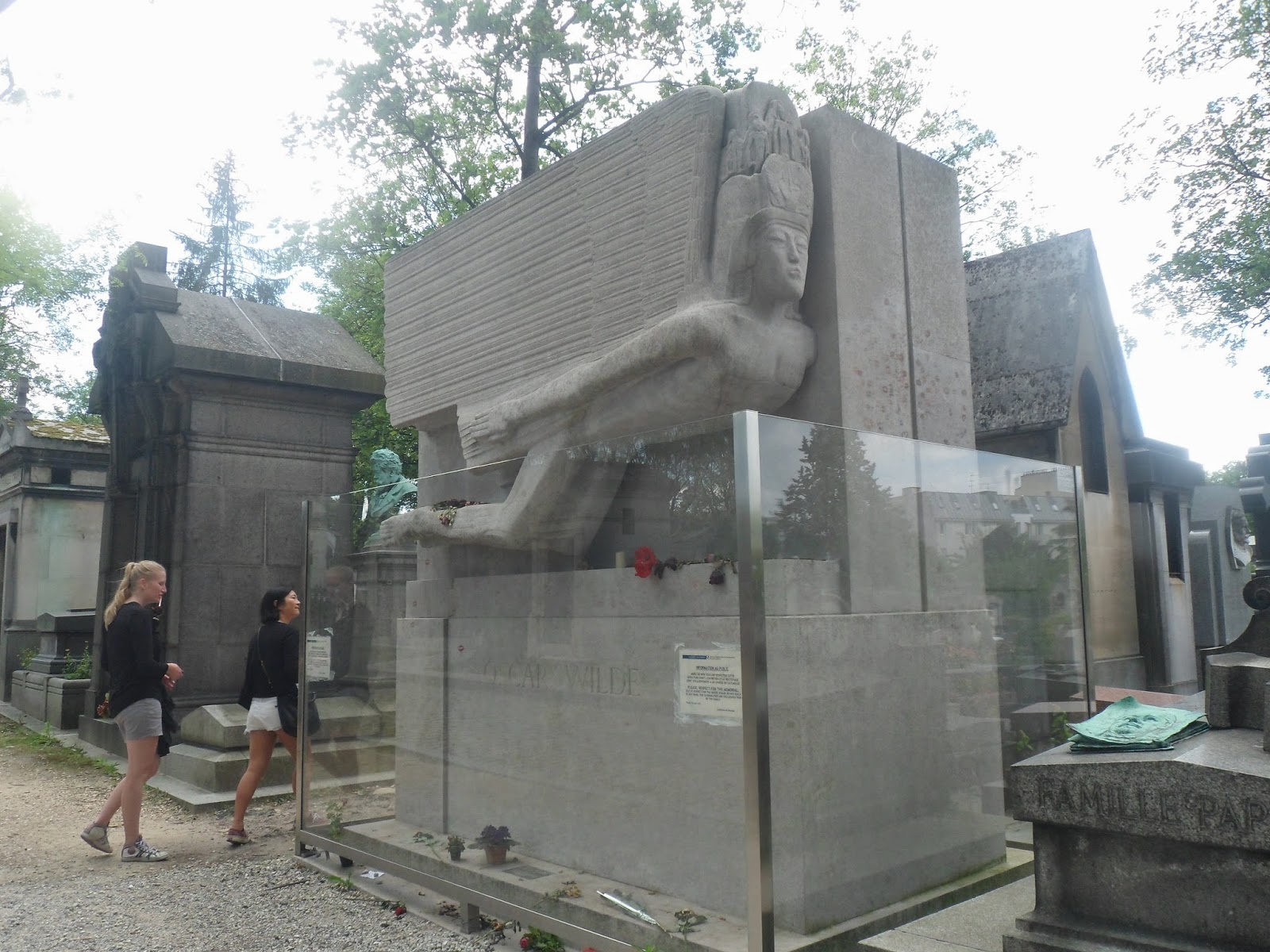 I was able to find all of these graves within a span of 4-ish hours of wandering. At first the idea of spending my afternoon in a cemetery seemed kinda creepy. And it did feel weird and solemn when I first got there, walking along columns and columns of graves and wondering who all these people were and what they meant to the folks they left behind. But I got over that after the first hour. Le Cimetière du Père-Lachaise is green, enormous, quiet, and not overrun with tourists. And paying respects to all those people who've had indirect effects on my life was an honor. I left the cemetery feeling strangely inspired and refreshed. From there I went shopping, reluctantly. Two of the tops I brought with me are no longer wearable, so I went to see if I could find some new ones. But truth is, I hate shopping. Not only does it take up too much time, but it frustrates me and makes me sad. I don't know how some women do it every week. I only buy clothes about twice a year, and usually it's because Ma makes me. But I digress. Having looked up online where to find grande tailles in advance, I made my way from Cimetière du Père-Lachaise to a C&A store on Rue de Rivoli. I found one shirt that fit and wasn't too plain looking, but I didn't end up buying it. I just really didn't feel like spending money on clothes, and I didn't want to settle for something just because it fit. 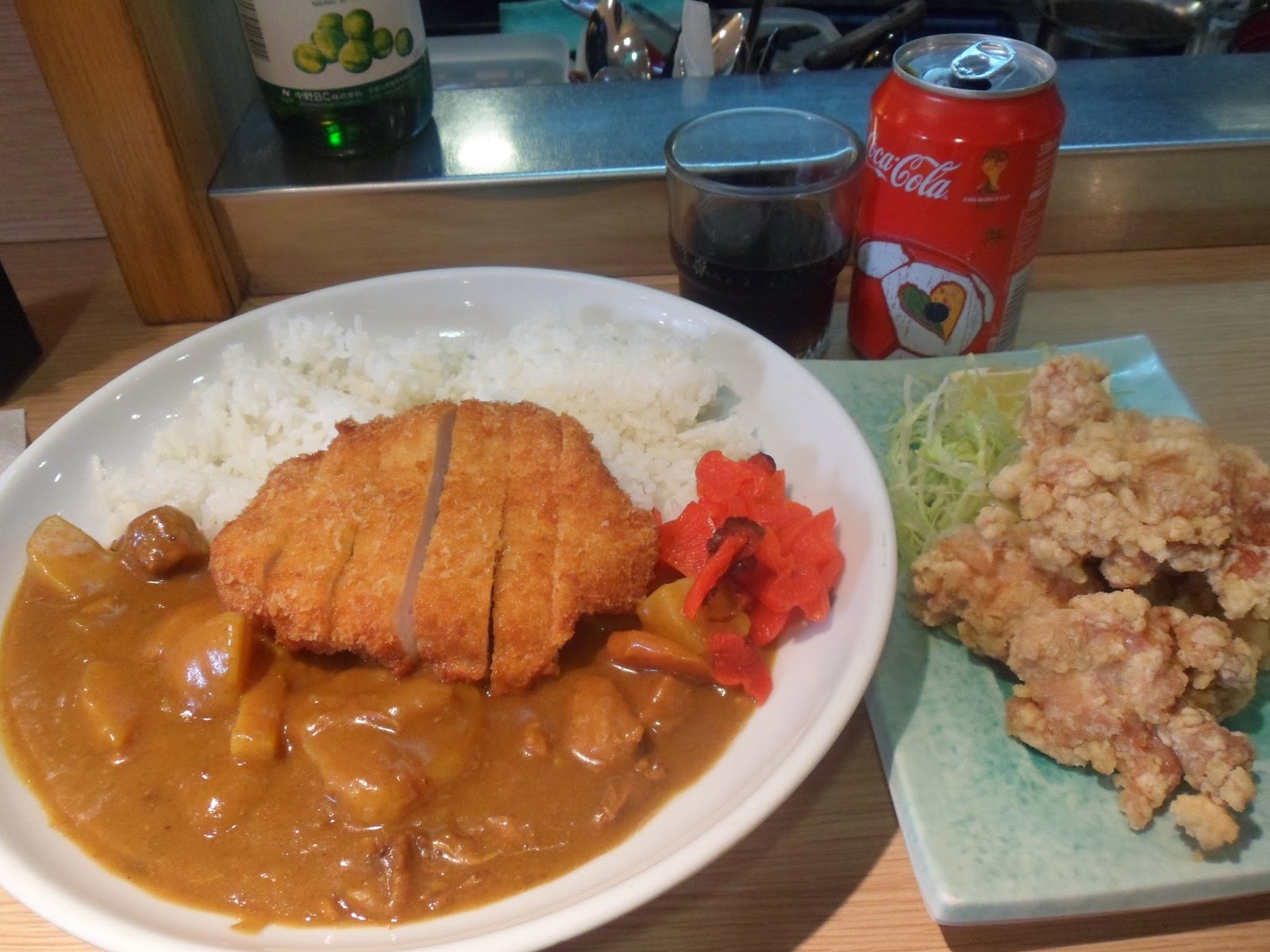 Before going "home' I returned to Rue Sainte-Anne to try the other Japanese restaurant I'd been interesting in going to, Aki. I ordered katsu curry and karaage. The karaage wasn't so great (absolutely nothing compared to the one at Johnny's Ramen on Bell Road in Hikone). But the katsu curry was excellent. The only real downside to Aki is that the staff isn't all that friendly. It's not that they're mean or rude, but it seems like the staff is just really focused on their work and getting everyone in and out as quickly as possible. No time to talk or be cordial, I guess.