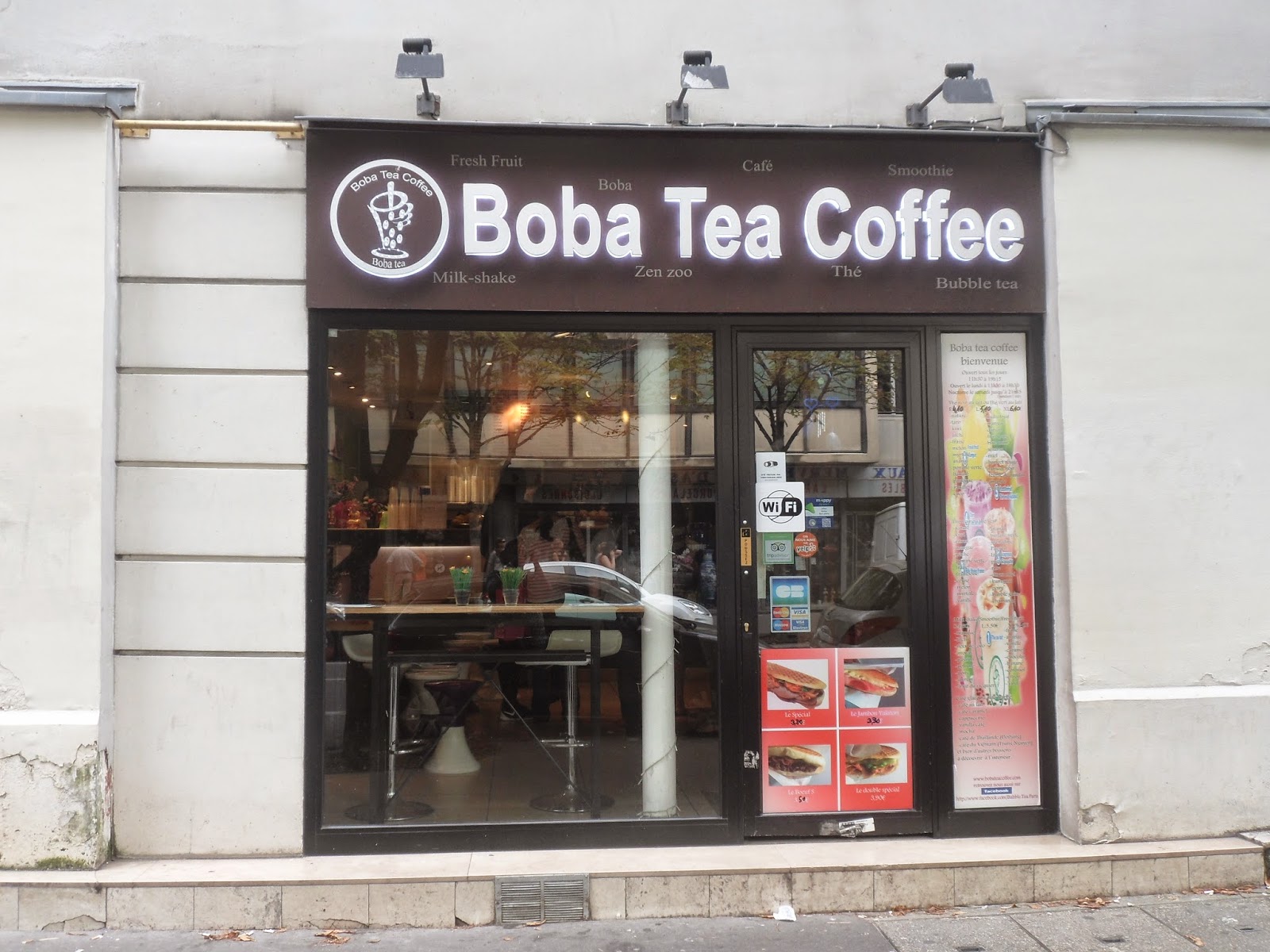 Yet again, there wasn't anything special that I wanted to do today. I'd been trying to read Évidences invisibles all summer, and I still hadn't finished it yet. So today I just wanted to go somewhere peaceful that had food, where I could sit and finish my book without being bothered. Since I hadn't had bubble tea in a while, I headed to Boba Tea Coffee on Avenue d'Ivry in Chinatown. 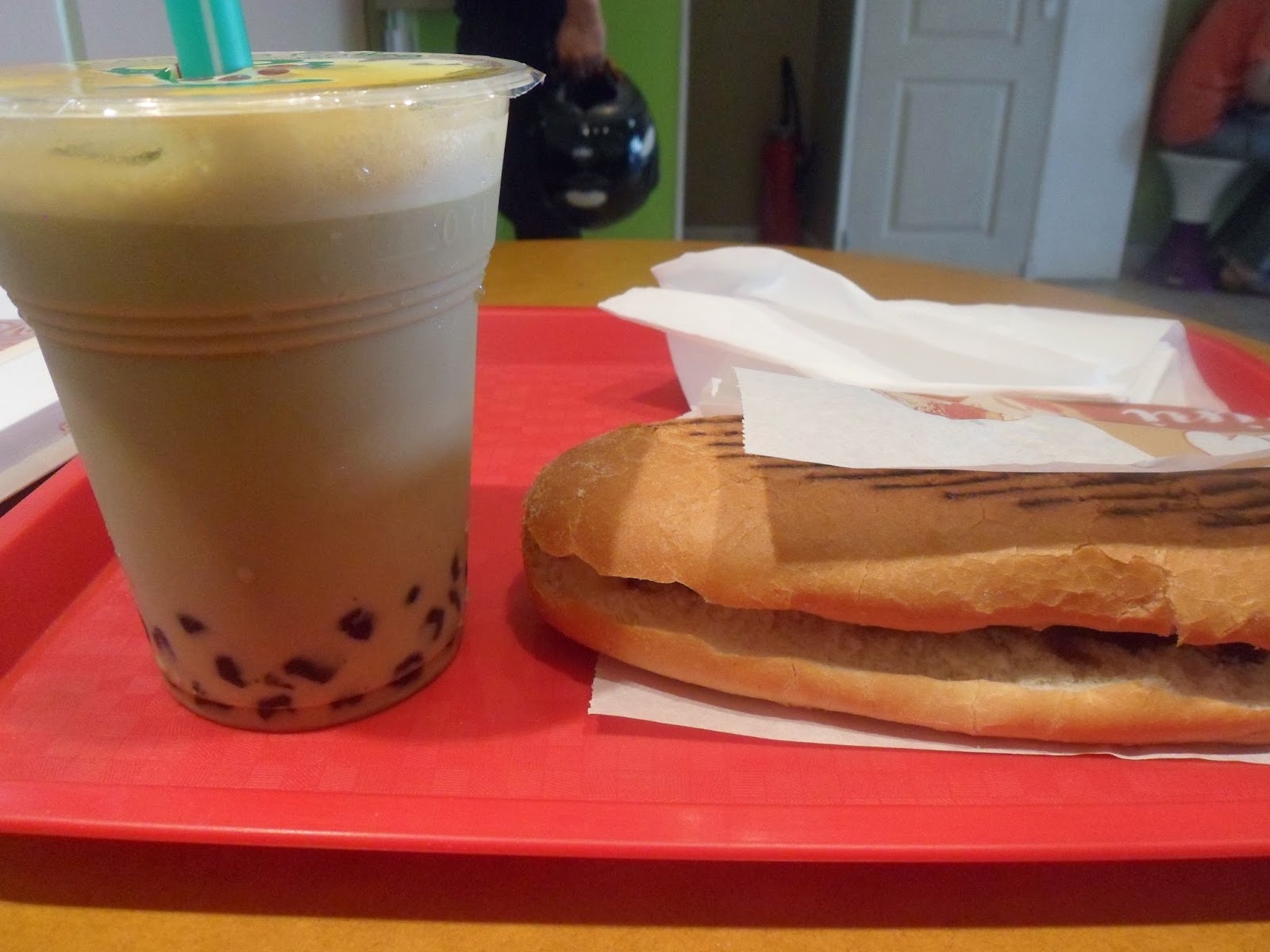 A number of reviews online claimed that this place has the best bubble tea in Paris. (This goes for both locations, which are on the same street.) Judging from photos it also seemed like a great hangout spot, with its colorful decor, open layout and working TV. When I got there, I realized that Boba Tea Coffee was just what I'd had in mind! Steady flow of people but not too many, music videos playing on the NRJ channel, and enough noise to keep me awake (I can't focus when it's silent). So I was pleased before I'd even ordered anything. Speaking of which, I chose their kiwi-flavored black milk tea and their jambon yakitori, which is basically a ham and cheese panini with soy sauce. I'm not a boba connoisseur so I couldn't tell you if it was in fact the best in the city or not. I can tell you that it beyond satisfying, though! And the jambon yakitori hit the spot. Absolutely no complaints here. 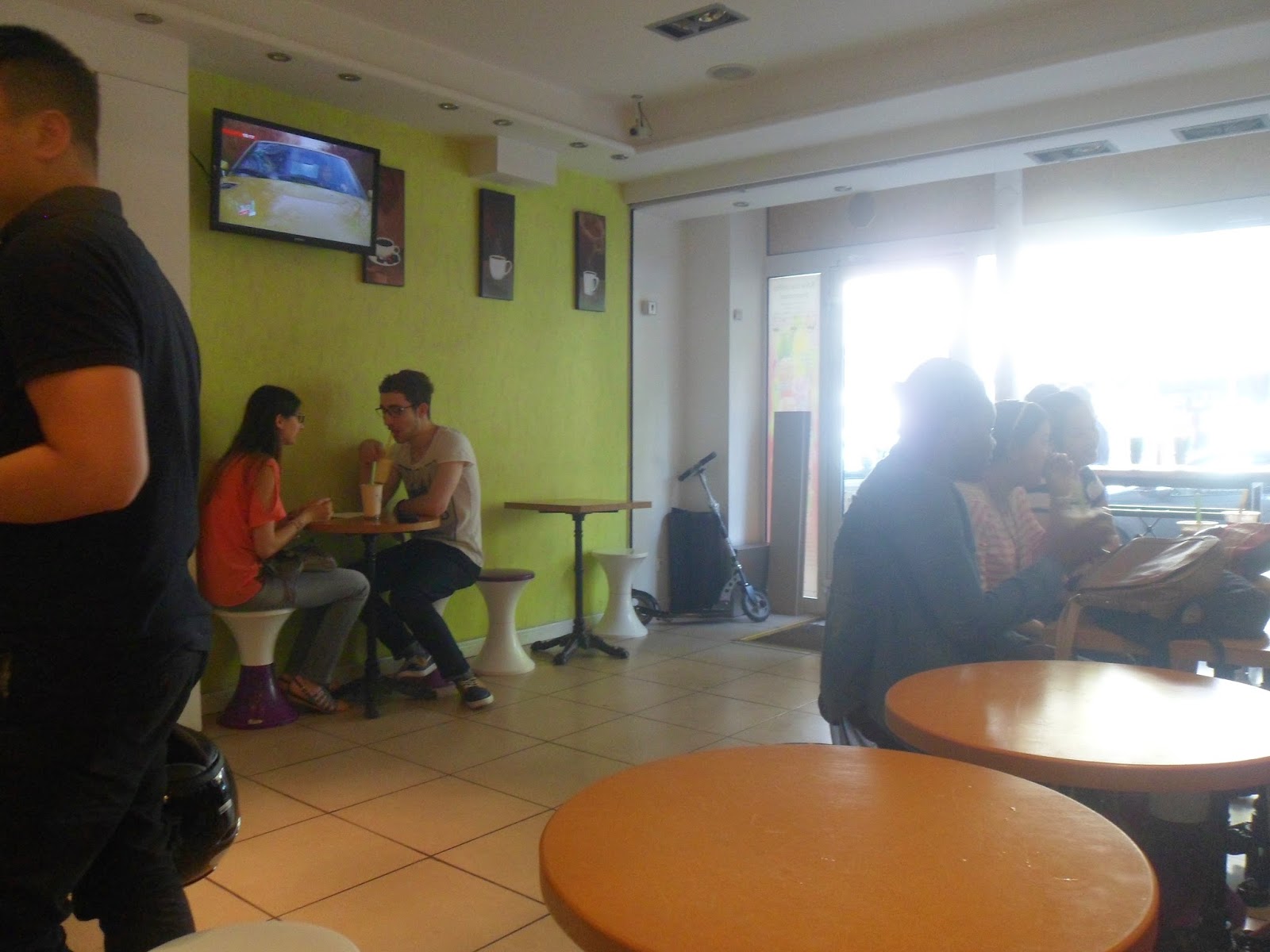 I was at Boba Tea Coffee for nearly 4 hours reading and people watching. At one point a woman asked to join me at my table while waiting for her order. She was black,  forty- or fifty-something, extremely knowledgeable, and on sabbatical. She told me that her name was Maï. She struck up a conversation with me and we ended up talking for about an hour about current events, our experiences, traveling, the difficulties of learning languages, French and American cultural differences, yoga as a spiritual practice, and so on. She was so nice, and she had quite the reassuring laugh. Before leaving she insisted on giving me her name, number, and address. She told me that if I'm too busy this week (since I'm leaving), I can contact her whenever I'm back in France. "Even if that's like 10 or 20 years from now." Yeah, I know. I still can't believe that happened. Like really, how often do genuinely nice people come out of nowhere like that? 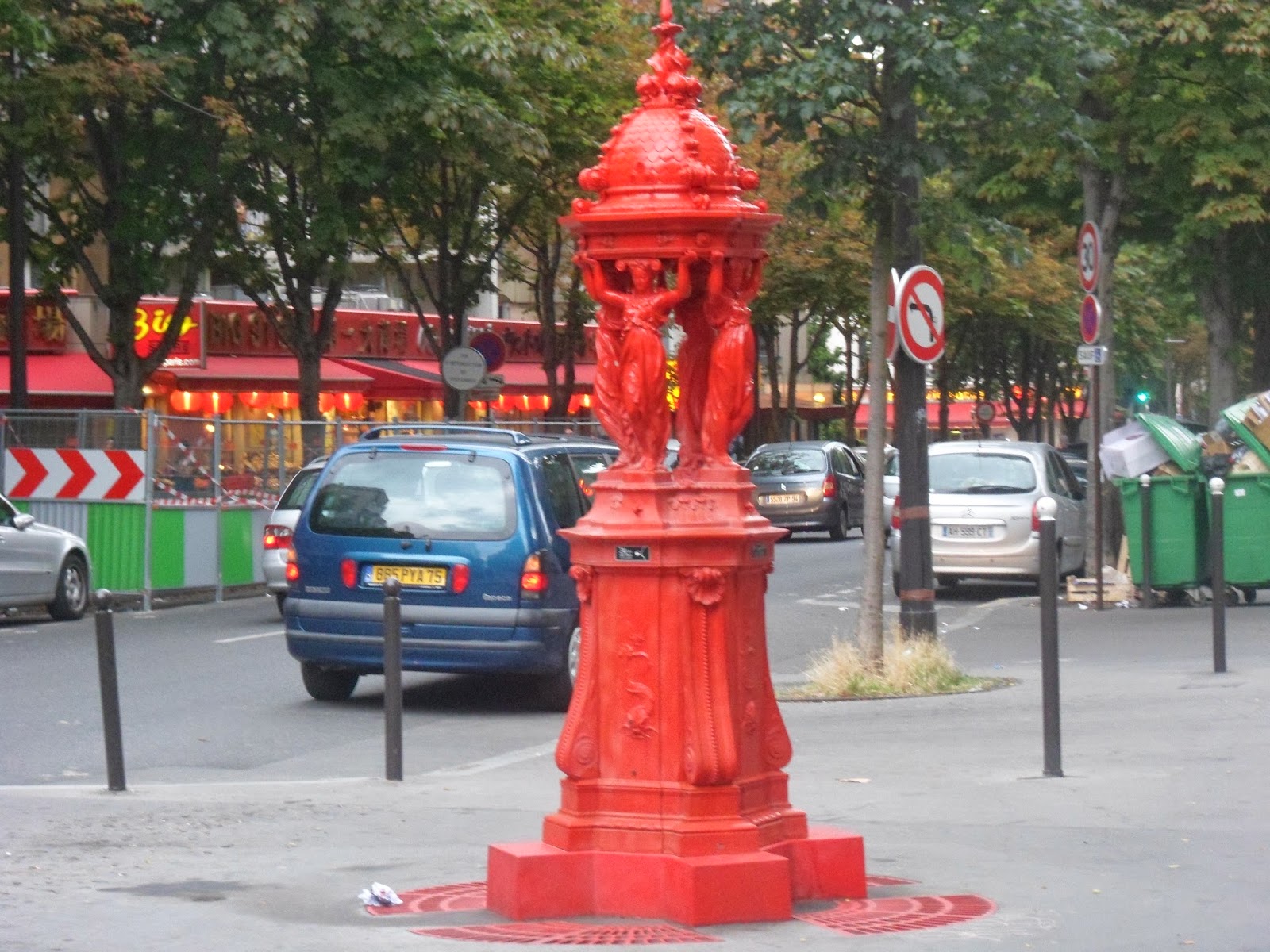 I stayed until I'd finished my book (hurray!) and then walked up and down Avenue d'Ivry before heading back "home". I realized that this was the kind of area I'd been looking for when I went to Chinatown the last time. Last time I was on avenue de Choisy, which has plenty of markets, restaurants and some shops, but doesn't have much going on. On the other hand, avenue d'Ivry is busier and more  geared toward visitors/tourists. Mind you I'm not saying one is better than the other; they're just different.


Before I'd left this afternoon M had asked me to get baguettes while I was out. I stopped at the bakery near us on my way back, and asked for two baguettes. Not only did they give me one for free, but I only ended up paying 1€90 in total. "Because it's soldes," the lady told me. For people who don't know, les soldes is a period in the summertime during which stores all over France lower their prices and have special sales. The closest thing I can compare it too is Black Friday, except it lasts 5 or 6 weeks and doesn't appear to be as shameful of a custom. I've also heard that Boxing Day is pretty similar. The thing is though, soldes mostly applies to clothing, accessory, and merchandise stores. I didn't know that boulangeries were in on it too! So yeah, today I got 3 baguettes for 1€90. Not bad at all!

I returned to the apartment to find M watching a show called '#CamClash', a hidden camera series in which unknowing people are put in difficult situations, while actors try to . Each episode has a different theme, and this one's was "Le serveur homophobe", where an actor posed as a waiter trying to force his anti-gay views on his patrons. The purpose of 'Cam Clash' is to see how people will react to what's going on and to encourage people to discuss the social issues that are related to the theme at hand. It's the same format as ABC's "What Would You Do?" in the States. Except this version is slightly more interesting to me because I'm not as familiar with French stances on social issues.

Nothing all that special or exciting today. It was pretty chill now that I think about it. And that suited me just fine.