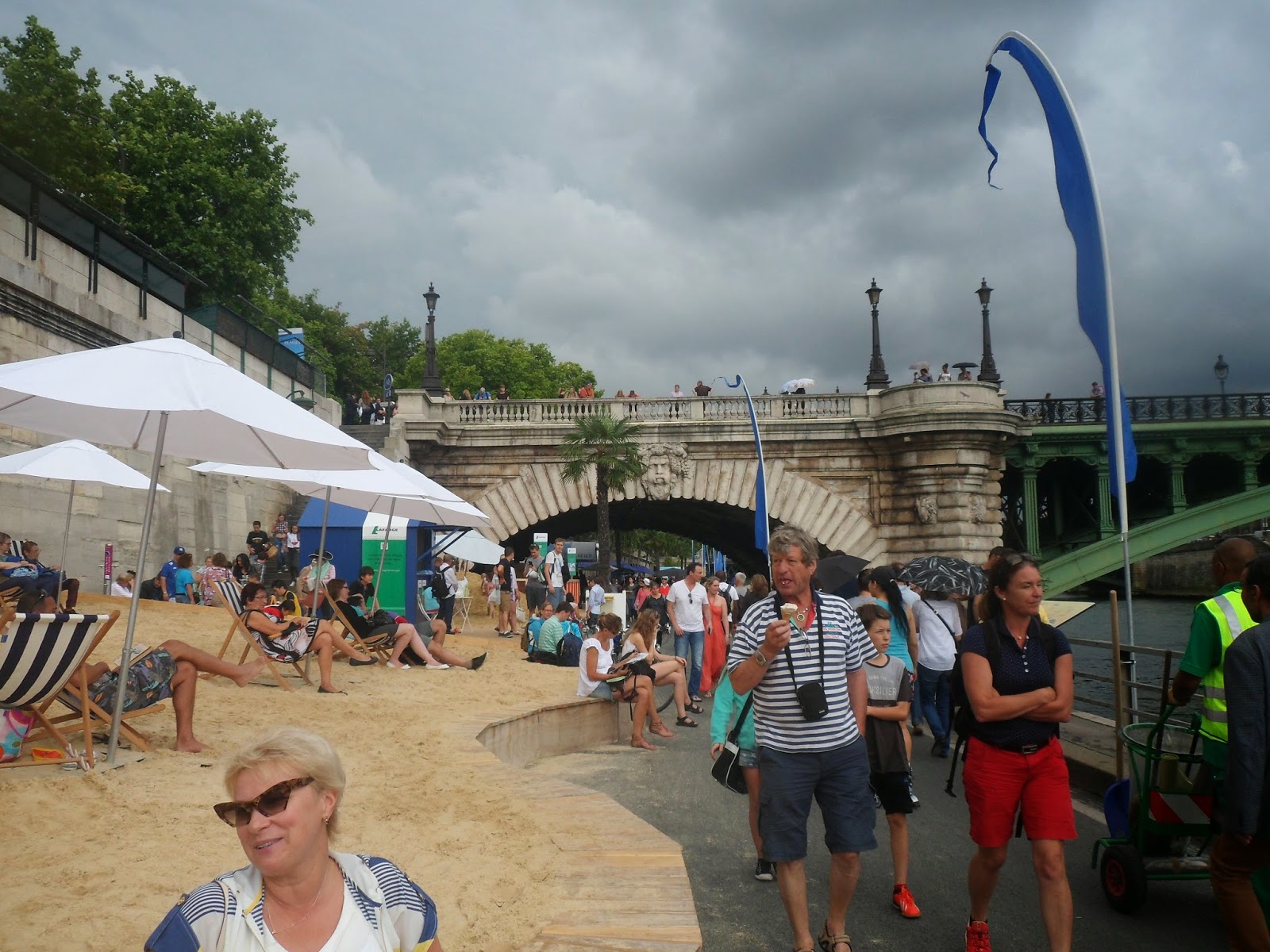 Following church this afternoon (so long, ACP!) I went down river to check out Paris Plages. Every year from mid-July to mid-August, a stretch of the bank along the Seine is transformed into a beach. They bring in sand and palm trees and everything. This event's title is plural (Plages) because there are actually two areas set up like this: one along la Seine and another along le Bassin de la Villette. However, the one that most people go to is along la Seine. I don't know how or why this event originally started, and with no place to swim it's certainly not very convincing to me as a "beach". But it's something fun and positive for people to do outside, and I can support that. 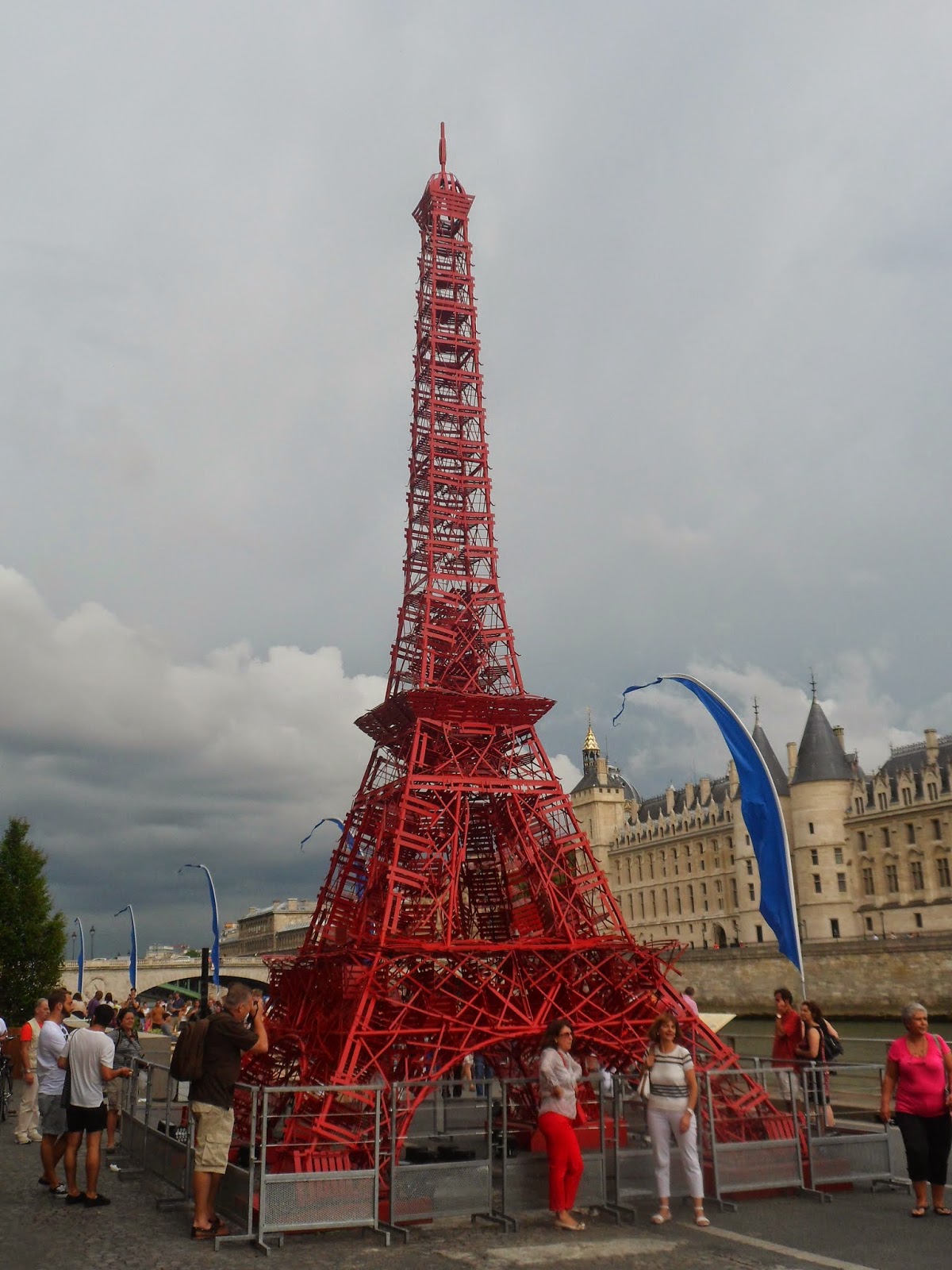 Rather than swimming, there's a whole bunch of other activities that you can do. This includes sunbathing, building sandcastles, playing table soccer (or "baby foot", as the French call it), participating in public dance classes, eating, and sitting to admire the river. There's also la Tour Bistro, a model of la Tour Eiffel made out of 324 red "bistro chairs". It was constructed to honor 125 years of the Eiffel Tower's existence. Apparently a little ways from the river bank you can also watch open-air films and enjoy performances from the FNAC concert series that's associated with Paris Plages.

This is only the information that I was able to gather from my own observations and maps that were displayed along the route. It's possible that there's a lot more going on as part of this event. Honestly I just went down there to check it out and say that I'd been; I had no intention of hanging out or doing anything there. So I walked along the "beach" from one end to the other and back, and then left. Despite the rain and humidity there was still quite a crowd, and folks seemed to be enjoying themselves and in good spirits. After having visited I have to say that Paris Plages isn't really my thing, but I would recommend going at least once. 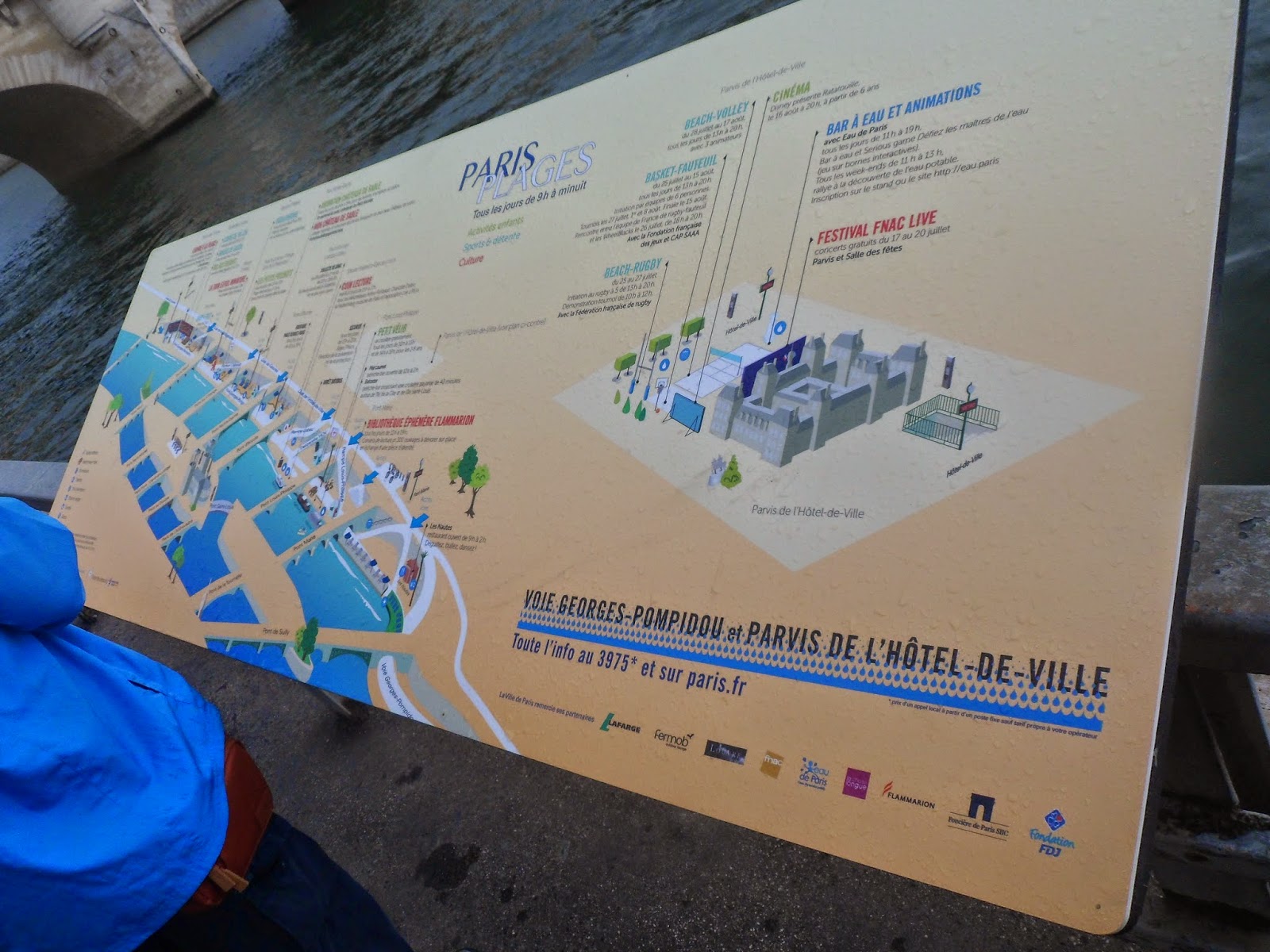