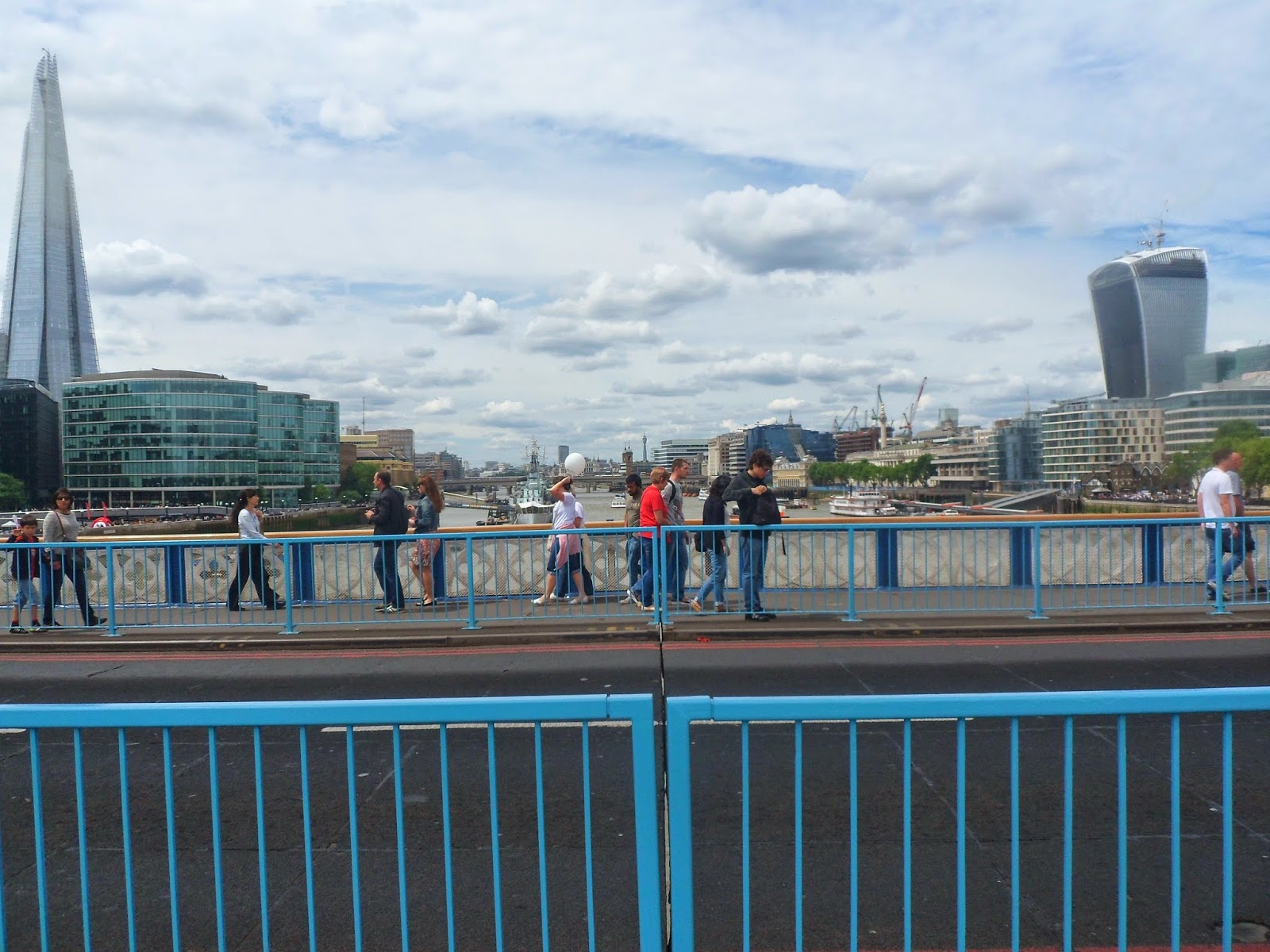 After having our picture taken and admiring the bridge from the riverside, Anna and I walked across Tower Bridge. I decided to be a daredevil and stand right in the middle, where the two sides of the bridges sometimes lift  to make room for ships. 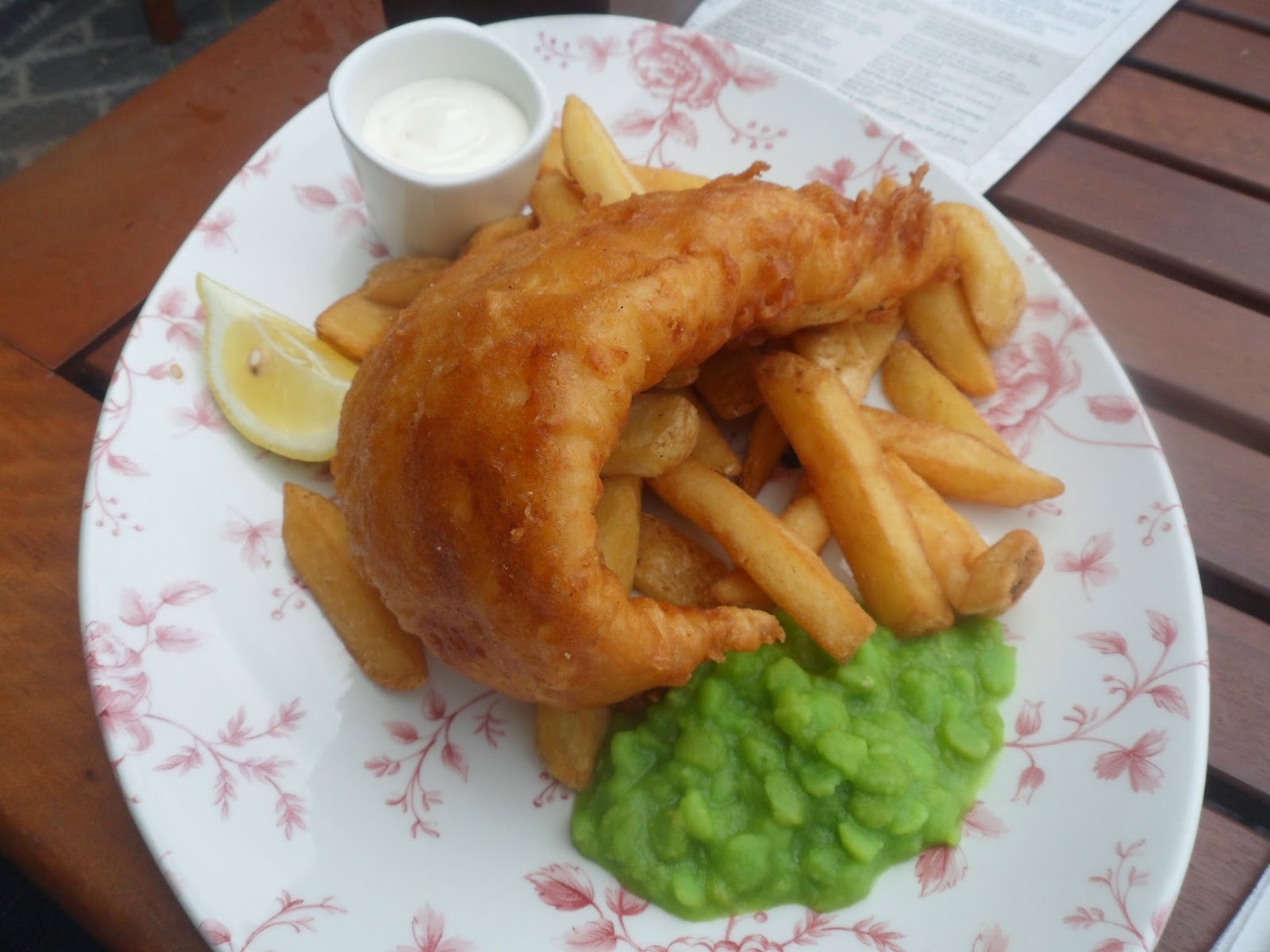 We got to the other side and passed through Hay's Galleria and wandered for a little bit before stopping for lunch at The Old Thameside Inn near London Bridge. The table we sat at overlooked the River Thames, and we ordered one traditional British dish each. While Anna had their Sunday roast, I got fish and chips, which was the one dish that was on my London to-do list. It came with "mushy peas", which I guess is how it's traditionally served. Normally I can't stand peas, but these weren't bad. More importantly, the fish and chips were sooo good! I was so full and happy when we left! Anna really enjoyed her roast too. Just a note that probably goes without saying: if you're going to eat riverside when there's a breeze, eat quickly so you can enjoy your food while it's still warm. 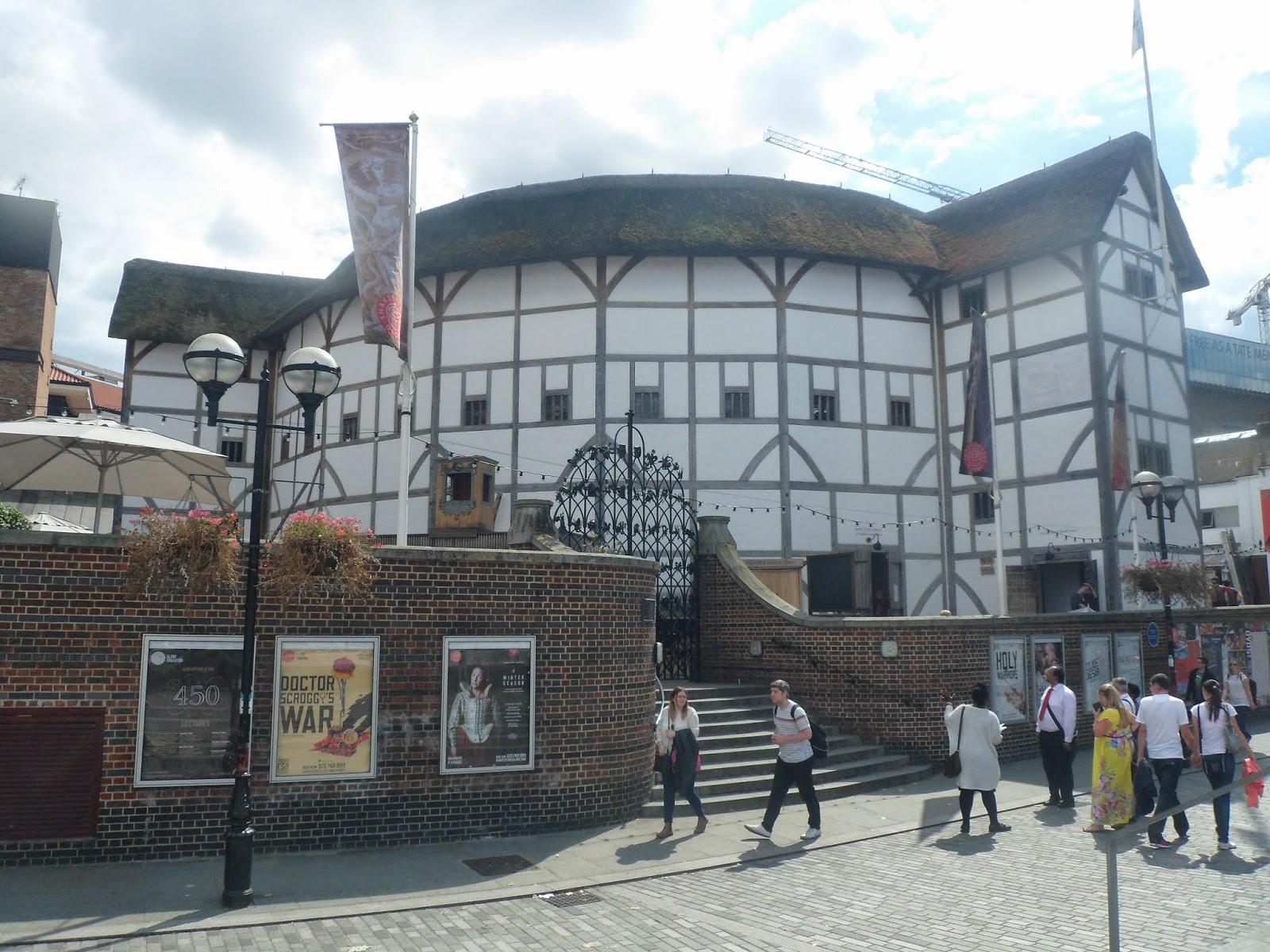 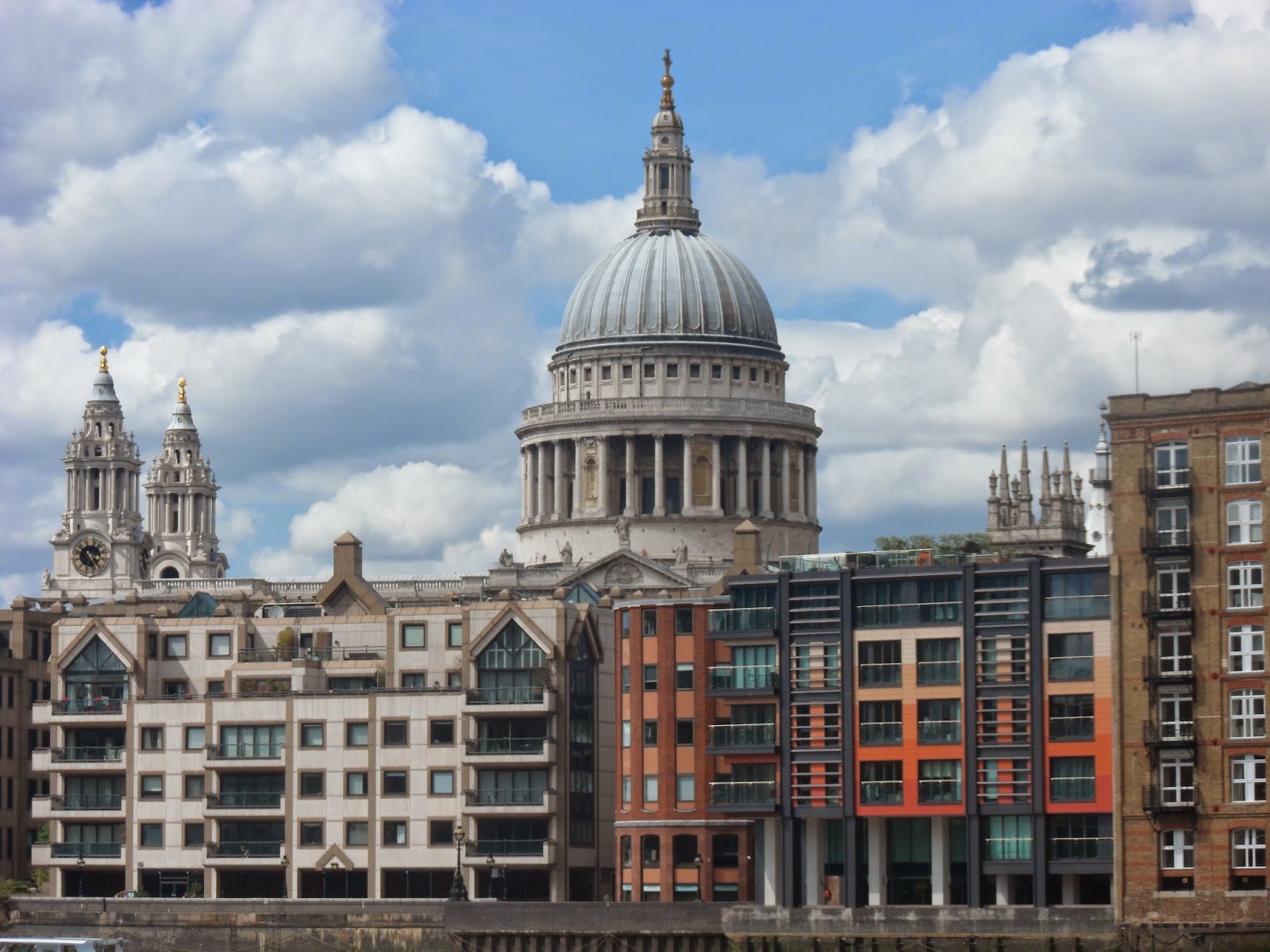 After lunch we continued on down-river to The Globe Theatre, the famous theater most often associated with the great playwright Shakespeare. Directly across the river from the Globe Theater is St. Paul's Cathedral,which stands at the highest point in London and is the second largest church building in the UK. 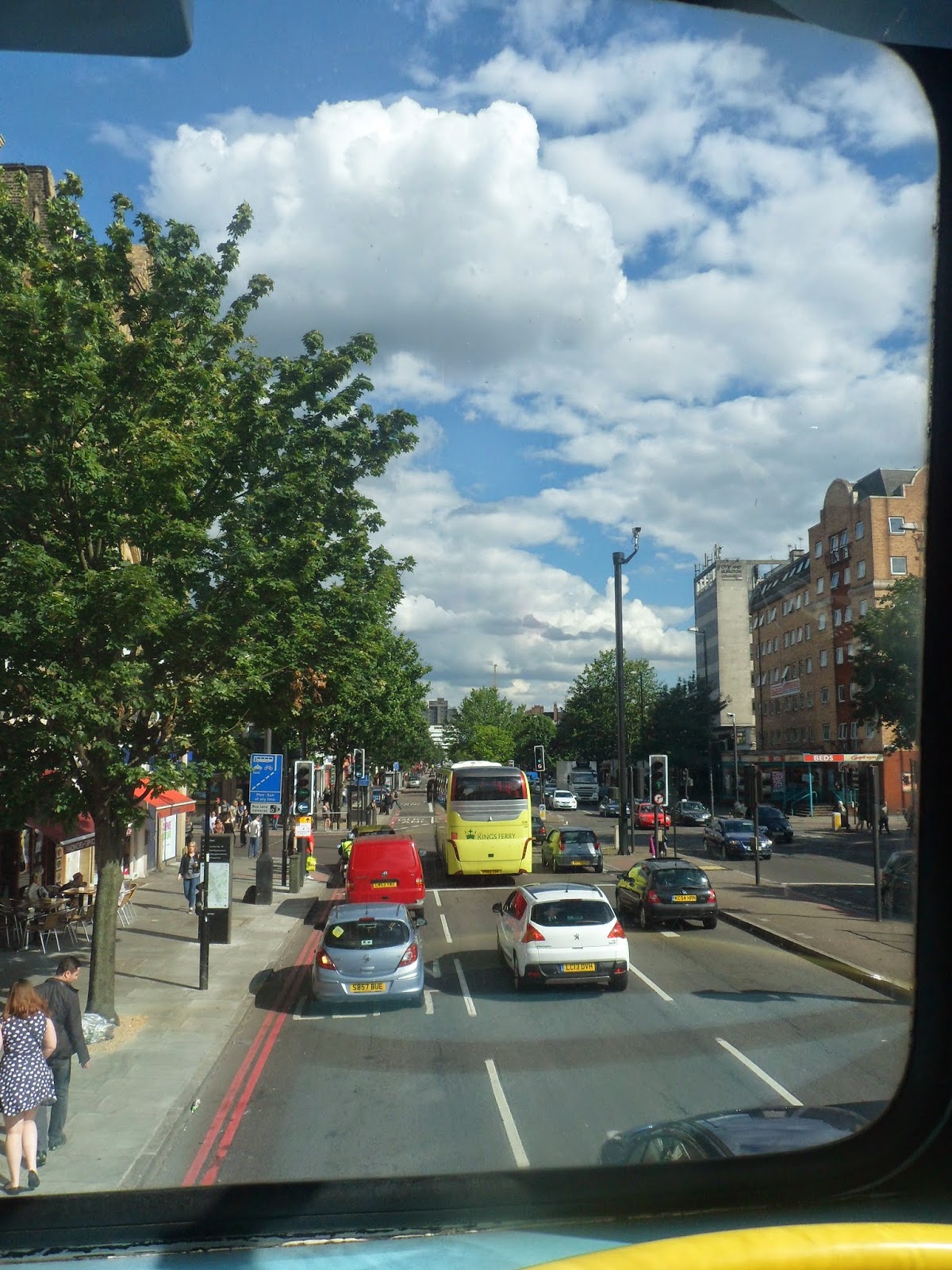 After spending some time chatting and seeing what there was to see there, we headed back to Anna's place. I got all my stuff together and then we rode atop a double-decker bus to St. Pancras International. Check-in wasn't open for my train yet, so Anna sat and waited with me for a little while before she had to leave to get some work done and prepare for another trip the next day. We hugged and wished each other well before she left. I only had to go through border patrol once this time (turns out it's easier to go from Britain to France than the other way around), and I got back to the apartment in Paris around 11pm that evening. 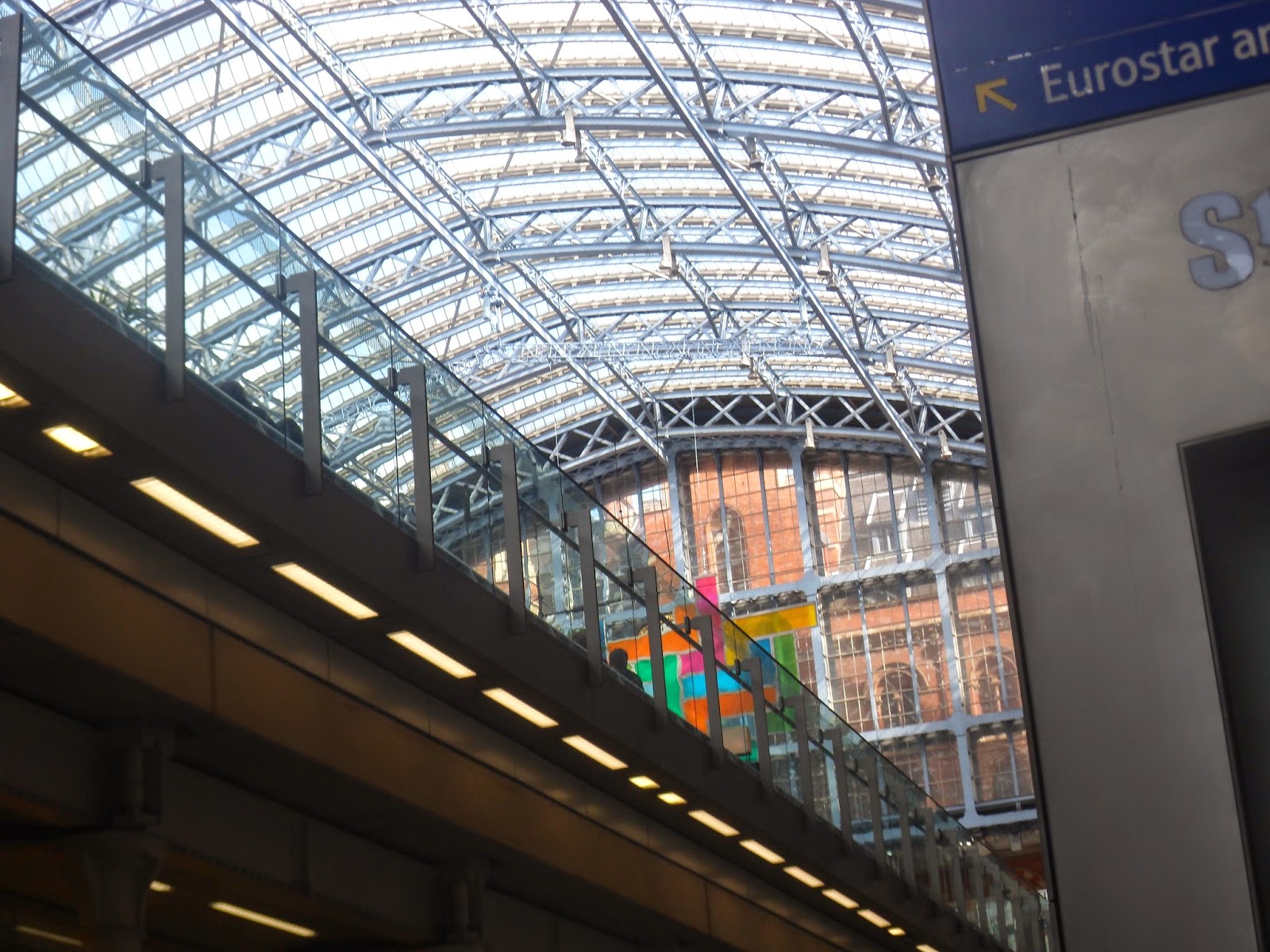 As you might have guessed from the numerous places we passed by and the few places we actually visited, my goal in London was just to see the city rather than to spend a lot of time doing anything specific. Walking around for two days was exhausting, but it was also loads of fun and I saw so much more of the city than I'd expected. This was no doubt thanks to my old friend/tour guide Anna. She even surprised herself by how well she knew her way around!

Also, I thought I was cheap, but Anna REALLY knows how to cut corners. Which is necessary because as expensive as I thought Paris was, London is even more so. Anna knew this and took care to not have me spend more than was necessary for food, transportation, and souvenirs. All in all I ended up spending 70 pounds (about $120 USD), which isn't bad at all for a weekend in London 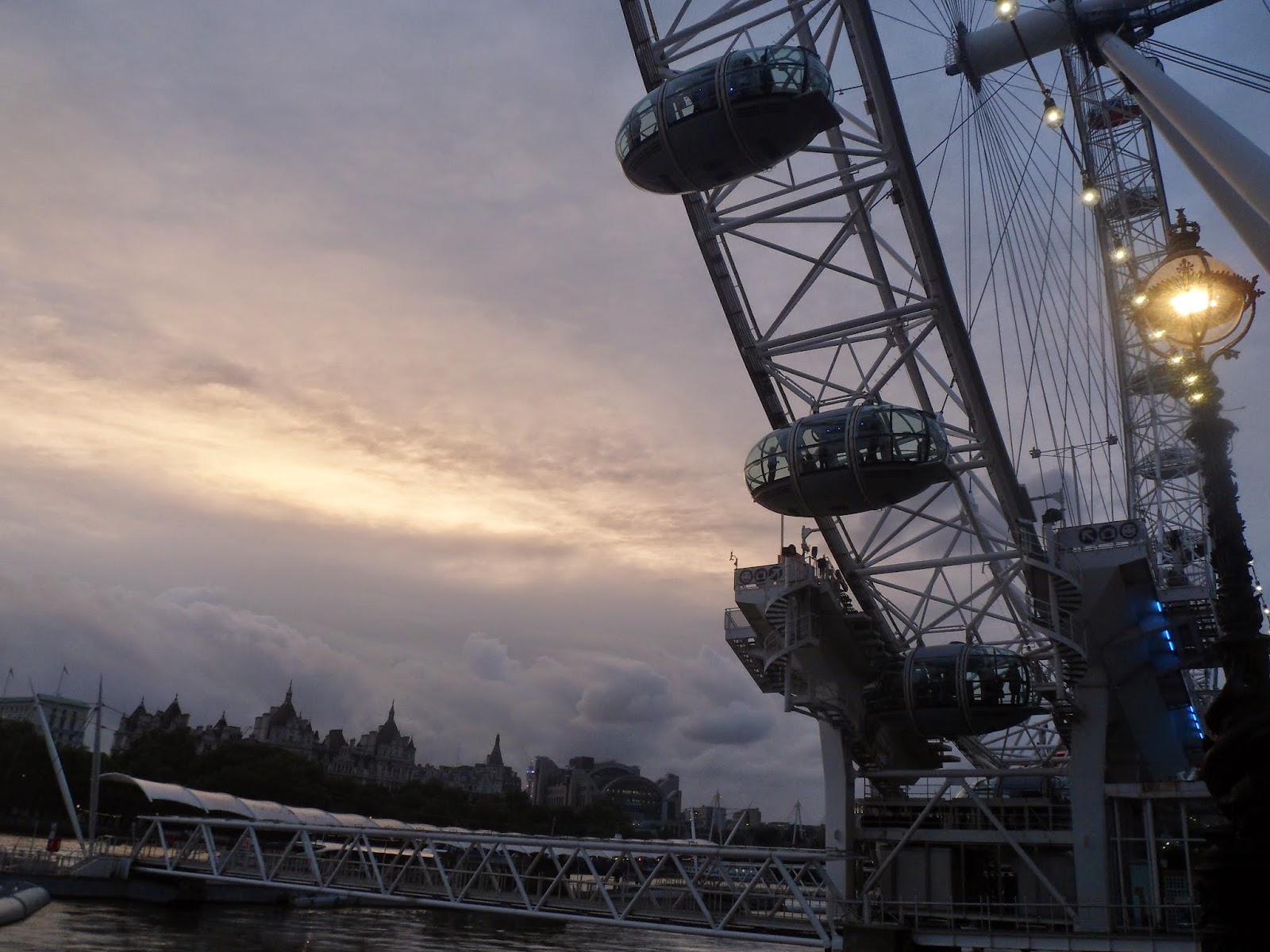 Thanks to Anna for being such a gracious host! My short trip to London was one of the best
times in my life, thanks to you. I hope to see you again when we're both back stateside!