CdO again + An "American" Diner in Paris (Wednesday and Thursday) 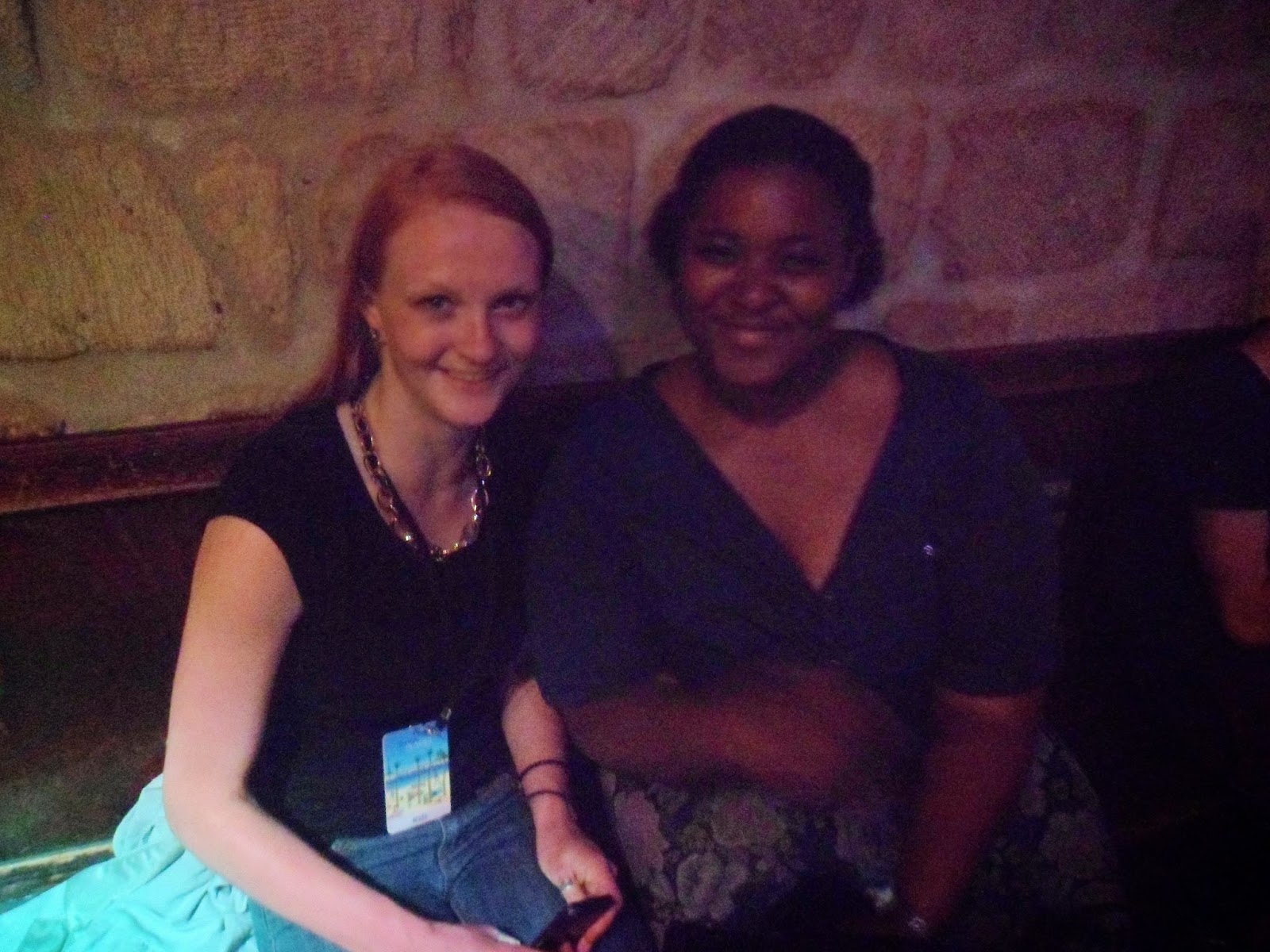 On Wednesday night I went to le Caveau des Oubliettes for a second time. It was aight.

Ever since going with Ria a few weeks ago, I promised myself that I'd go back and try to sing there before leaving Paris. But I chickened out, to put it plainly. Plus my asthma's been giving me trouble for the past week, and I was neither prepared nor in the mood to perform in front of people. So singing didn't happen. 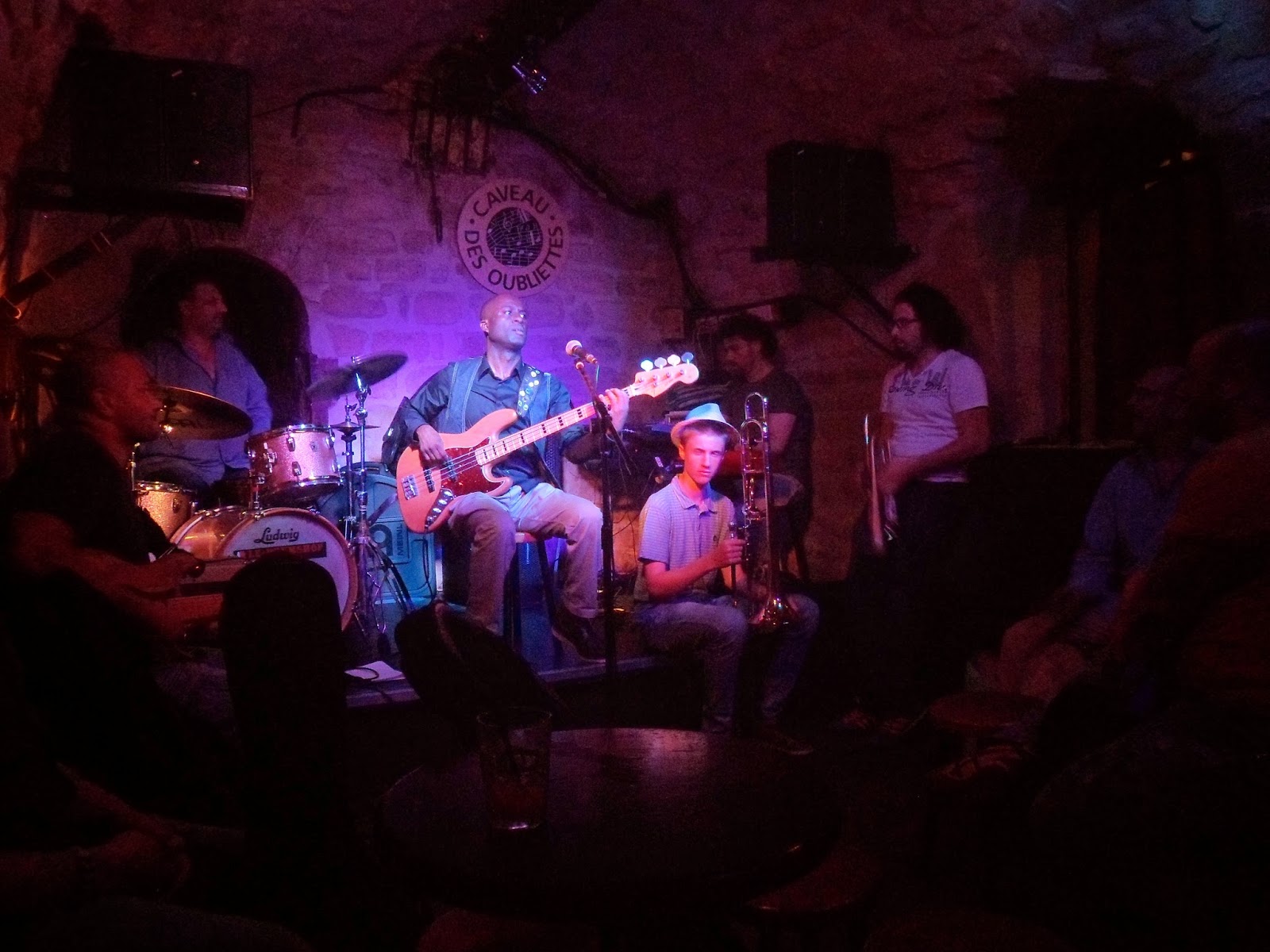 This evening's concert featured a singer/bassist by the name of Patrick Ruffino. He was passionate and skillful and all, but he was doing too much in my opinion. I honestly think he forgot where he was (hello, this is a tiny music space in the basement of a bar, not le Stade de France). He kept saying that we (the crowd) weren't hype or animated enough, and he kept trying to get us to sing lyrics in his native language together. I understand him wanting his performance to be interactive and to have everyone be a part of it, but his "this is MY show, y'all need to get with the program" attitude really turned me off. He was even trying to direct the jam session! The. JAM. session. Where each musician is supposed to get their time to shine the way they want to. But no, he insisted on having the other musicians follow his lead, while still trying to get everyone on their feet singing in his native language. You're surrounded by artists, man! Just let it flow! Geez. I don't know. The whole 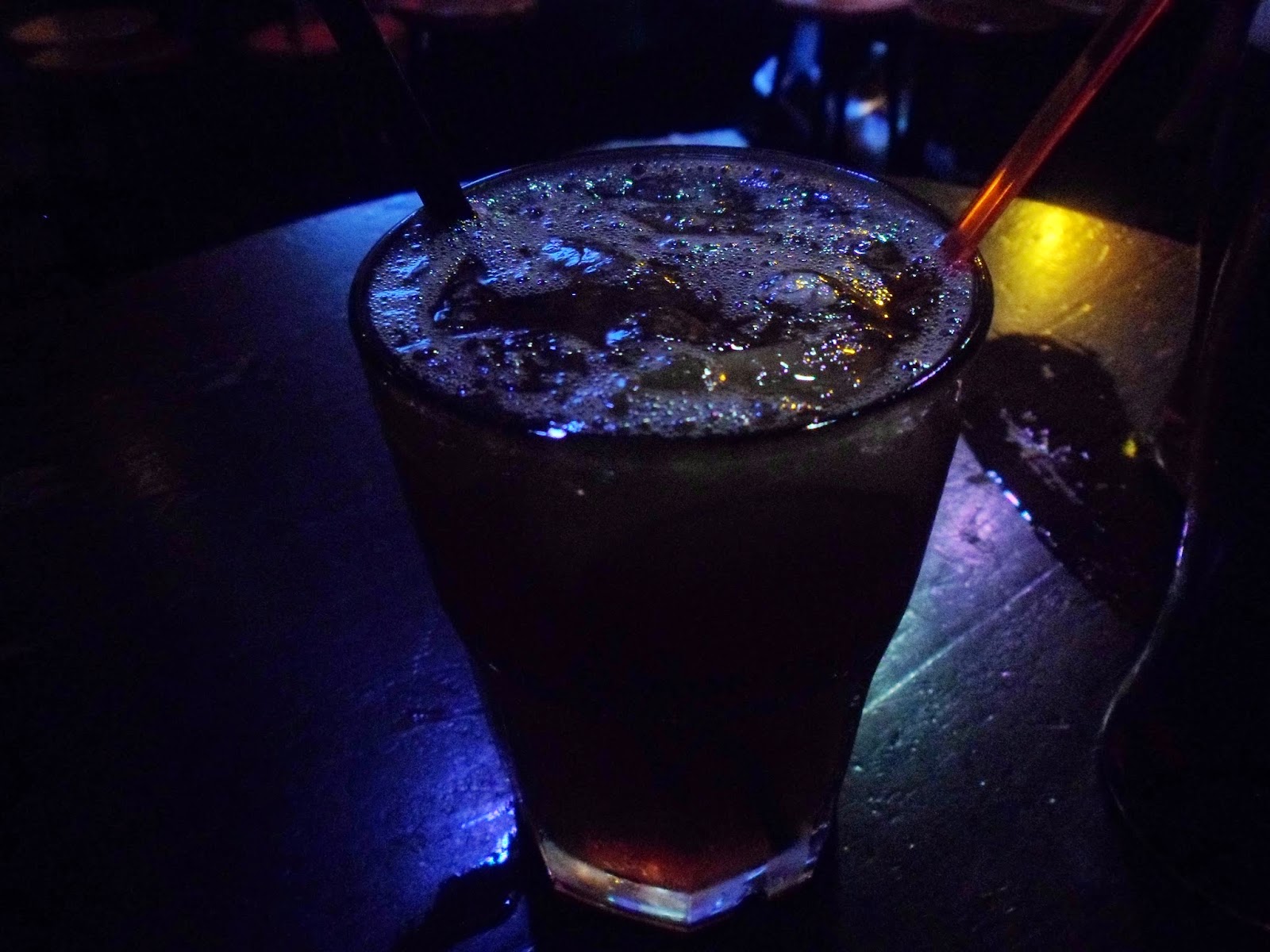 thing wasn't terrible, but it was too forced for me. H and E came with me this time and they really seemed to enjoy themselves (E took the photo you see above, which is why he's not in it). I on the other hand enjoyed myself more last time. On a positive note though, I had a Long Island Iced Tea for the first time and loved it! Probably 'cause it was more sugar than alcohol, but hey. 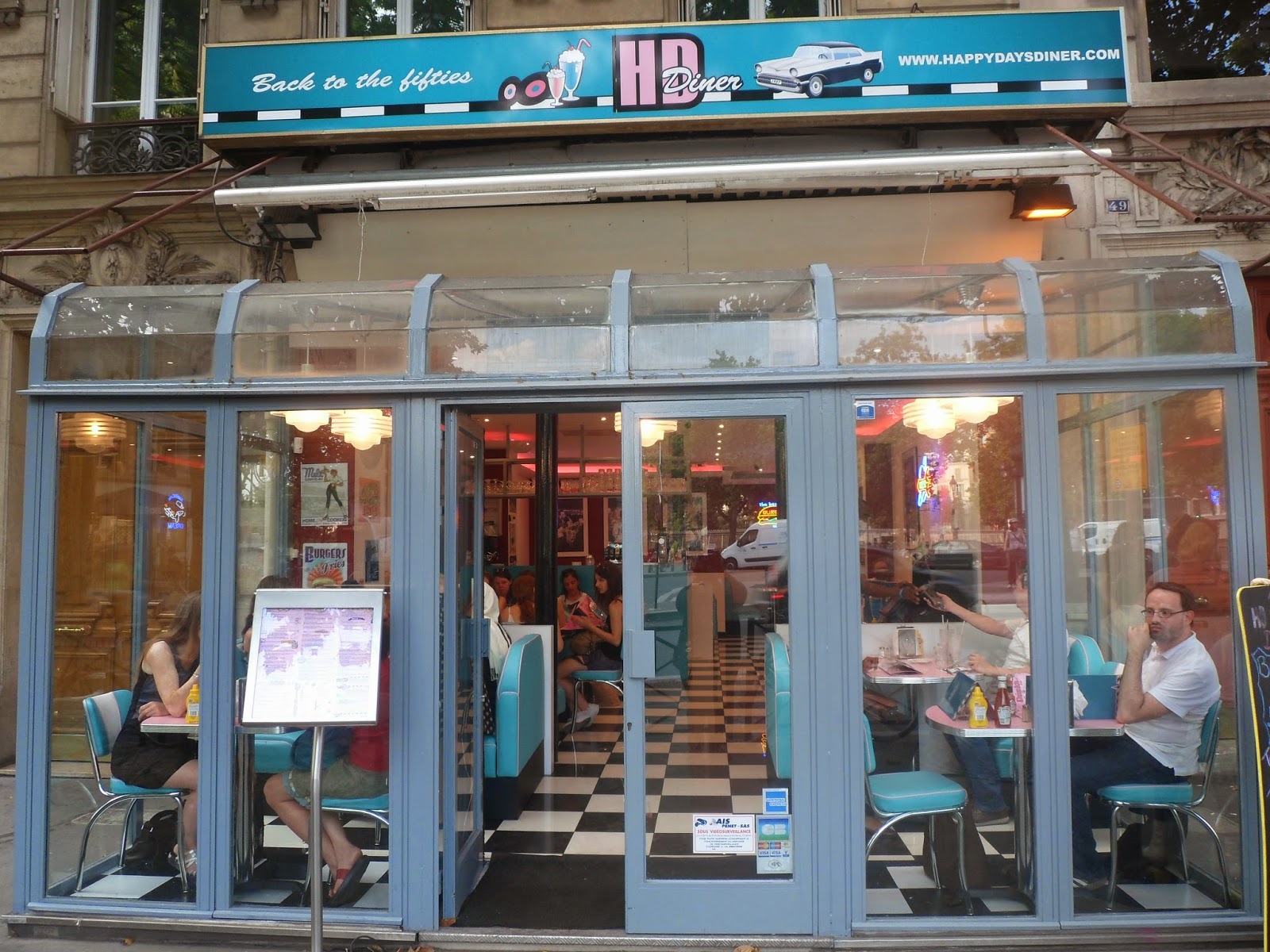 During their regular office banter I recalled Louisa and Cyn raving at least twice about this American-style diner called HD Diner (Happy Days Diner). I wasn't really interested at first, because all the "amazing" foods they were talking about were nothing new to me. But ever since Louisa finished her internship I was thinking of something we could all do together as a last hurrah before I leave. So I figured, why not check this place out? So after work on Thursday, Louisa met us at the office and we all headed to HD Diner at Bastille. HD has six locations in Paris, but Bastille is the newest so we went to that one. The franchise has this pink-and-blue, 1950s American diner style theme and decor that's corny in a cute way. I ordered "The Favorit Burger", one of their most popular. Cyn and Louisa both ordered the "Colorado Burger". I was impressed! Never had a burger with an egg on it before (haven't had a burger in years, really) and "The Favorit" did not disappoint. The girls seemed to be just as pleased with their selections. 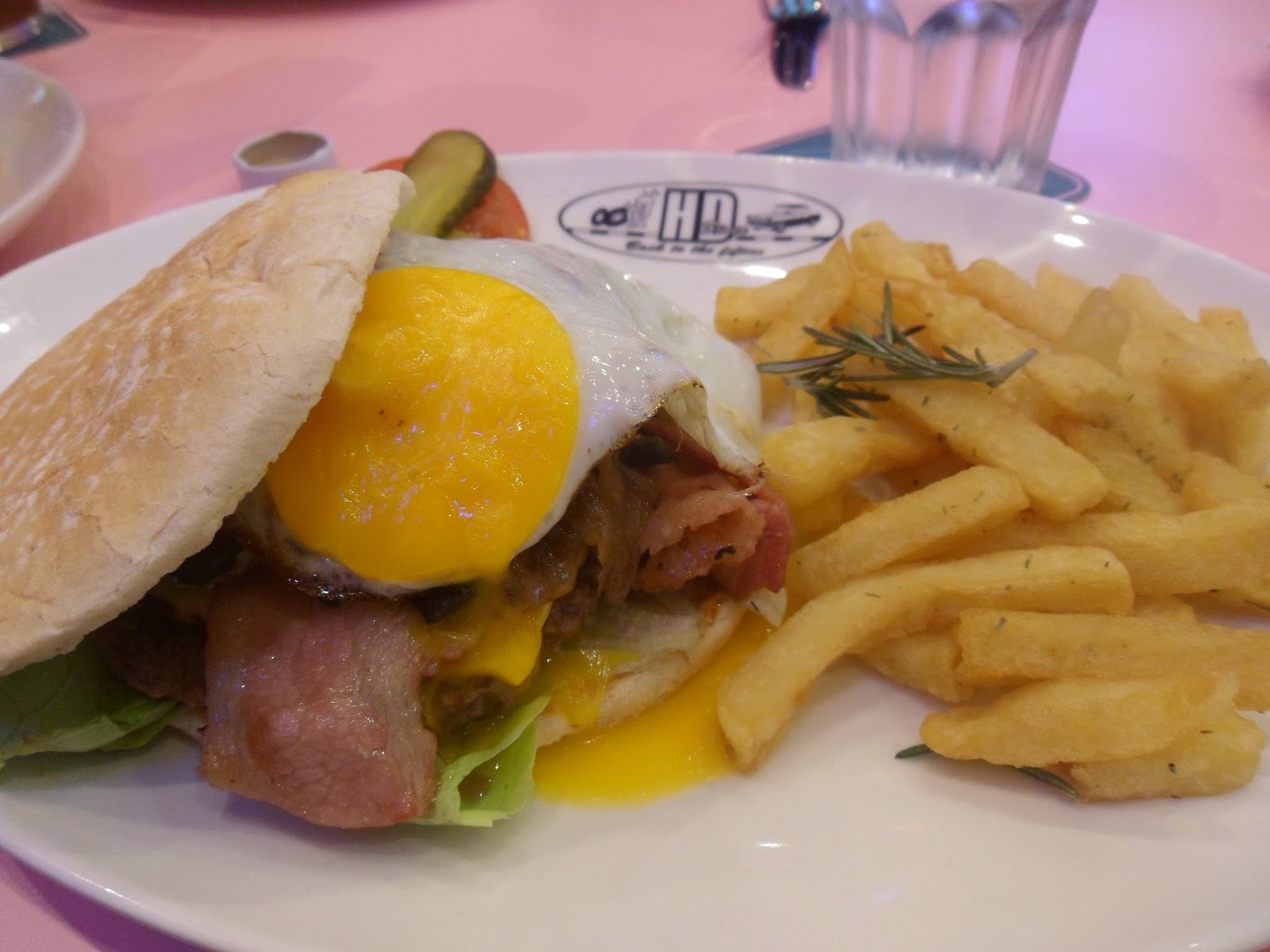 One funny thing I noticed was that they ate their burgers and fries using a knife and fork. I almost wanted to show them how it's done back in the States, but then I looked around the restaurant to see that everyone else was eating their food this way. Here I am, an American in an "American" diner, eating an American specialty, and I'm the only one using my hands. Such an odd situation, you've gotta love it, haha! I was cracking up on the inside. 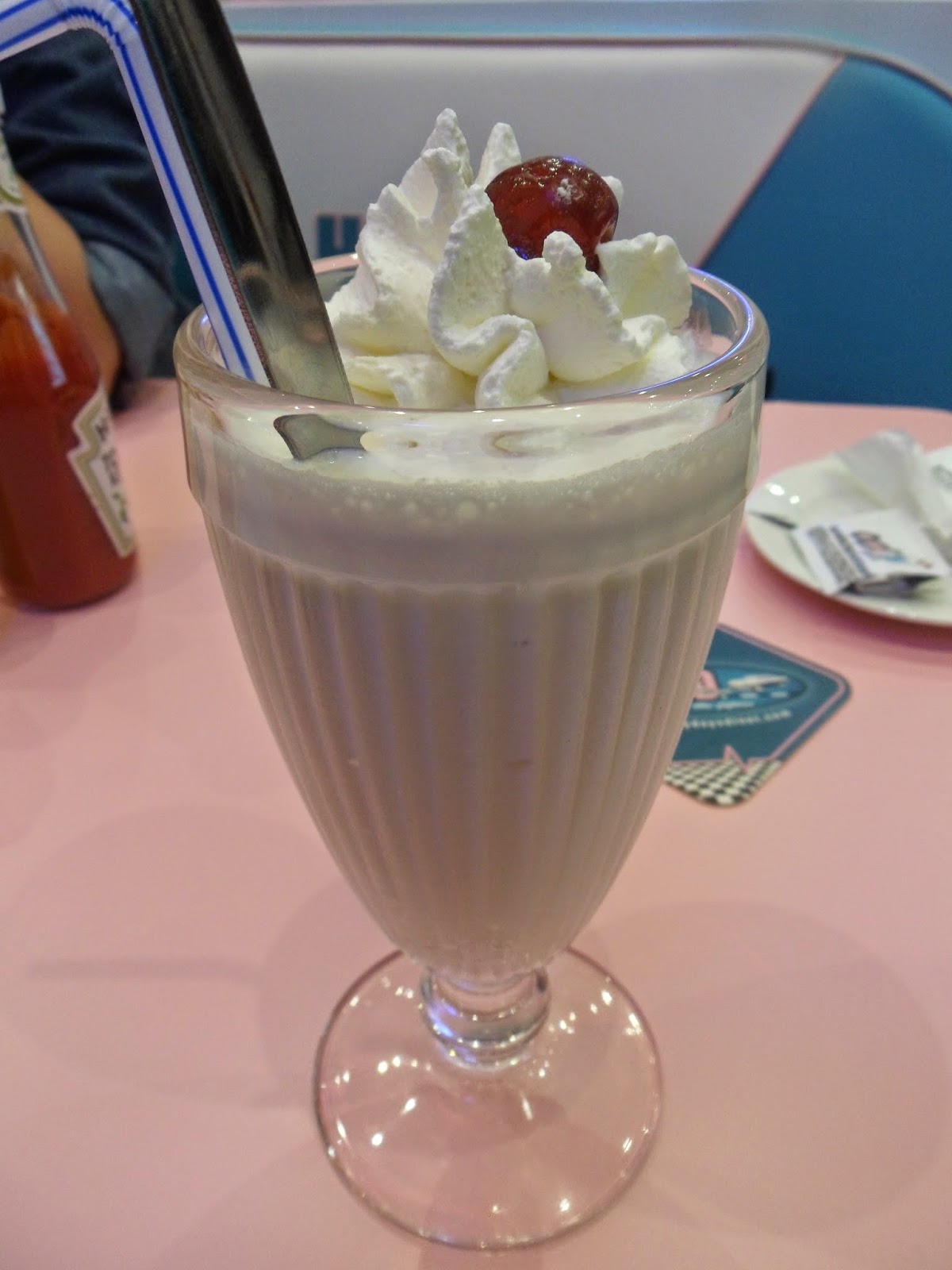 I finished my meal off with a vanilla milkshake, and then we all took a picture together before returning to the metro and going our separate ways. At one point Louisa said something like "This is the last time we're all going to be together like this," and then I got a little sad. This whole week I've just been focusing on being done with work, like Come on now! I'm tired of this! I'm over this routine! Why can't it be Friday at 18h already?! ("Je ne veut pas travailler" has been my theme song this week.) But it wasn't until Louisa said what she said that I realized Oh yeah, that's right. I'm leaving. I won't see y'all anymore. Paris won't be all around me anymore. I know that's a little late to have realized the reality of a plan that's been in place since before I got here (Friday finish internship, Saturday go home). But like I said, my focus had been elsewhere up until that moment. Anyway, as sad as it is knowing that this was our last time hanging out for the time being, I'm really glad that Cyn and Louisa took the time to have dinner with me. Merci les filles! Vous me manquerez! 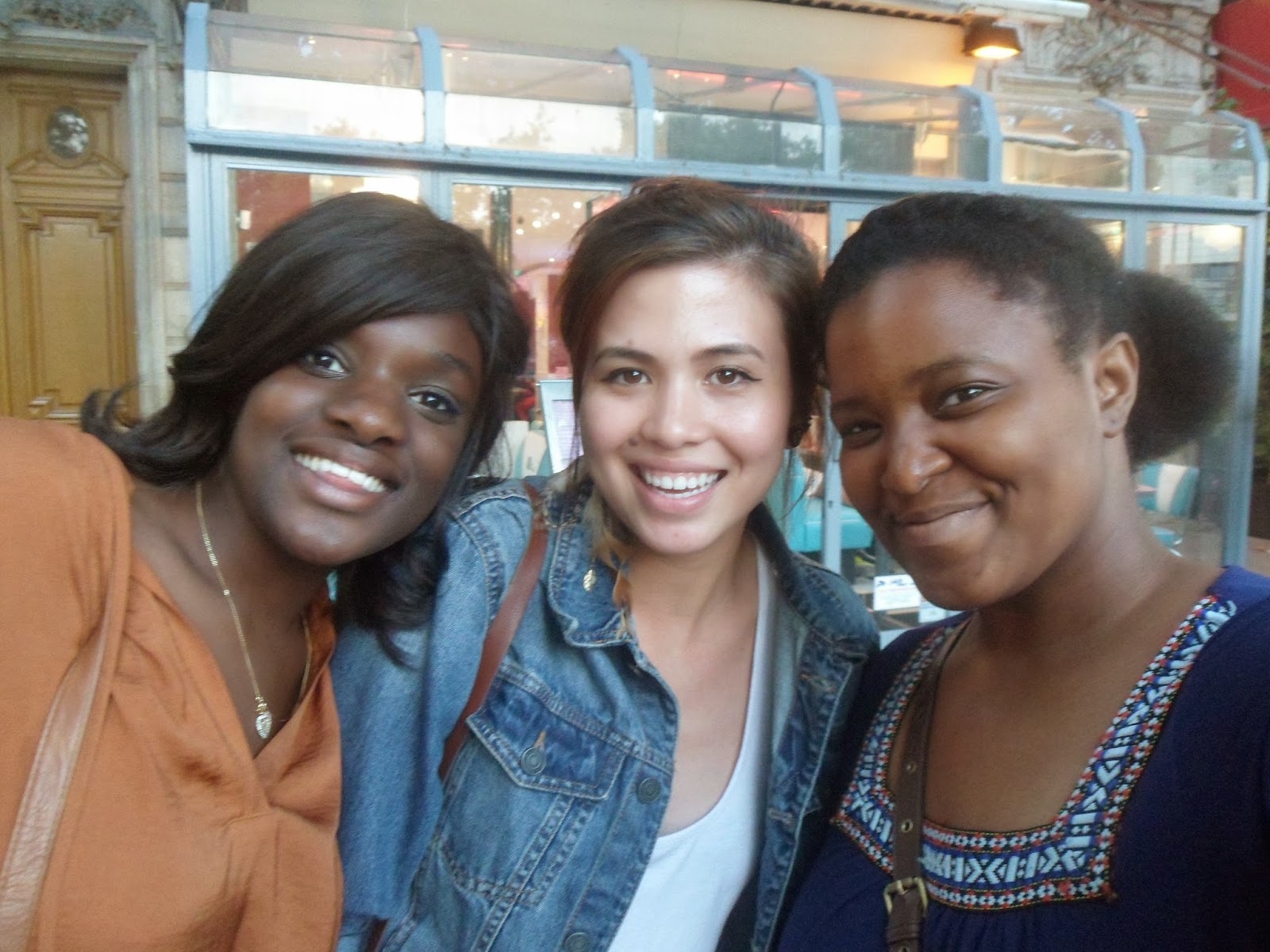