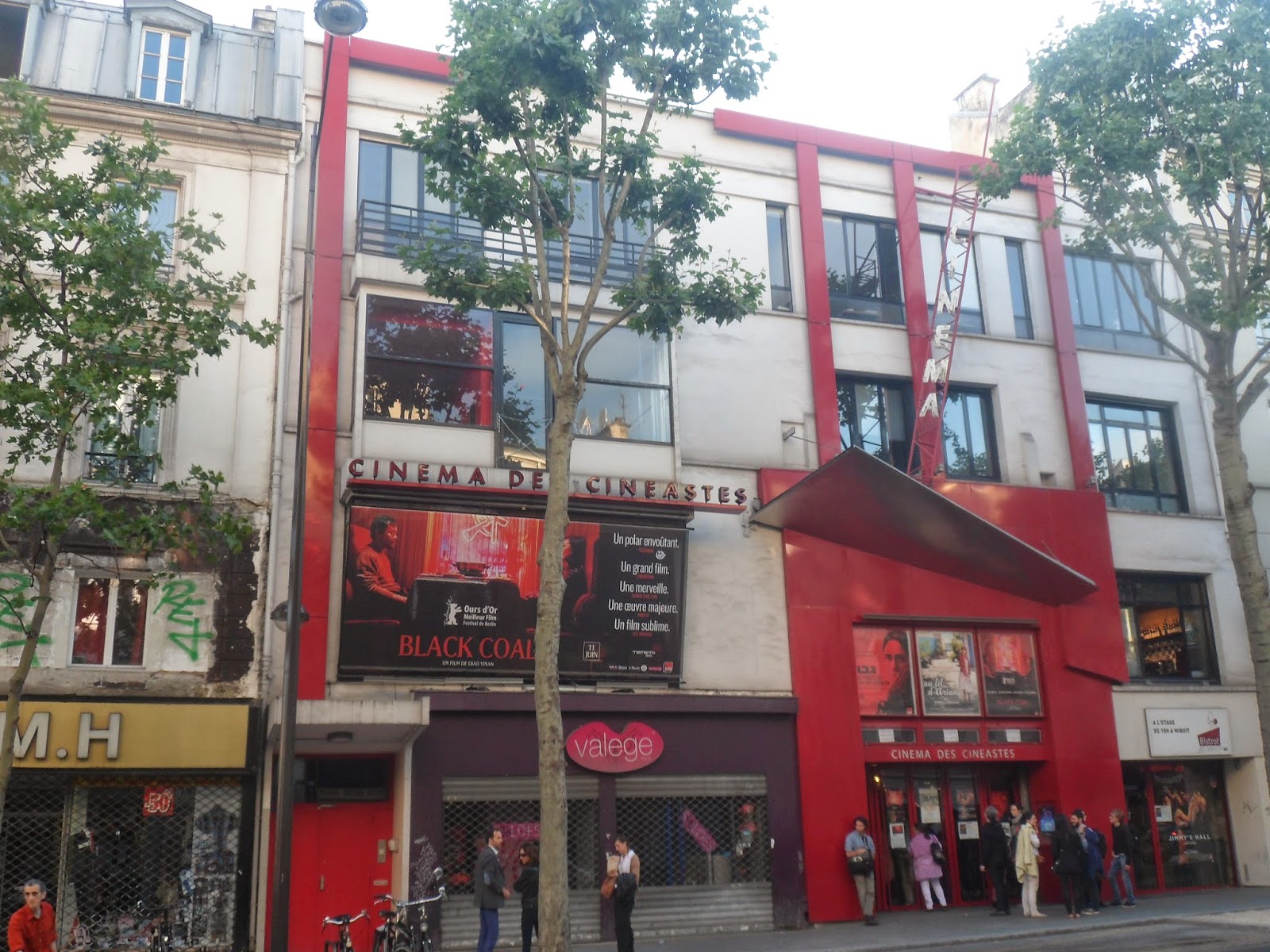 I wasn't planning on doing anything yesterday after work. But then I remembered that it was the second-to-last day of La Fête du Cinéma, where you can see any movie in any theater for just 3,50€. That's a steal, because I've paid anywhere from 6€ to 12€ depending on which theater I was at and whether I got a discount for being under 26 or not. 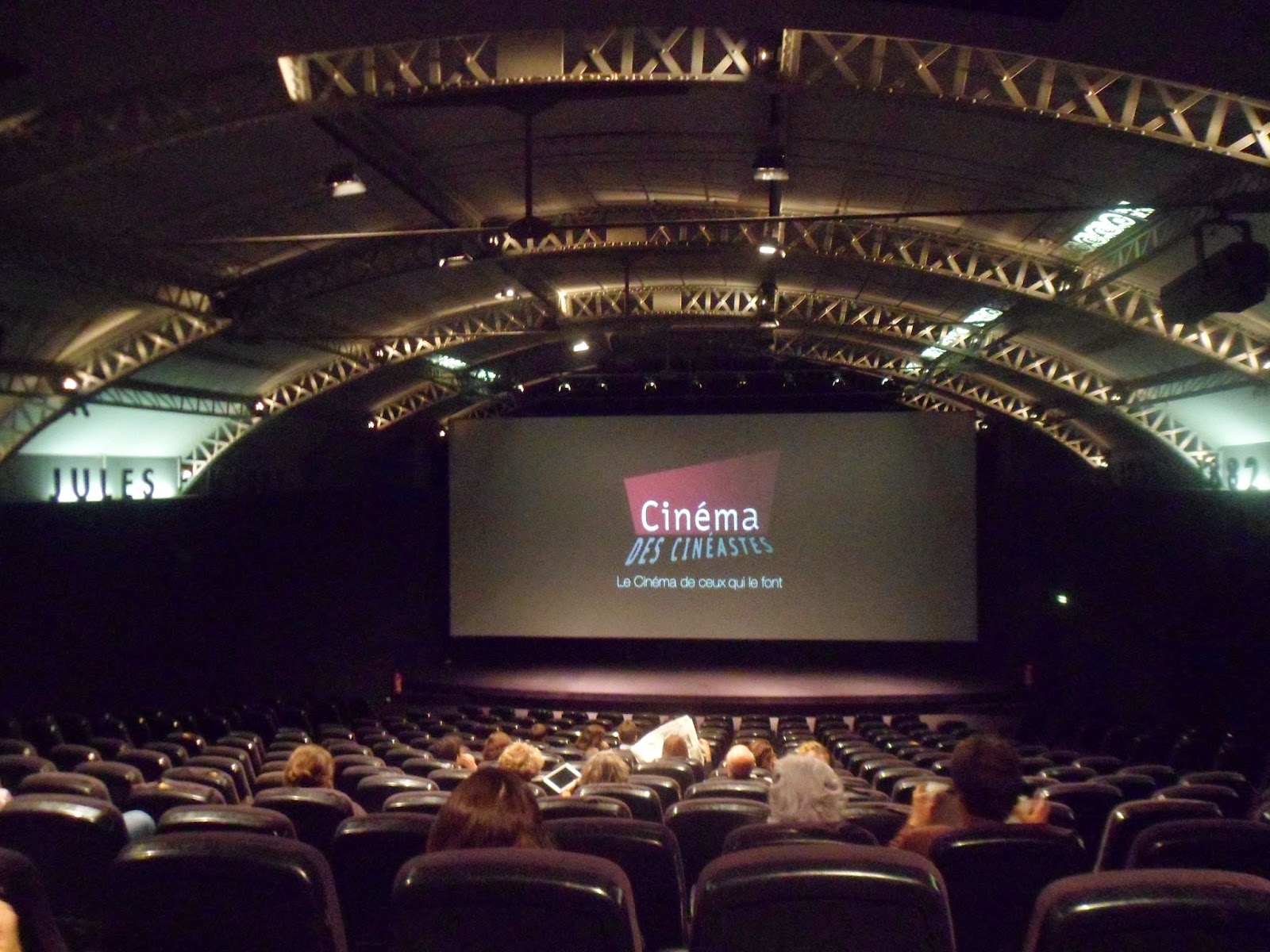 I went to Cinéma des Cinéastes which is at a walkable distance for me. It's an art theater that shows mostly independent and foreign films. It also has only 3 "salles". But it's big and it's clean, and it has an industrial-themed interior design that I haven't seen in a theater here before. The room that I sat in was especially impressive. It was a true movie theater, emphasis on THEATER. Never been in anything like it.

My selection this evening was an Israeli film called Le Procès de Viviane Amsalem (Gett). It was in Hebrew with French subtitles, with the exception of some dialogue spoken in French. This film is a courtroom drama that follows a woman's 5-year ordeal trying to get a divorce. Apparently, in Israel only rabbis can grant divorces. But the rabbi judges presiding over Viviane's case refuse to make her husband agree to the divorce unless there is a good reason. And apparently, no longer being in love with someone, being miserable, and simply not wanting to be married to someone anymore aren't good enough reasons. Especially not when the wife is the one who wants out.

I know she's a fictional character, but the things this woman went through! I kept thinking How dare they?! What right does a woman have in this world, really? How dare they?!  Plus the film hit a little too close to home for me, reminding me of how much my mom suffered when she and my dad were getting divorced. The movie ended, I walked out of that theater, and I was absolutely livid. I've had emotional reactions to plenty of films in the past, but I don't think I've ever been this furious. I stomped my way "home", on the verge of tears, and I had to call Ma to vent about what I'd just seen. That's how angry I was.

My anger aside, I think this film is excellent! I would recommend it to anyone interested in women's rights and the ugly and complicated nature of divorce. Prepare to be outraged though, and you might cry an angry tear or two.