Not long before going to Paris, I got this gem for 50 cents at my local library's used book sale. It's the only book that I read while I was in Paris, other than Évidences invisibles. This fantasy novel, this "graveyard gothic", is set in Cimetière du Père Lachaise where important people who've been interred there have been reborn (or "translated", as Richardson phrases it) as cats. It seemed a little quirky to me and I'm not really a cat person, but I figured why not?

Waiting for Gertrude by Bill Richardson 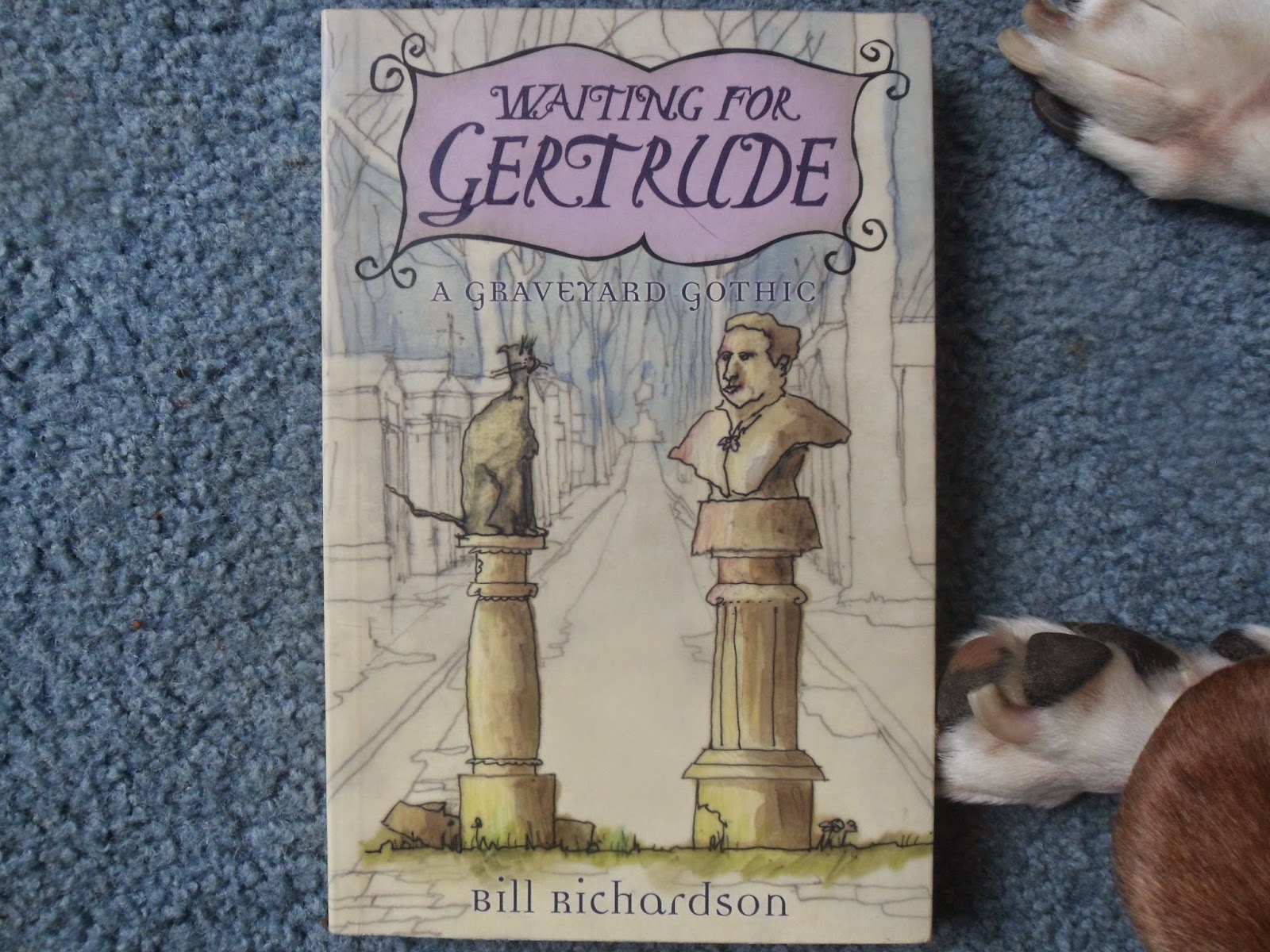 Richardson paints Père Lachaise as a caricature of the city of Paris itself: numerous numbered districts with varying reputations, a strong division between the cemetery and the outside world, and a hierarchy between members of high society (translations) and everyone else (regular cats). The story is told through letters, notes, and  poems voiced by various characters in their cat forms. These include Jim Morrison, Jean de la Fontaine, Oscar Wilde, Chopin, Sarah Bernhardt, Edith Piaf, Marcel Proust, and Alice B. Toklas among others.

Alice is the  main character and narrator in this story, who yearns for the day when her partner Gertrude Stein will be "translated" and join her in this afterlife. Thus, Waiting for Gertrude. She also goes to some pretty desperate and disturbing lengths to try to to bring Gertrude back to her. In addition to Alice's plot there are also numerous subplots involving the other characters. Everyone seems to be intertwined in a web of sex, death, unrequited love, memories, jealousy, mystery, and gossip.

Richardson's writing is extremely clever, with an impressive vocabulary and a penchant for puns. Despite not being what I'm usually into, this book is actually really funny! I was impressed. Waiting for Gertrude was published in Canada and I'm not sure if it's available in the States. But I'd say that if you can get your paws on a copy, then go for it! It's an easy, slightly-nonsensical read that will give you quite a few laughs.


"What an aberrance, for words have always been my currency, my key, my passport, my shield. Words have paved my every pathway. Words, tightly woven, have been the net I've thrown to capture the world, and with words I have anatomized it. To use words to make sensible the life of the senses: that has been my purpose and mission, and I have done it, I daresay, exceedingly well." (p. 36)


"[F]or do we not diminish ourselves when we deny anything, however insignificant it might seem, the possibility of potentiality?" (p. 112)