I spent my Fourth of July traveling to England, of all places! 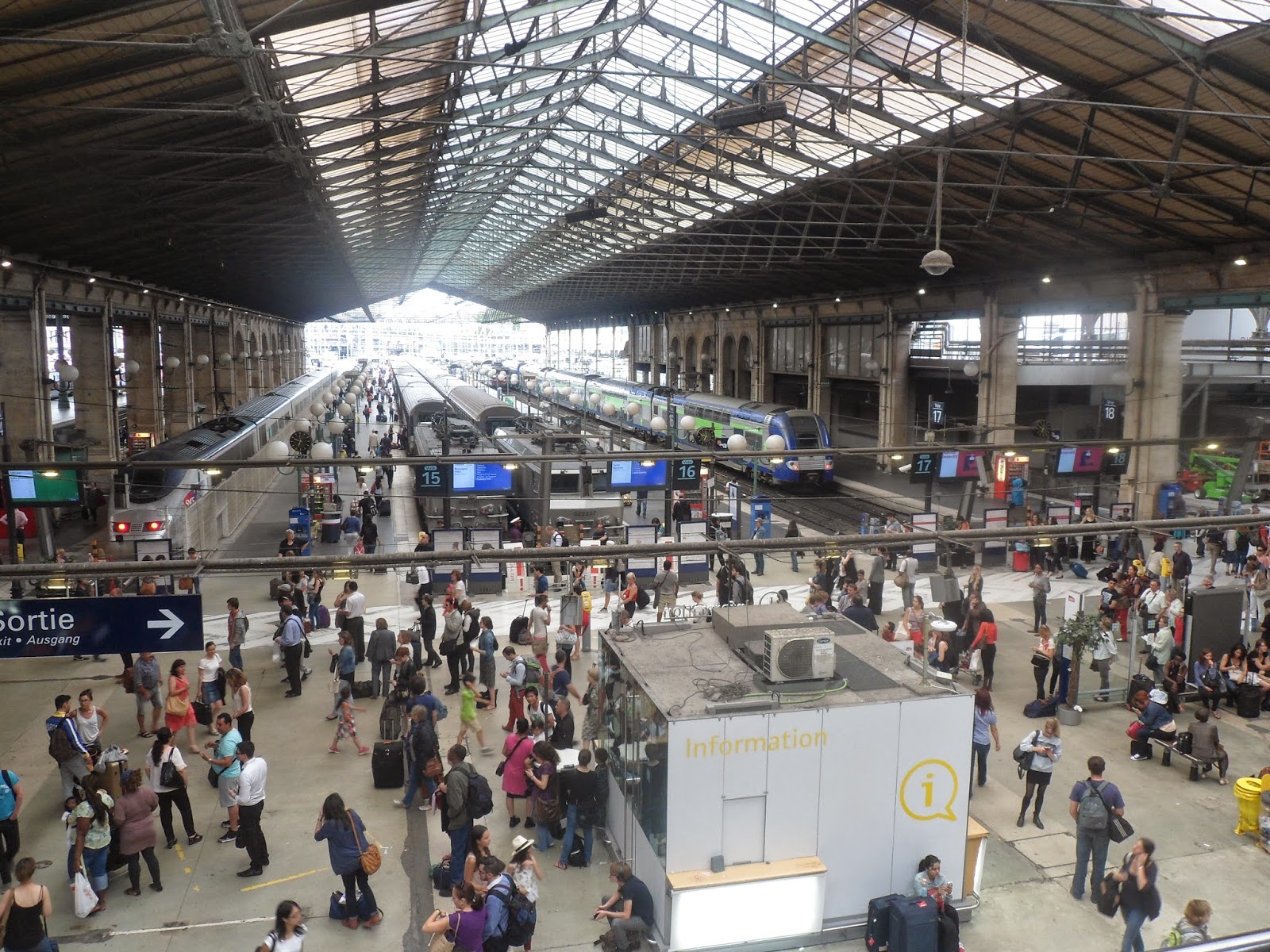 Straight from work I headed to the train station Gare du Nord. I'd never ridden a train by myself before, so I was nervous thinking about it all day. But one of my fellow interns was going to the same station after work for a different reason, and going there together helped me feel a lot calmer about everything.

Check-in, border patrol, and security went without a hitch. I had to pass through French border patrol first, which consisted of them taking my passport, glancing at me to make sure I was the same person, stamping it and sending me on my way. Then I passed through a set of doors and saw "This is GREAT Britain" plastered over the floor. Apparently I was on British territory now. Meanwhile I look out the window and Paris is clearly outside. Odd, but whatever. I then passed through another set of doors to British border patrol, where I had to fill out a card and answer an agent's questions before getting my passport stamped. 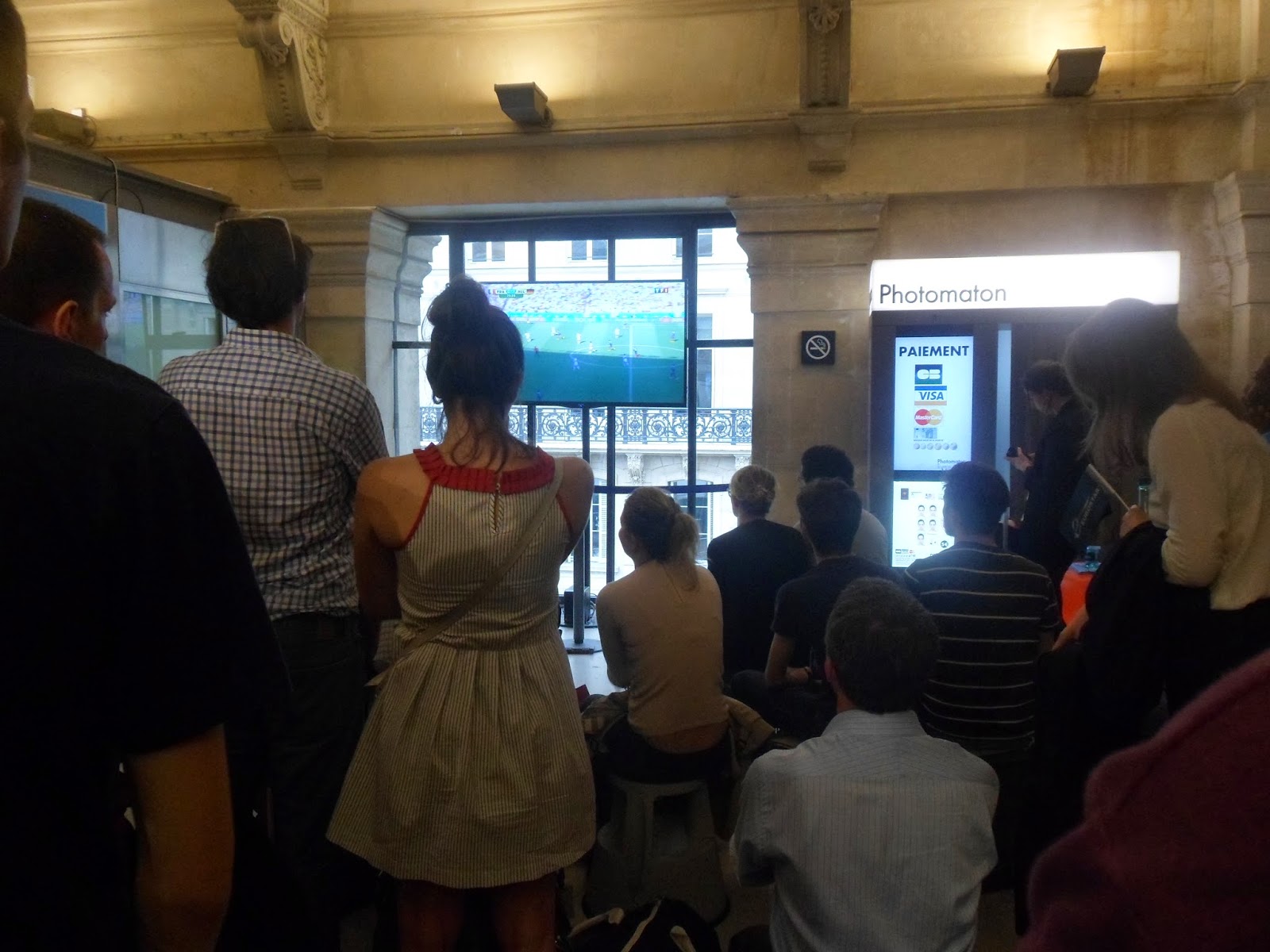 Once I'd gone through all the procedures I still had about an hour until my train came, so I joined a crowd of people gathered around a TV to watch the France v. Germany football match. France lost, but it was exciting being amongst all that lively and expectant energy during the game. 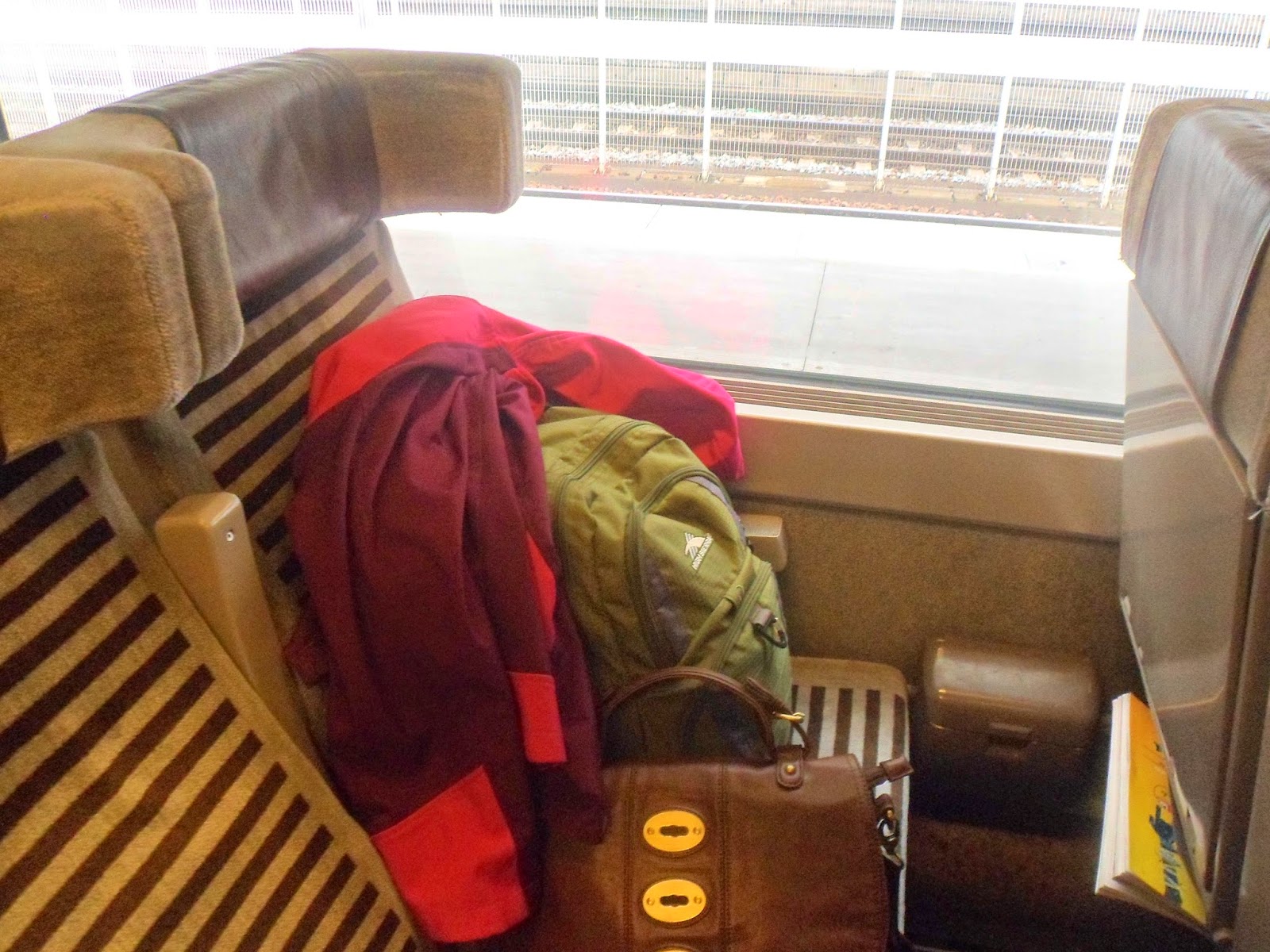 When the time came, I boarded my train and was off to London with only my purse, my jacket, and a backpack.

I arrived at St. Pancras International at 10pm and my friend Anna was there to meet me. Anna and I have been
friends since high school, and she's doing an internship abroad like I am. Seeing as how she was willing to let me stay with her and show me around the city, Anna was also the main reason I was able to go to London.We made a quick stop across the street at Platform 9 3/4 in King's Cross Station before taking a bus to her place. We were supposed to get started planning out the weekend right away, but we ended up chatting and catching up for two hours instead. After making a rough plan for Saturday, we called it a night. My bed consisted of two pillows and a blanket on the floor, and I didn't mind that at all. Sleeping on floors can actually be very comfortable, especially when you appreciate the fact that you're being sheltered by a friend. 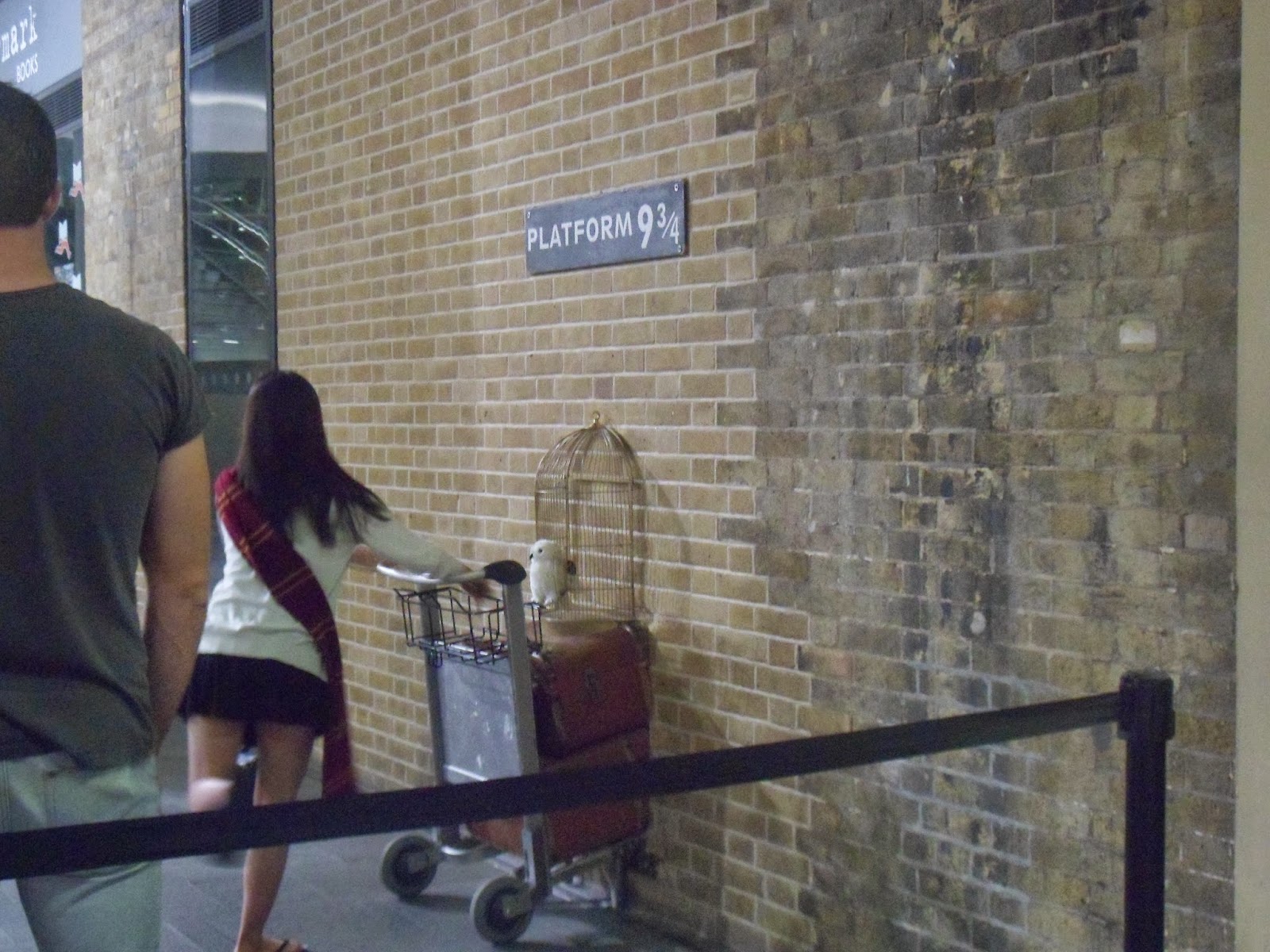