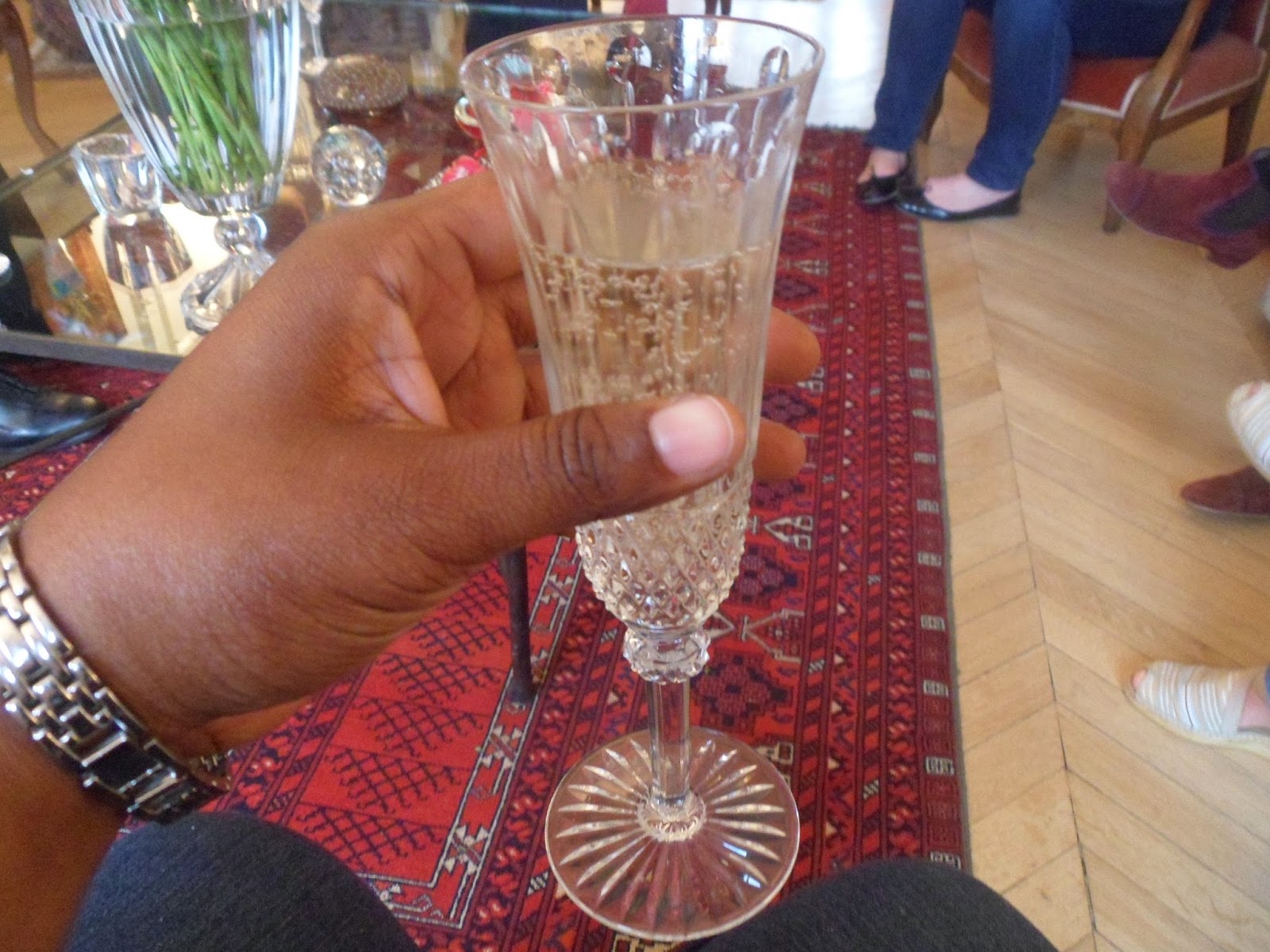 I came "home" to the smell of good food cookin'! I knew my host mom RM was the one cooking, so I went into the kitchen to say hi. She casually mentioned that she was preparing for her birthday dinner tonight. Today was her birthday and I didn't even know! In addition to M and R, RM's brother-in-law was coming with his wife, and her son was coming with his girlfriend and her sister. I was invited to join them, so that made nine of us altogether. 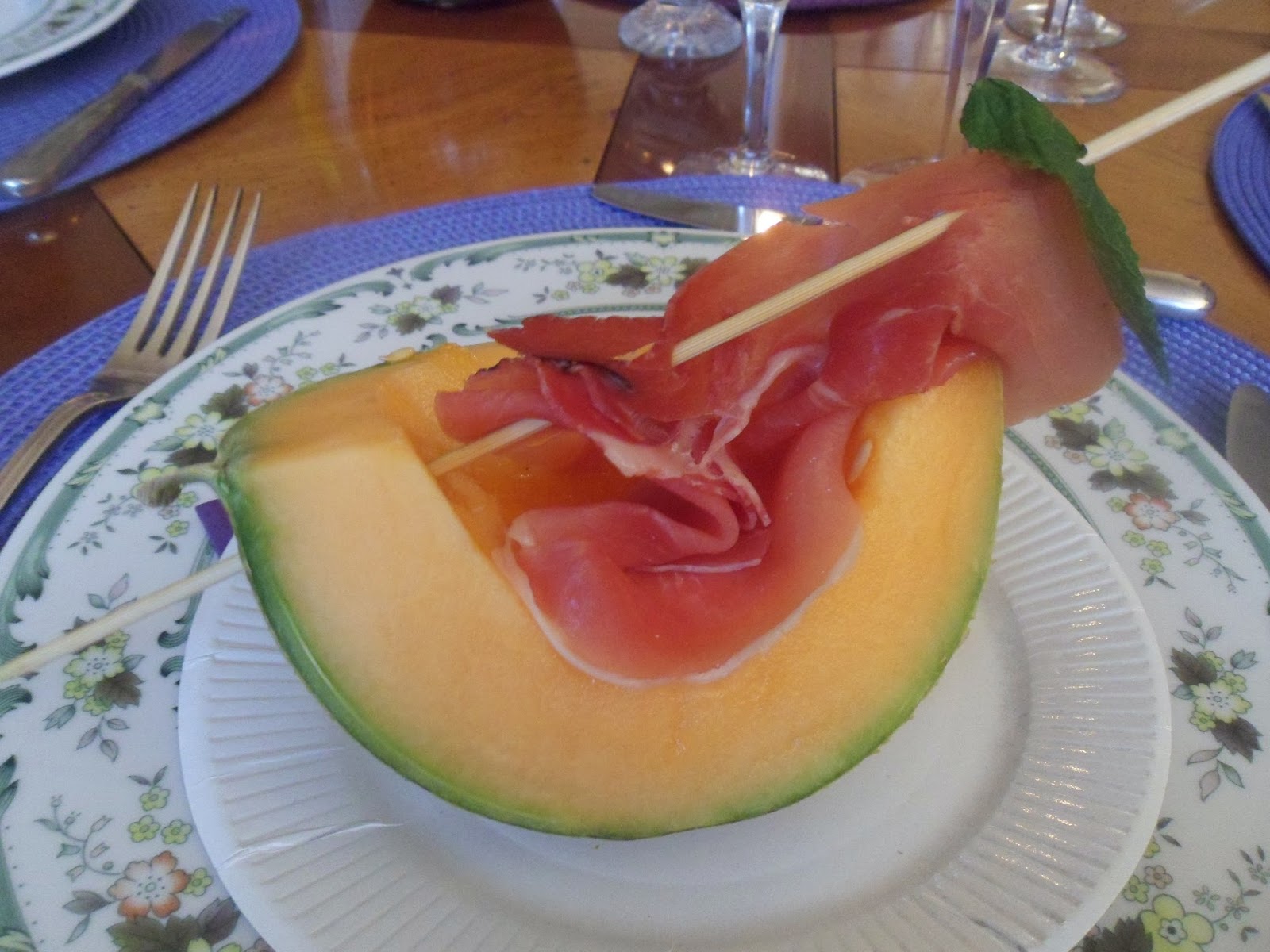 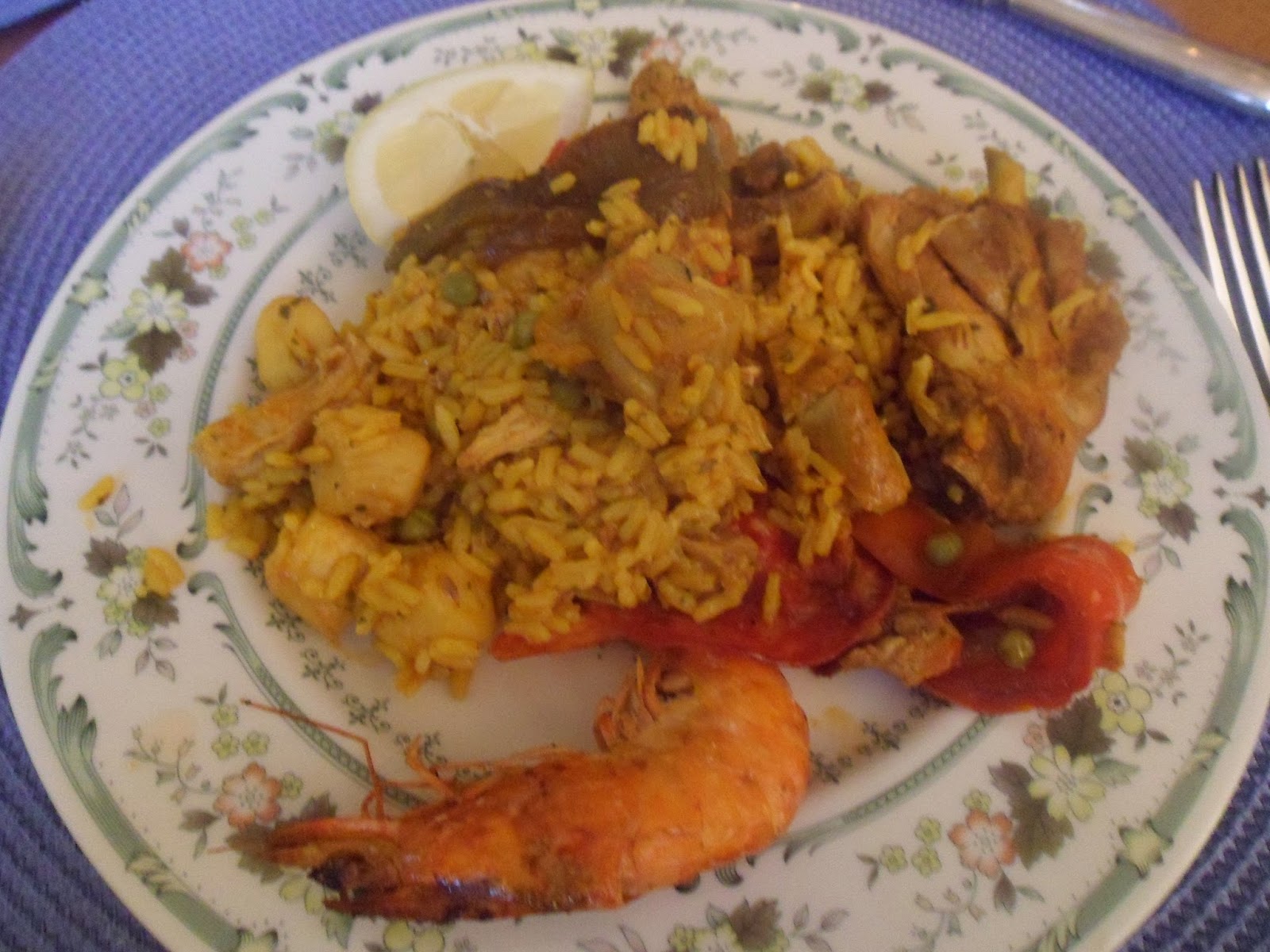 This dinner was very much similar to the two others that I've had with my host family in terms of order and the nature of conversations. I've become quite familiar with dining customs here. However, this time was slightly different since it was a special occassion. For starters, there was an apéritif (drinks and snacks/amuse-bouche before the meal) and a digestif (coffee andtea after). There was also a lot more food. RM made Catalan-style paella, and we had four cheeses to choose from afterwards instead of the usual one or two. Dessert also featured a number of options, including ice cream cake, macaroons, some small chocolate cake-like thing and another type of cookie/sweet biscuit that I wasn't familiar with. 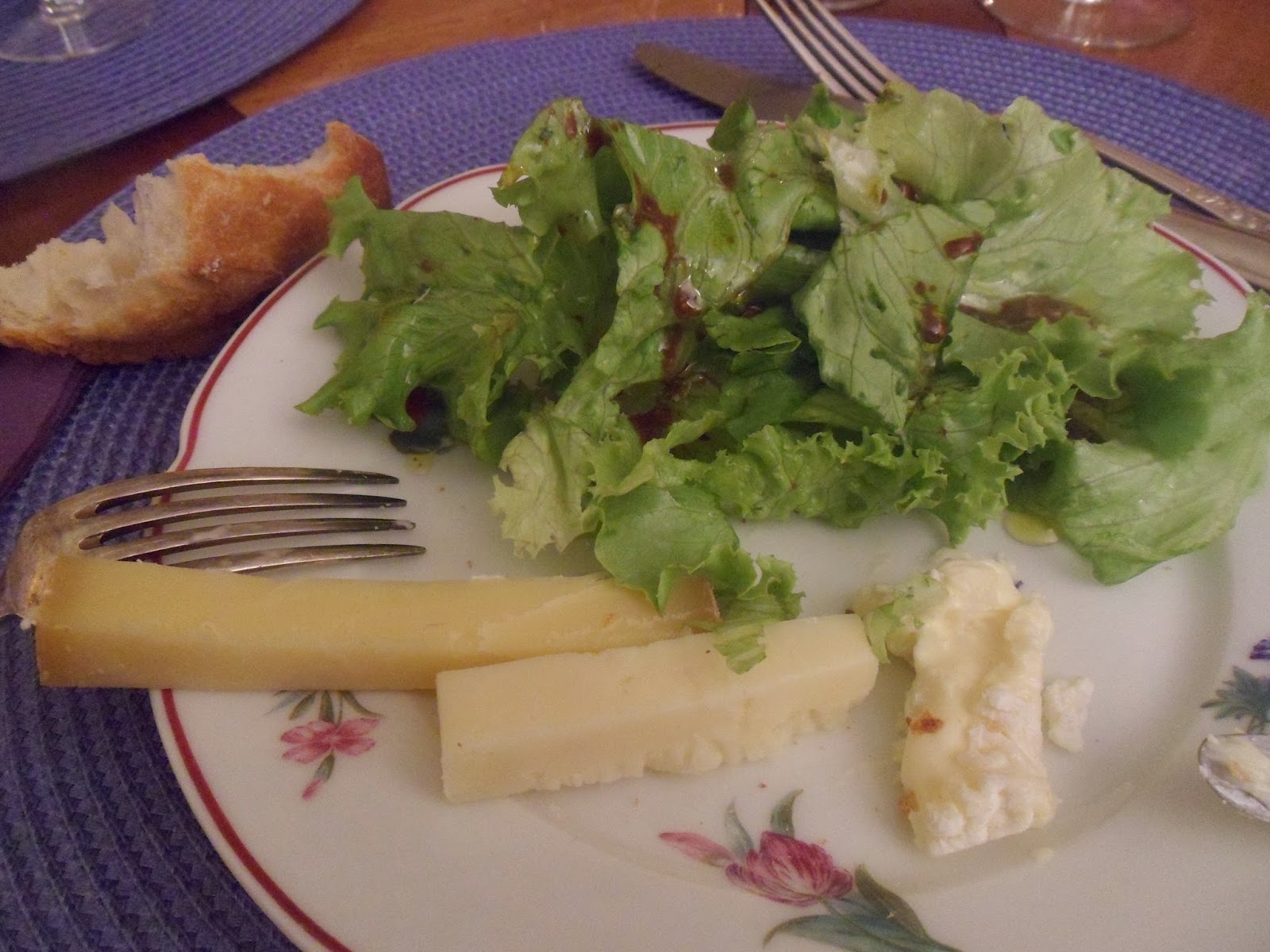 And how could I forget to mention the alcohol? Tonight we had champagne, white whine, and red whine in that order. Yes, I had a little bit of each, and I didn't hate drinking this time as much as I have up until now (still prefer not to, though). The champagne especially wasn't bad at all. Tonight I think I finally started to understand the whole French wine and cheese thing. Because they can both be pretty strong for me and have scents and tastes that I'm not yet accustomed to, I'm not crazy about either on their own. But together? That's a completely different story. They make each other taste better! Or I guess it would be more sophisticated to say that they complement each other, but you get what I'm saying. 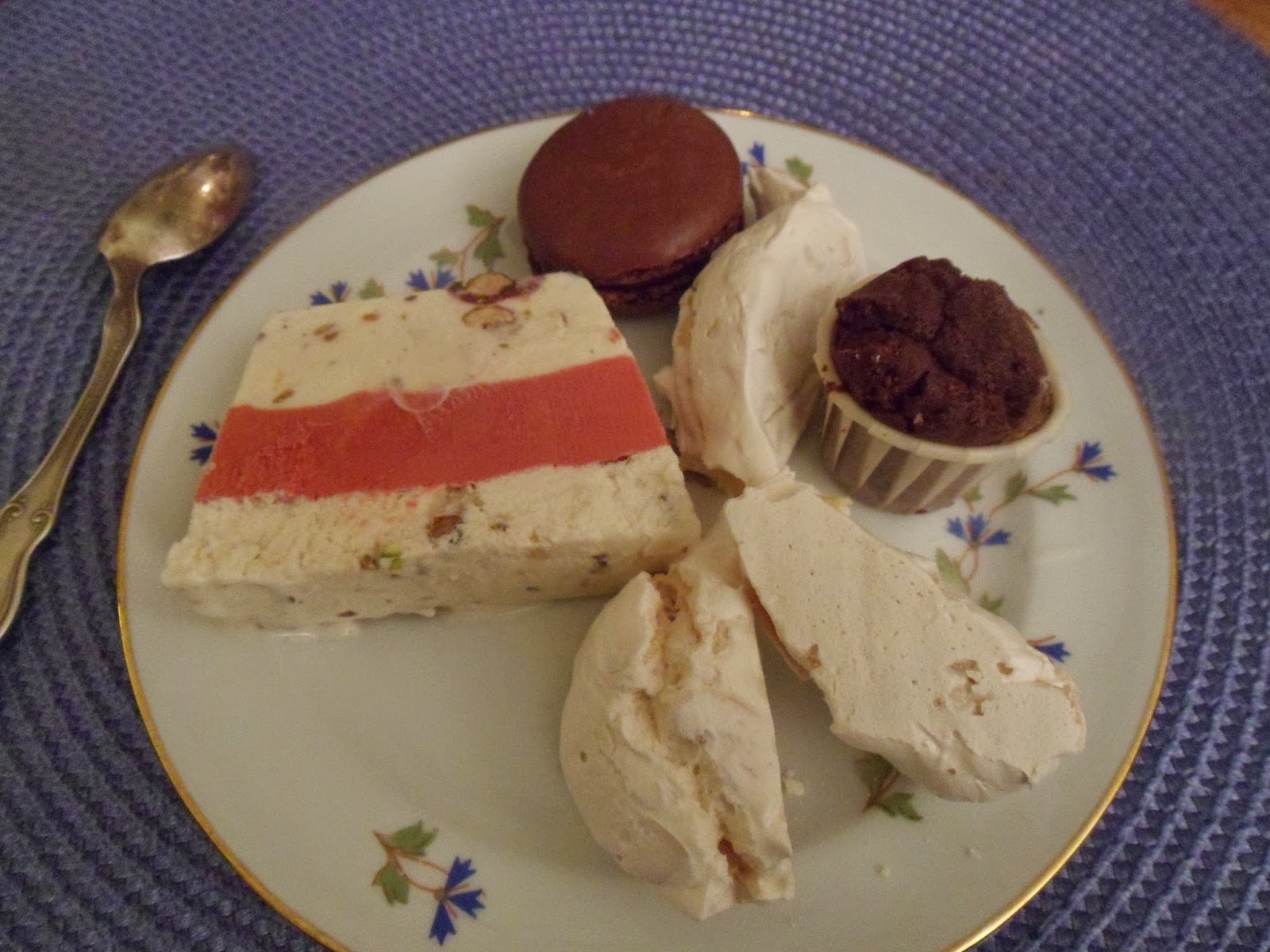 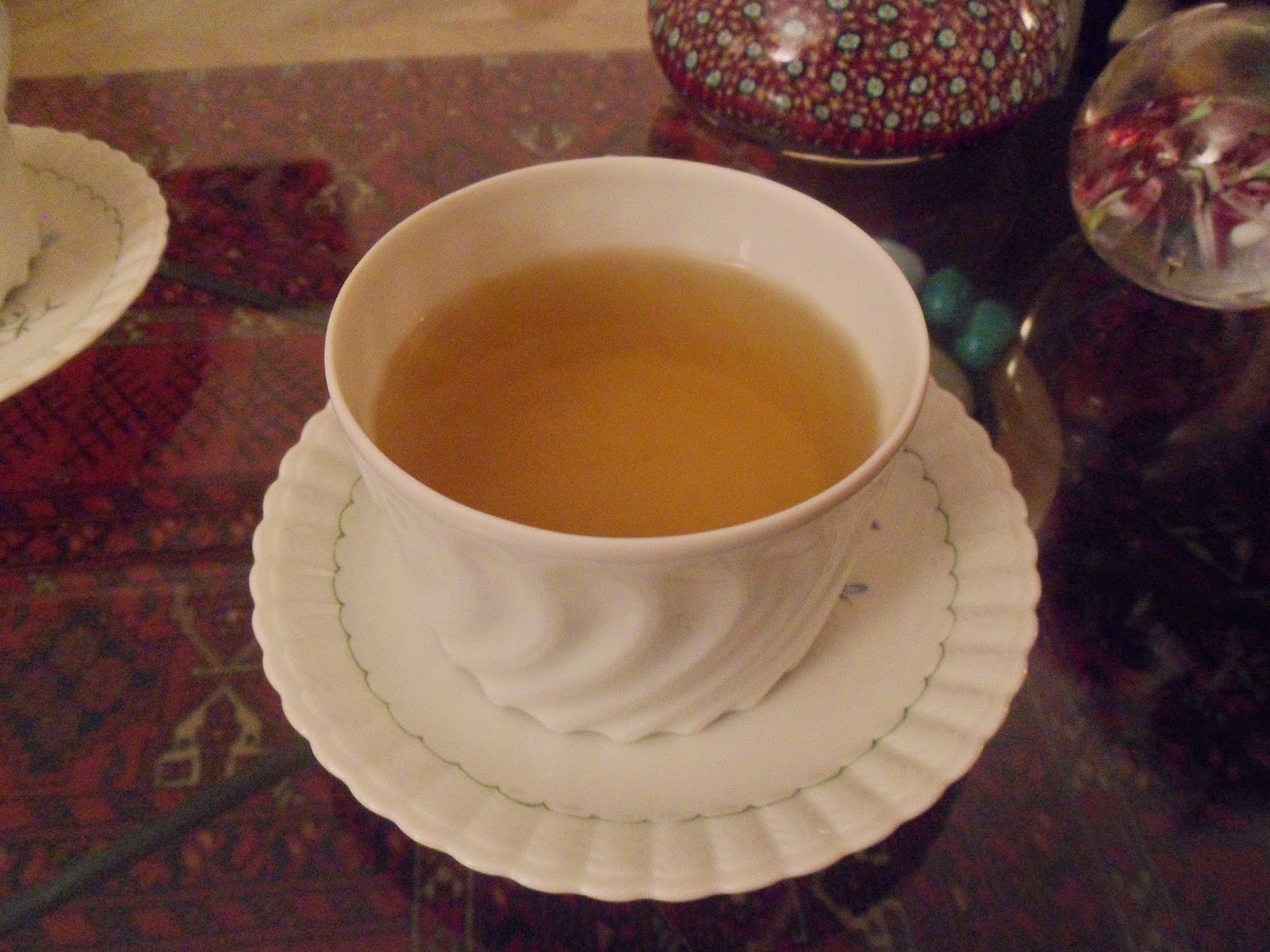 With all the eating, debates/jokes/storytelling, laughter, plate
passing, clearing and resetting dinnerware, and moving between rooms, folks didn't leave until after midnight. It was swell.

Happy Birthday RM! And thanks for another fantastic meal à la française!