My next and last stop of the day was the UNESCO headquarters, which are just behind l'Ecole Militaire, which is just across the street from La Tour Eiffel. 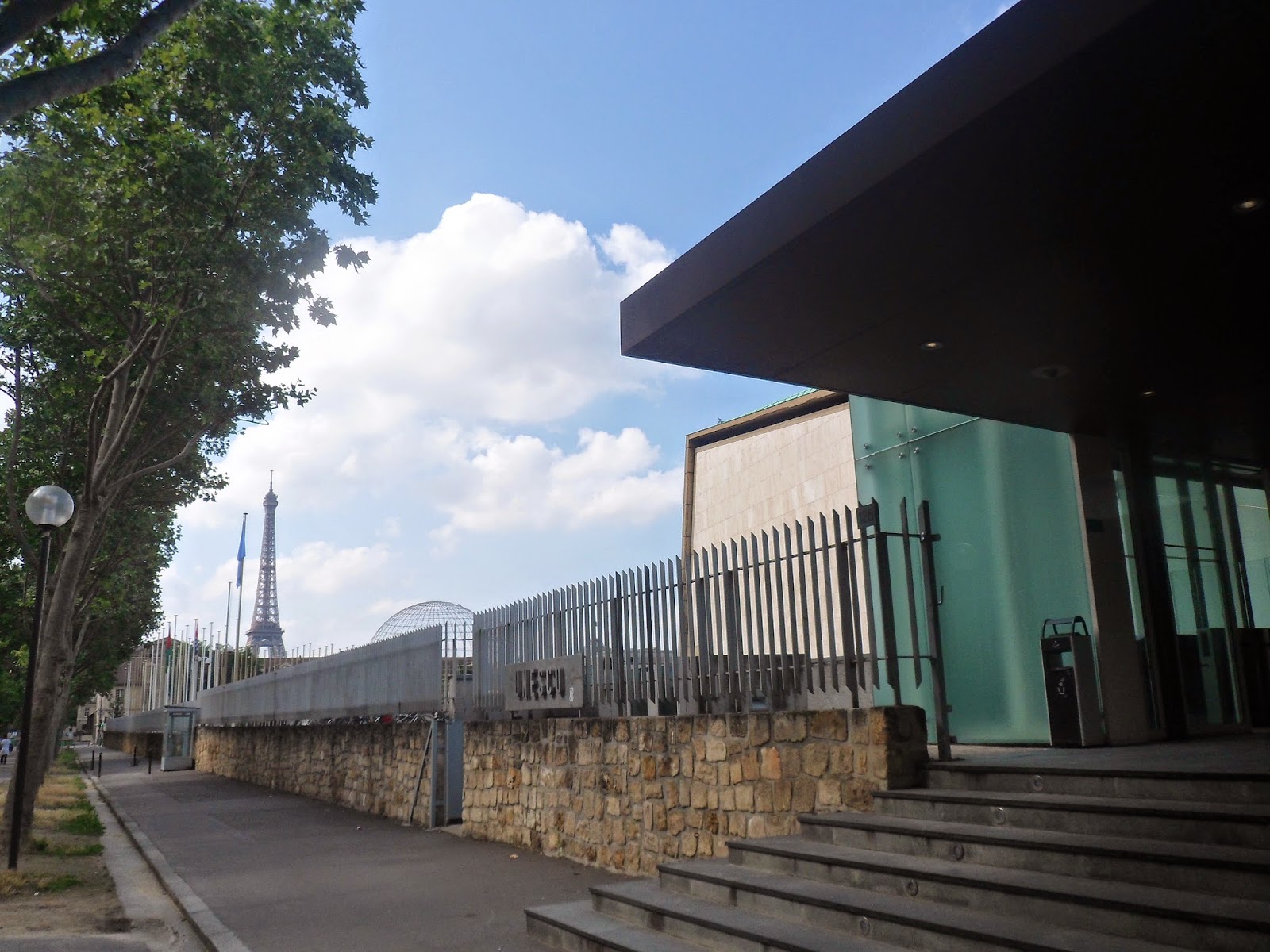 This time I already knew that the place would be closed, but I went anyway just to see what the building looks like. UNESCO has come up a few times on the list of places that people have told me they could envision me working, so I figured I might as well go there in person while I'm here. To be honest I'm not very knowledgeable on what all the organization does. But for those who don't know, UNESCO is an agency of the United Nations, its acronym stands for "United Nations Educational, Scientific, and Cultural Organization", and one of its many functions is to designate World Heritage Sites. 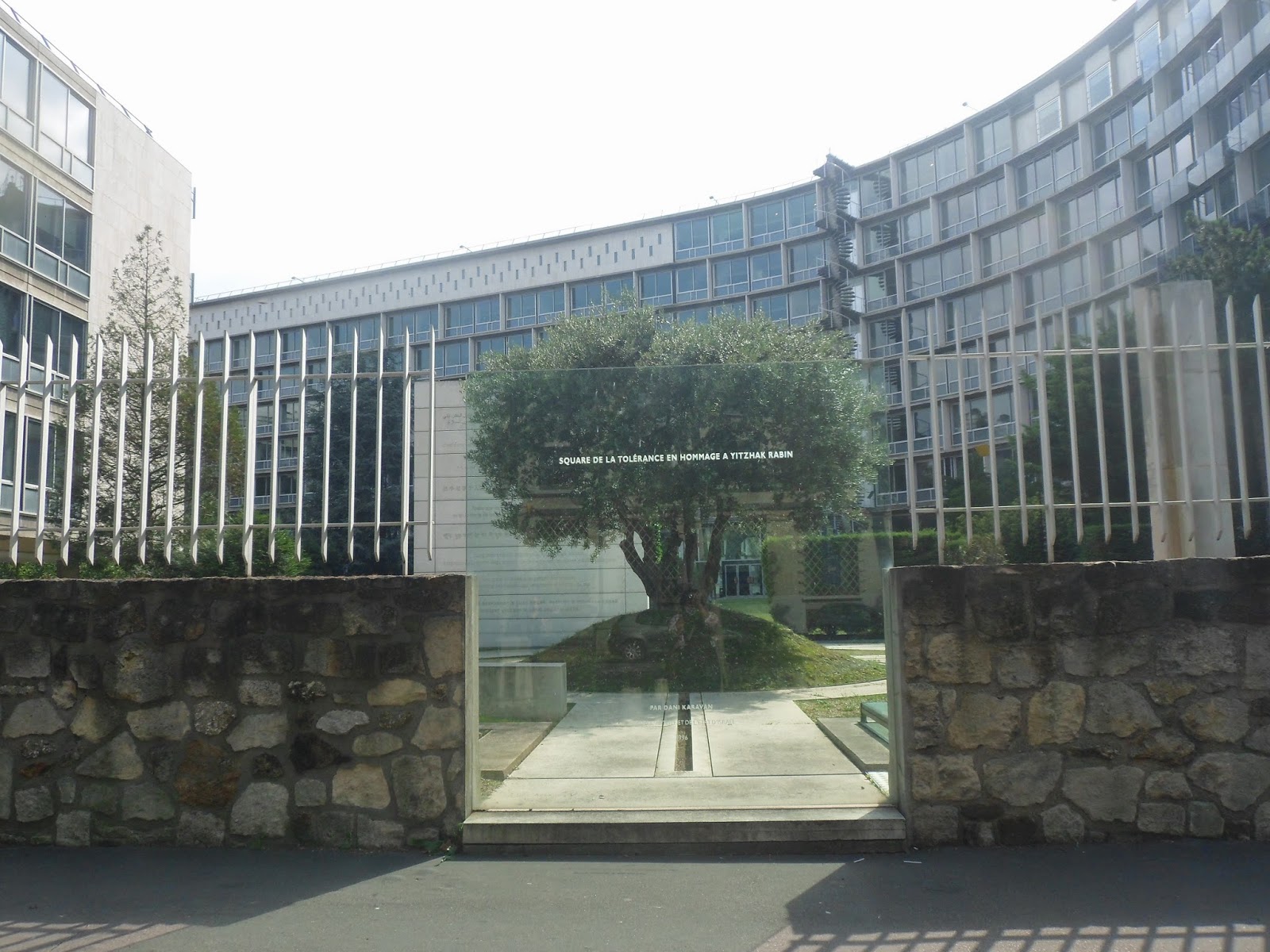 I have to admit that the place isn't that impressive from the outside. There was hardly anyone there and the neighborhood was dead quiet, so maybe I would've had a different impression if I'd gone there on a more active day. You also can't see much from the outside (for obvious reasons), so I had to snap photos through iron bars. The only part of the barrier that wasn't fenced off was a thick sheet of glass that marks le Square de la tolérance. You can see a little more inside from here but not much. Given UNESCO's closure during the weekends and the important nature of its work, of course I wasn't expecting to see a lot or get some sort of inside scoop. But for some reason I still left feeling a little underwhelmed. At least I know where it is now.