Making my rounds (Monday and Tuesday)

Nothing much to report about yesterday and today, but here goes.

Yesterday
At school the class from Friday was split up according to each student's level, so yesterday was my first day in my assigned class. There are two other students besides myself: one of the students in my internship program (let's call him E), and a young lawyer from Brazil who's lived in Paris for six months. Our instructor's name is V. V is a little intense and the grammatical material we're going over is challenging, but overall I really like the course! I'm constantly learning new things, my fellow students are pleasant, and V has a great sense of humor. 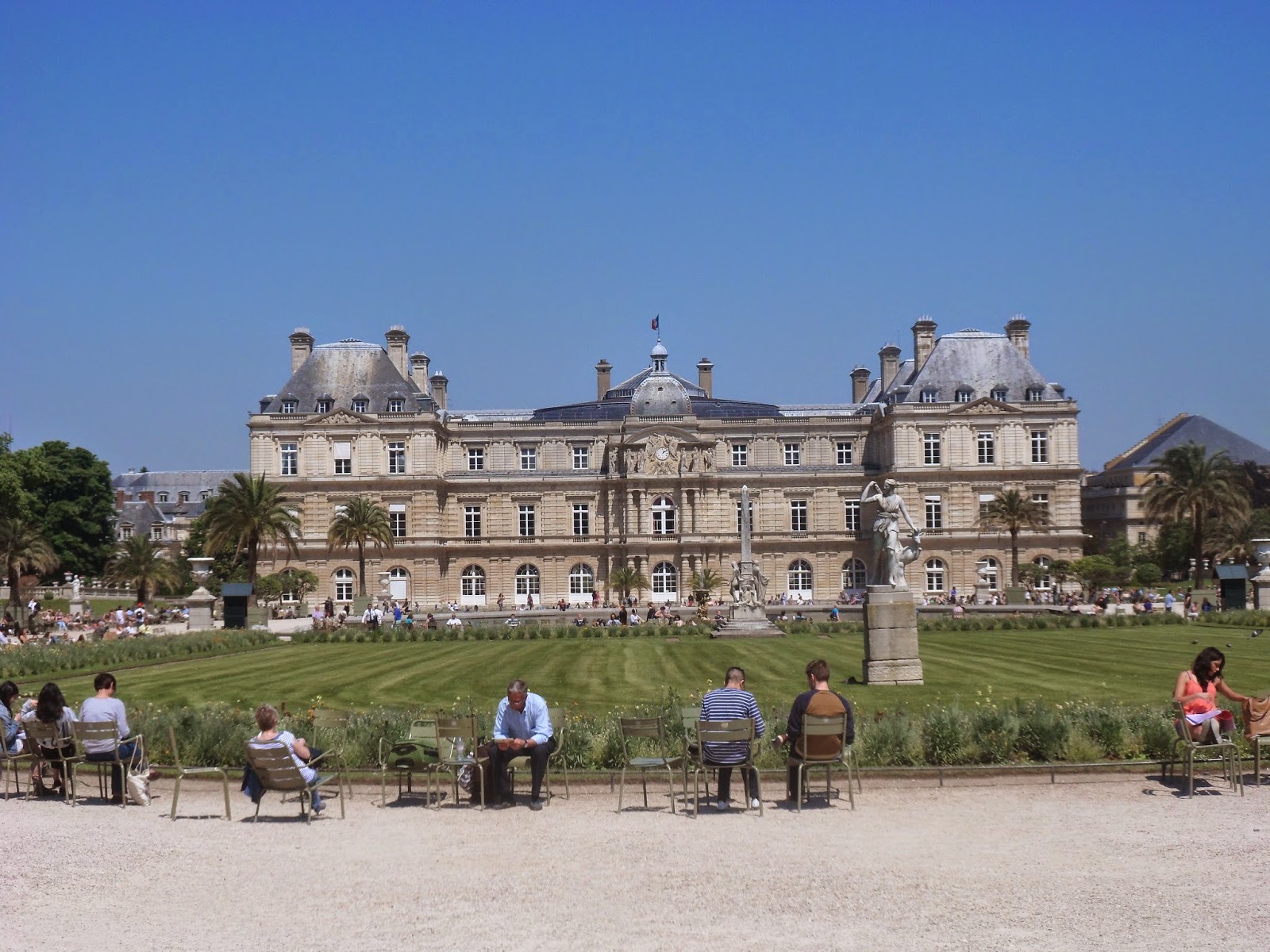 After class yesterday E and I stopped at the usual spot for lunch before heading to Jardin du Luxembourg. It's the second largest public park in Paris, it was created and gradually modified by various monarch's. Today, the Palais du Luxembourg is where the French Senate meets. We walked around about half of the park before leaving. 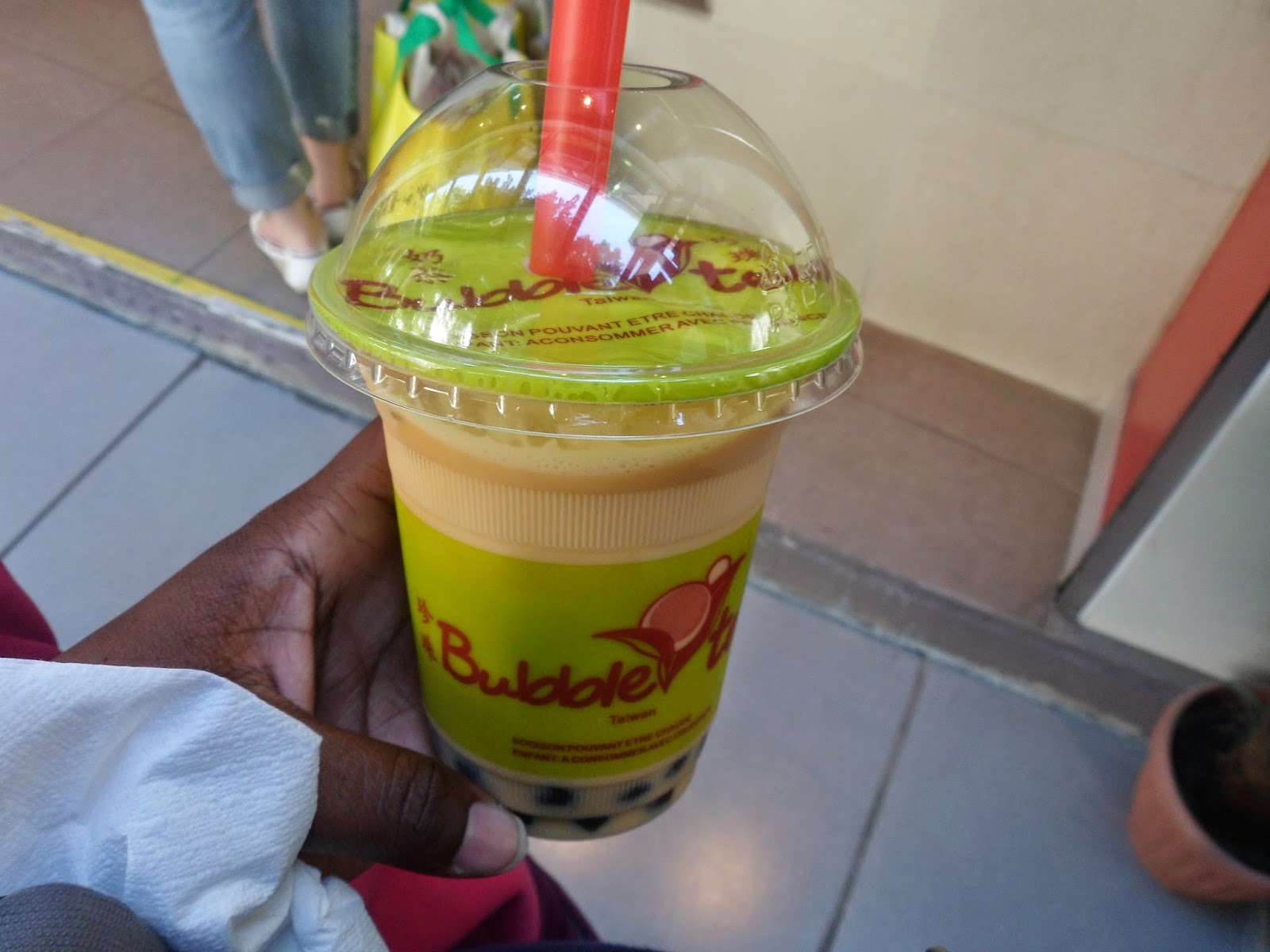 E had something to do so we parted ways. But I really wanted to go somewhere else. So I went to le Quartier Chinois (or as we would call it, "Chinatown"). At least that's where I meant to go. Le Quartier Chinois is on the southeastern edge of the city which is an area that I'm not familiar with. Plus, it's not a huge tourist attraction so while it is marked on maps there aren't any signs to tell you the way once you get near it. So after getting off the metro in that part of town I went the wrong way at first, which wasn't so bad because I happened upon the national library (la Bibliothèque nationale de France) along the way. But I was eventually able to re-route myself and get to le Quartier Chinois. It's a lot smaller and more diverse than you'd expect. I'd say the busiest and most concentrated part of it is Avenue de Choisy, though as an outsider I didn't find much in terms of entertainment or sights to see. There is a mall, but I didn't go in. I was also exhausted and frustrated after such a long detour, so I just found a place to get bubble tea, got some, and headed back "home". I'm not sure that I'll go back over there, but I certainly don't regret going. 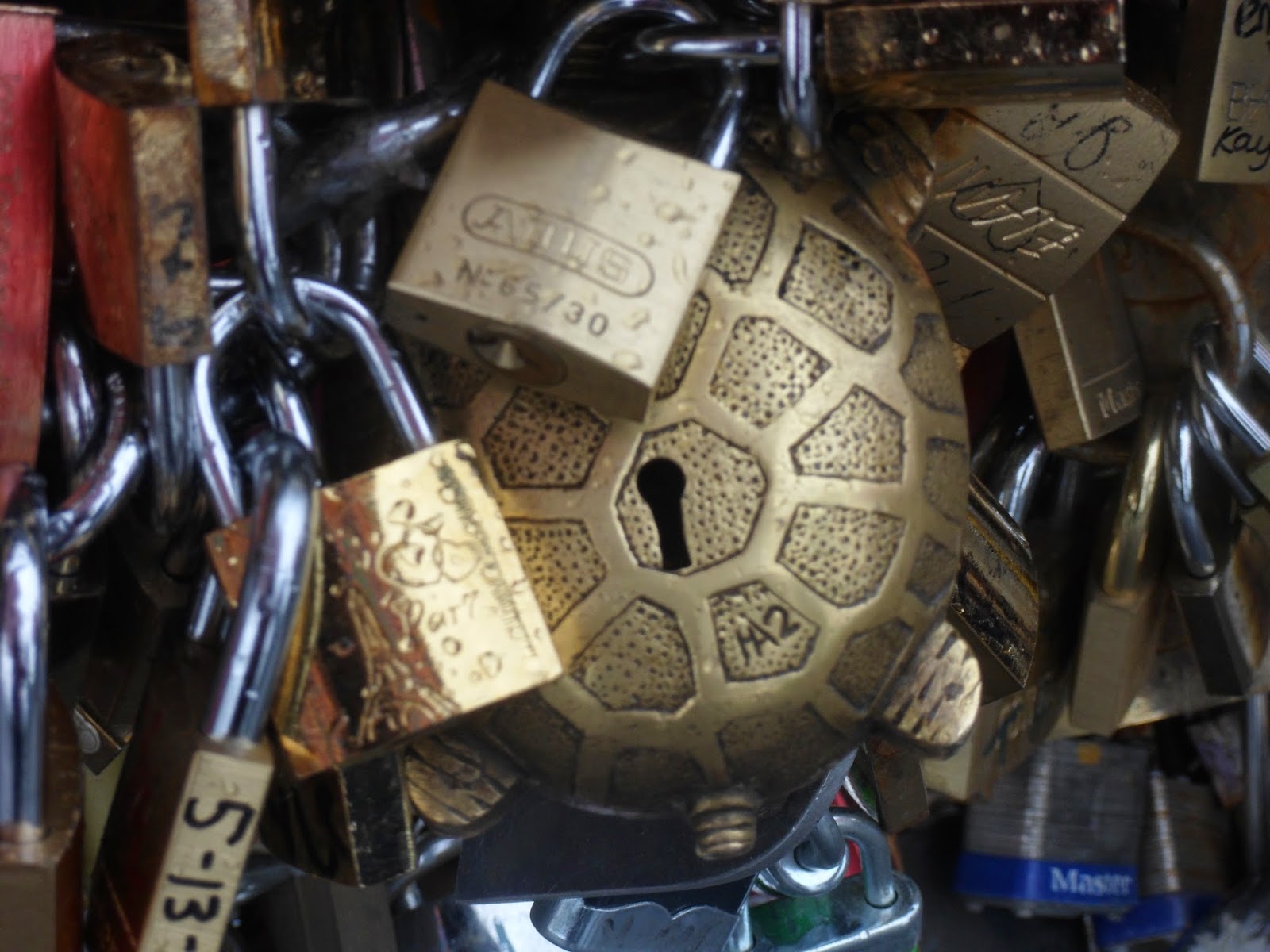 After class, me, E, and the other student in our internship program (let's call her H) headed to Centre Georges Pompideau. But alas! We got there and found out that it's closed on Tuesdays. So we walked by la Cathédrale Notre-Dame de Paris, which was nearby, and then visited the "love locks" bridge. I've found that there are at least two bridges along the Seine where people (tourists) leave padlocks, but the one behind Notre Dame is the most heavily decorated. People from all over the world leave signed locks here, either as a symbol of eternal love or in memory of a loved one. It was nice to look at. 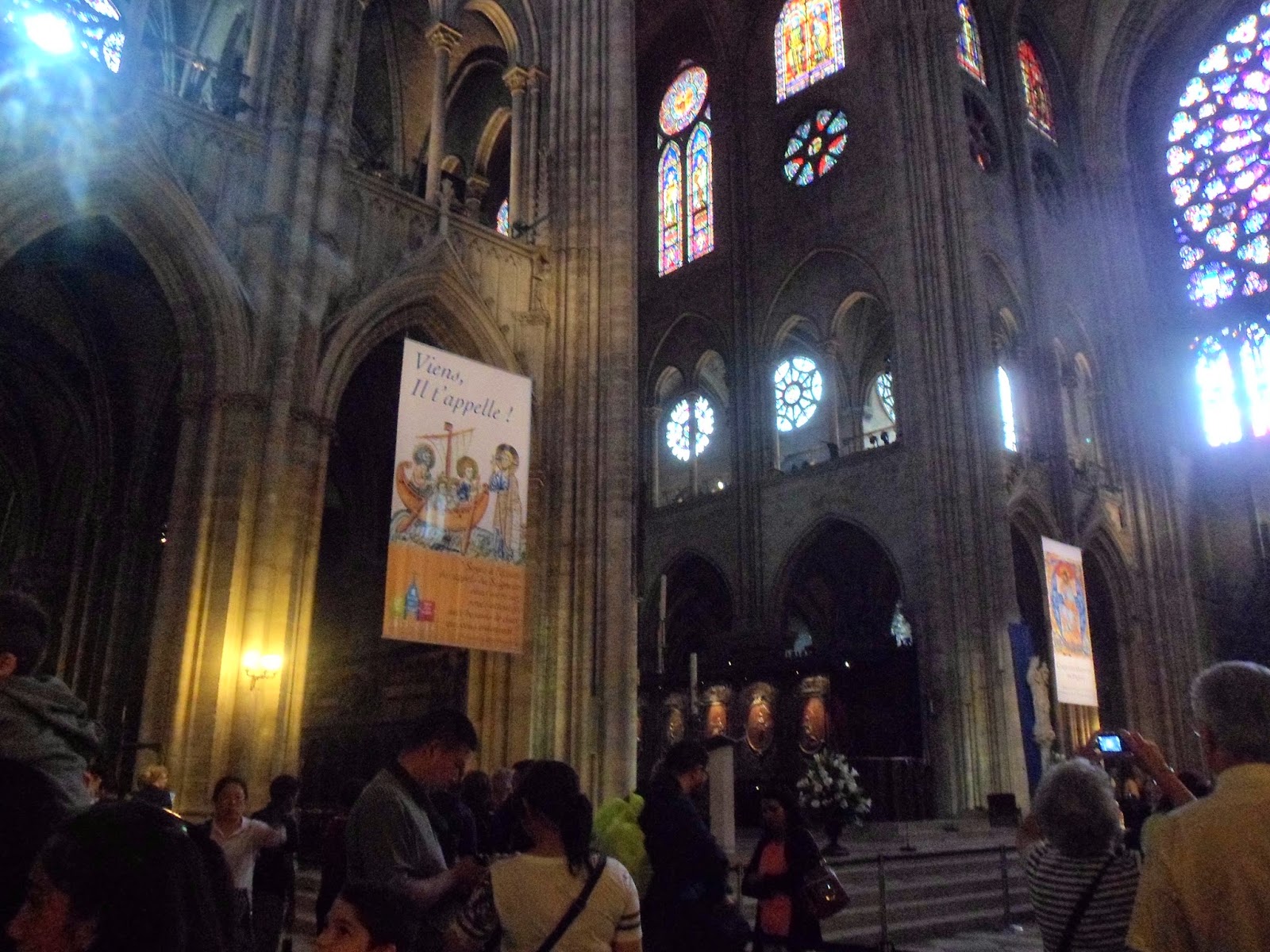 It was raining by the time we got to the bridge and we didn't have anything else we wanted to do, so E went his way while me and H went ours. But we passed Notre Dame again on the way and I got the nagging feeling that I should go in. So despite the outrageously long line, I did. It's dark and beautiful and gothic and spacious and holy inside. Though I feel bad for the people who actually pray and worship there, because unfortunately it's also crawling with tourists. It's hard for me to describe how the cathedral is laid or what's in it because it was dark, I'd never been in a cathedral before, and there were a number of catholic images that I didn't quite understand. But I will say that walking around in it is definitely an experience that you mustn't miss. I walked around the sanctuary twice. Afterward I thought I'd get in line to go up into the towers, but then I thought better of it since I still had homework, reading and writing to do today.

Ahh, I have to keep reminding myself that I'm not exactly a tourist.