Today was my first day walking around Paris by myself. First stop: Curls and Locks Love natural hair meetup! 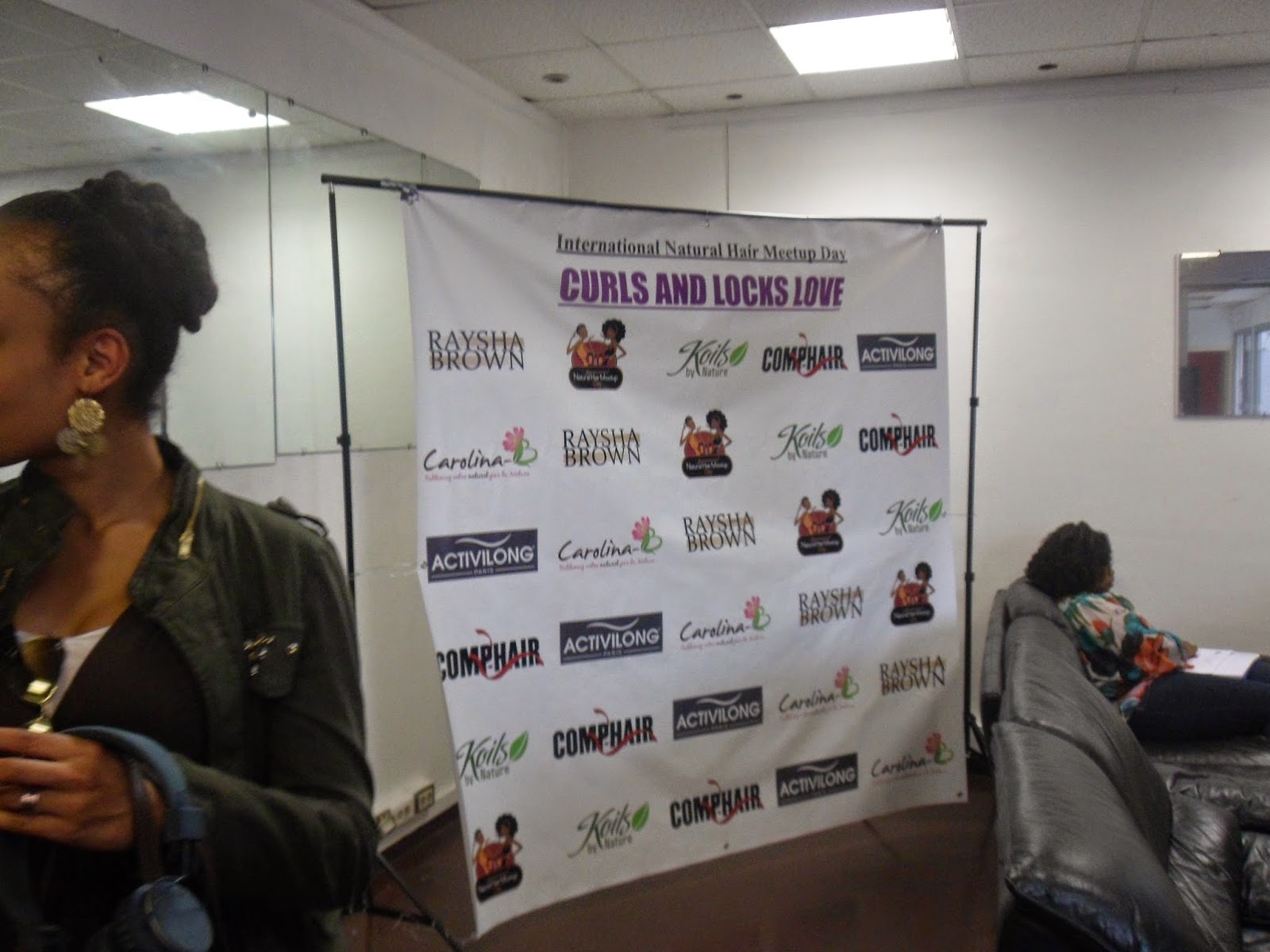 Curls and Locks Love in Paris is part of International Natural Hair Meetup Day (INHMD), with meetups also being held in the U.S., Japan, Grenada, Holland, and Canada. As I've mentioned before, the Paris event was taking place at my future workplace, so this was an opportunity for me not only to meet Parisian naturals, but also to figure out how to get to La Métisse. I walked there but arrived to early, so I just kept walking until it was time. From the time I left the apartment I was walking/exploring for an hour total.

The event was MC'd by Raysha Brown, a popular French natural hair guru. The program consisted of hairstyling demonstrations on locked and curly hair, discussions about "Natural Hair Problems" and caring for dreadlocks, and the showing of a documentary report that Raysha did. The report consisted of interviews with six naturals. There were five women and one man,  two locked and the rest not, all of whom were French (except for one woman from Amsterdam who spoke English). They each talked about their experiences going natural and their opinions of the natural hair movement. I learned quite a lot from this documentary. For example, while in the States we often use the term "going natural", French/European naturals often say "returning to natural" since we were all born natural in the first place. Overall the event advocated trying new things, avoiding excess and hair drama, patiently taking the time to find out what works for you, and sharing what you've learned with others. 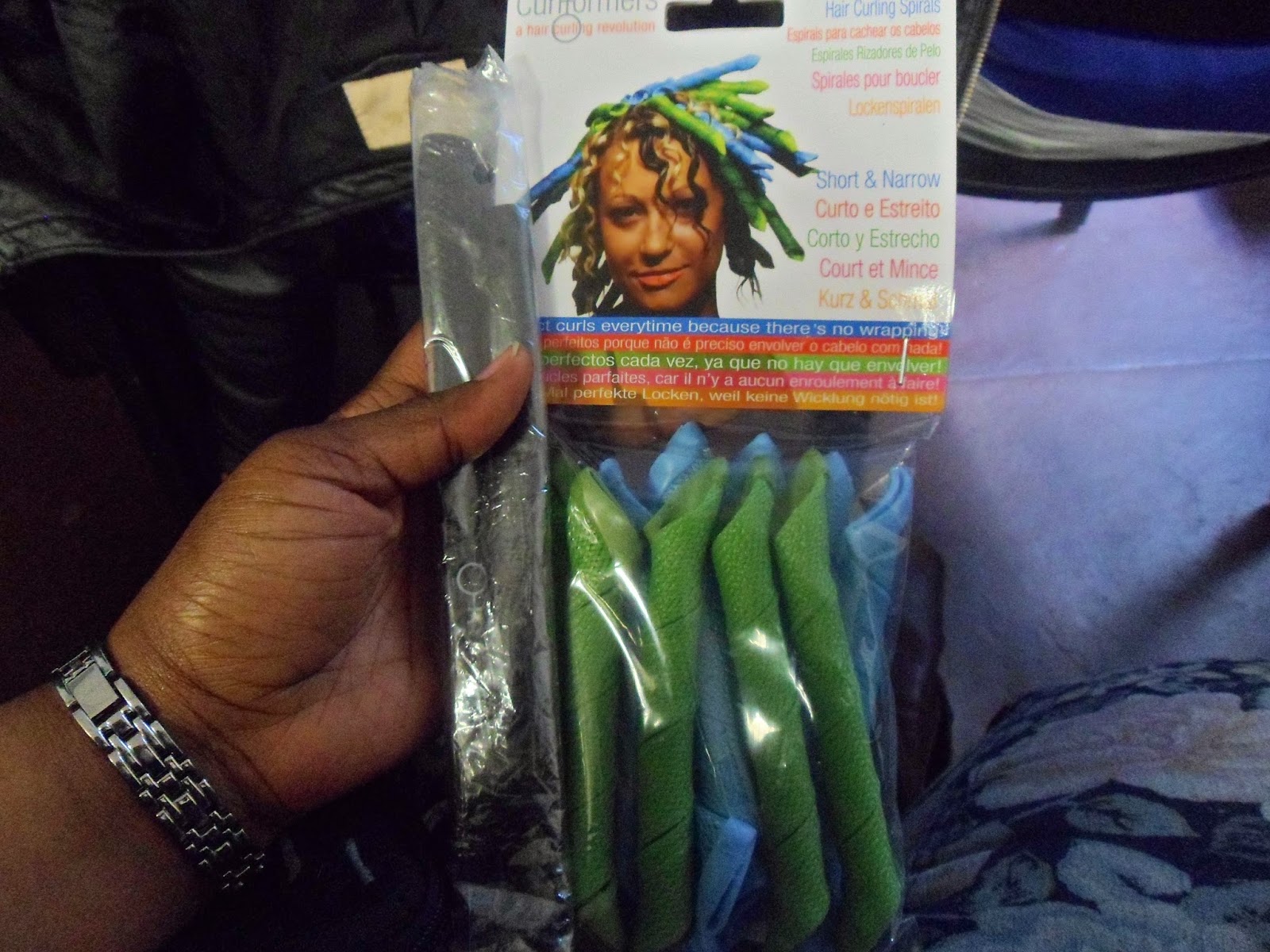 At the end they had a mixer with hors d'oeuvres where you could mingle and buy products. I didn't really talk to anyone because I'm shy and didn't know what to say, and I didn't buy anything because I'm cheap. So I mostly just watched people and snapped pictures. Still, it was nice observing how beautiful, convivial, good humored, and relaxed all the women were. After the mixer there was a random drawing for prizes, and I won CurlFormers! Now... someone teach me how to use CurlFormers!

Another highlight of the day was that I got to meet my boss in person today. I also met a female intern named D who'd adminstered my interview along with him two weeks ago. She kindly showed me around  La Métisse. She's really nice and I was looking forward to working with her, but it looks like she finishes her internship when I begin mine. Darn timing. After collecting my INHMD goodie bag I walked back to the apartment to get more familiar with the area.When I start at La Métisse I'll probably commute by metro, but still it's good that I know the way on foot now. 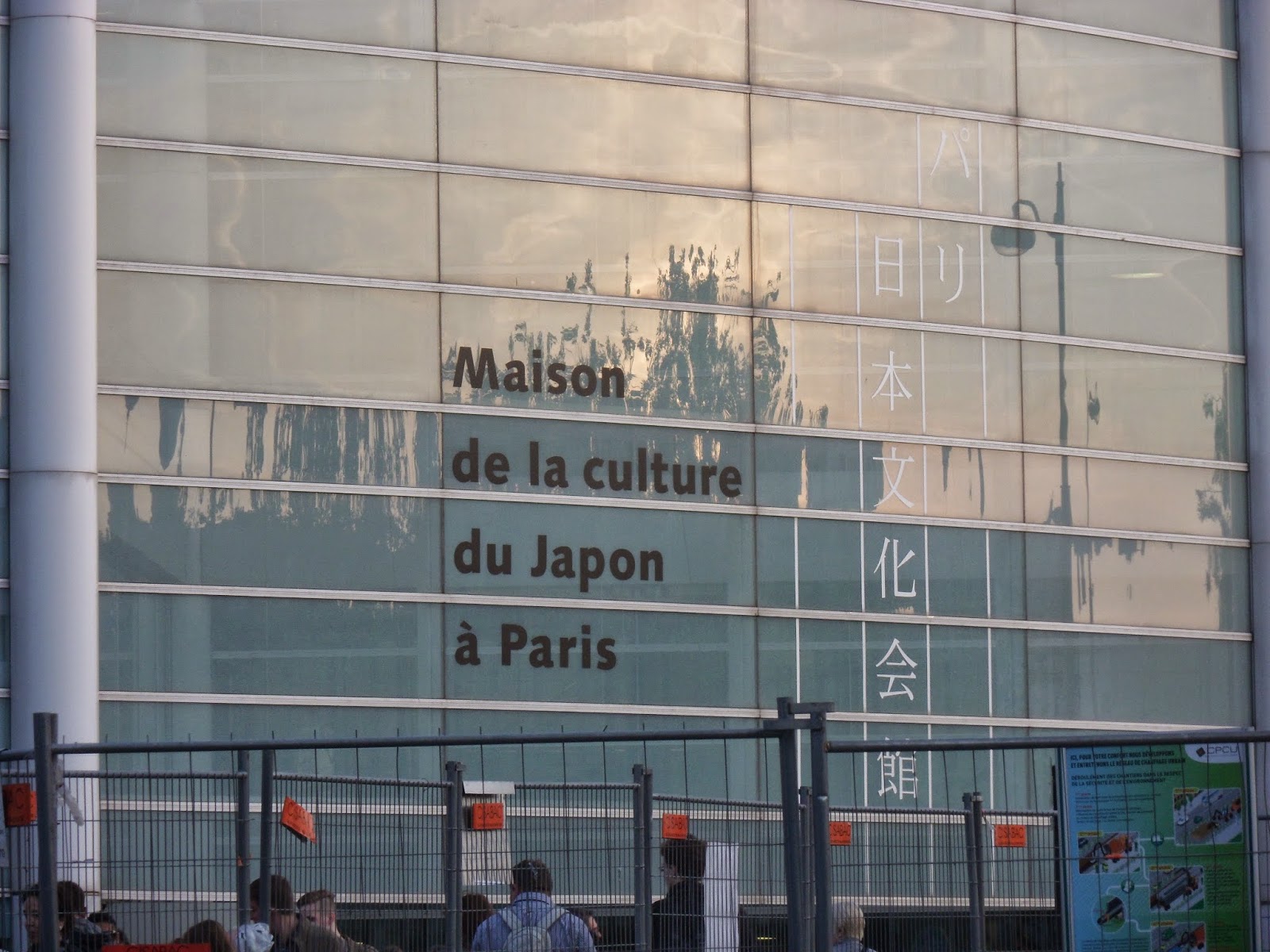 After dinner I headed to my second stop: La Maison de la Culture du Japon à Paris (MCJP). This and all other museums in Paris were open late and had free entry since tonight was La Nuit Européenne des Musées. Now I know, your first thought might be Go to the Louvre! But la Nuit de Musées is known for some seriously long lines no matter where you go. And the Louvre would've been bananas, in a bad way. So I went to MCJP instead, which I was pleased to find is just down the street from the Eiffel Tower. It took me over an hour to get there though because I got lost. I decided to take the bus because my program's staff recommended it as a good way to see Paris when not in a hurry. But then I messed myself up and got off at the wrong stop, meandered for a while, then figured it out and got back on track. 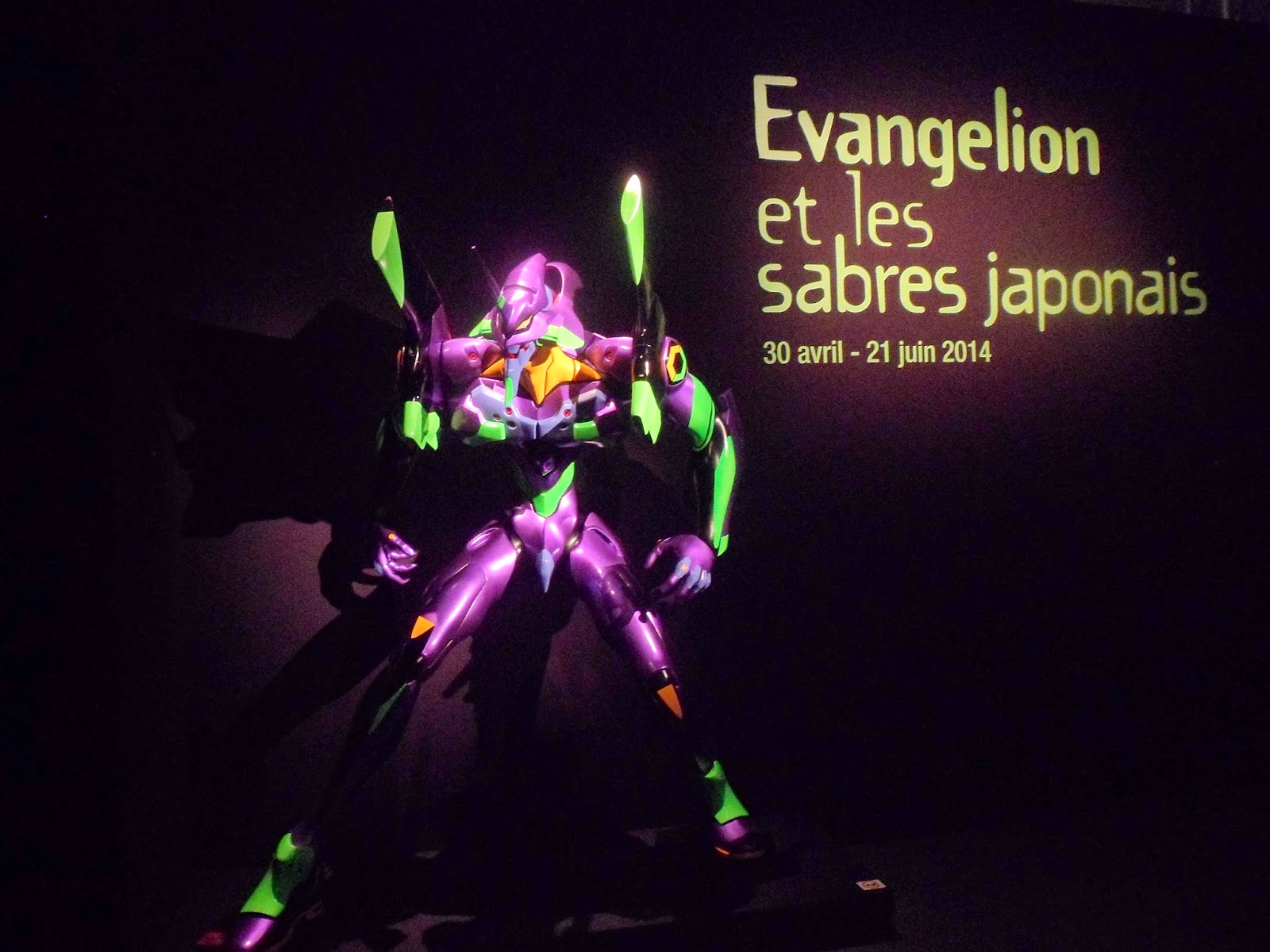 I waited my turn in line for about 45 minutes and was a little disappointed. At first I thought we would be able to explore the building (that's why I'd wanted to go). But for this special night visitors were only allowed to go to a special exhibit about Evangelion and Japanese swords (Evangelion et les sabres japonais). It was just ok. I'm not very interested in either subject, plus it was pretty small. I guess you get what you pay for. But! I will say that the exhibit tied its themes together well. Tradition and modernity. Technology and art. The process of creation. One subject influencing the other. And at least now I know where the building is in case I want to go back later. It was dark when I left (first time being out in Paris at night, woo!) so I took the metro back. I got a nice view of the lit-up Eiffel Tower as we rolled away. 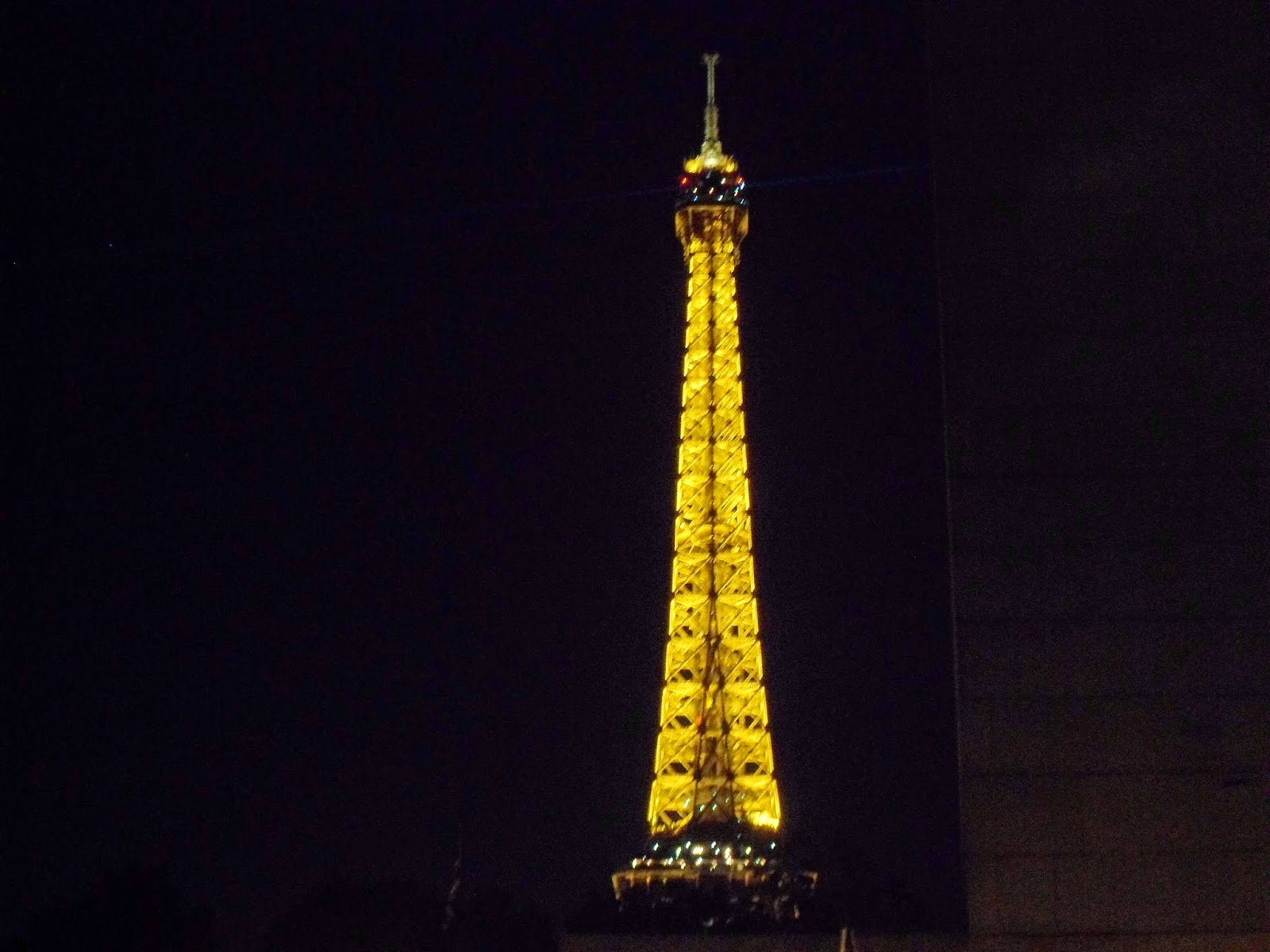