Anna and I hit the grown running, getting up extra early to attend service at Westminster Abbey. That was the free way in, so of course I wanted to go for it! 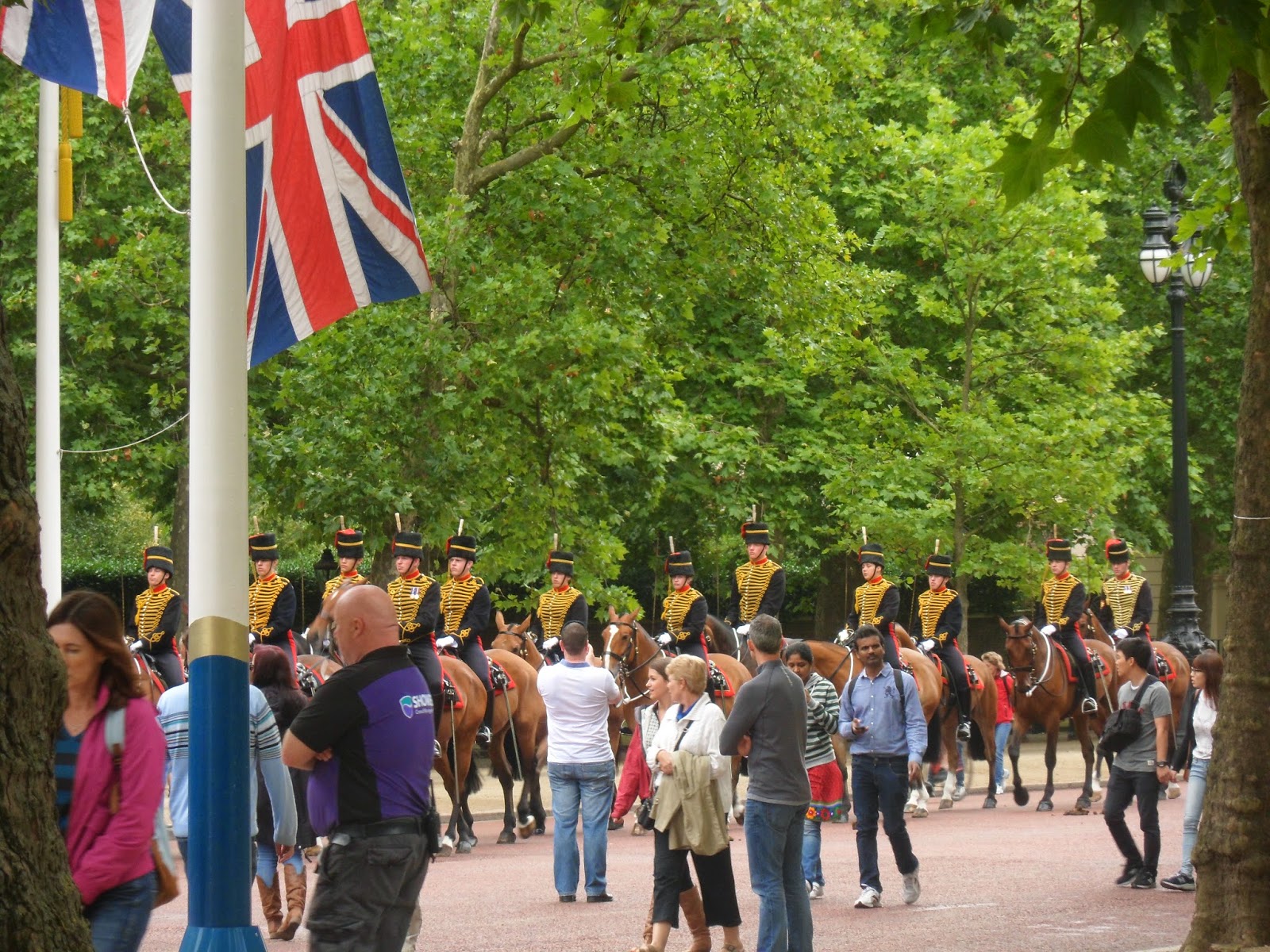 Our journey there started off alright. But then we couldn't change lines on the tube where we'd planned to because of construction, so we ended up walking the rest of the way. We passed through Green Park and by Buckingham Palace again, witnessing a procession of horsemen on the mall. 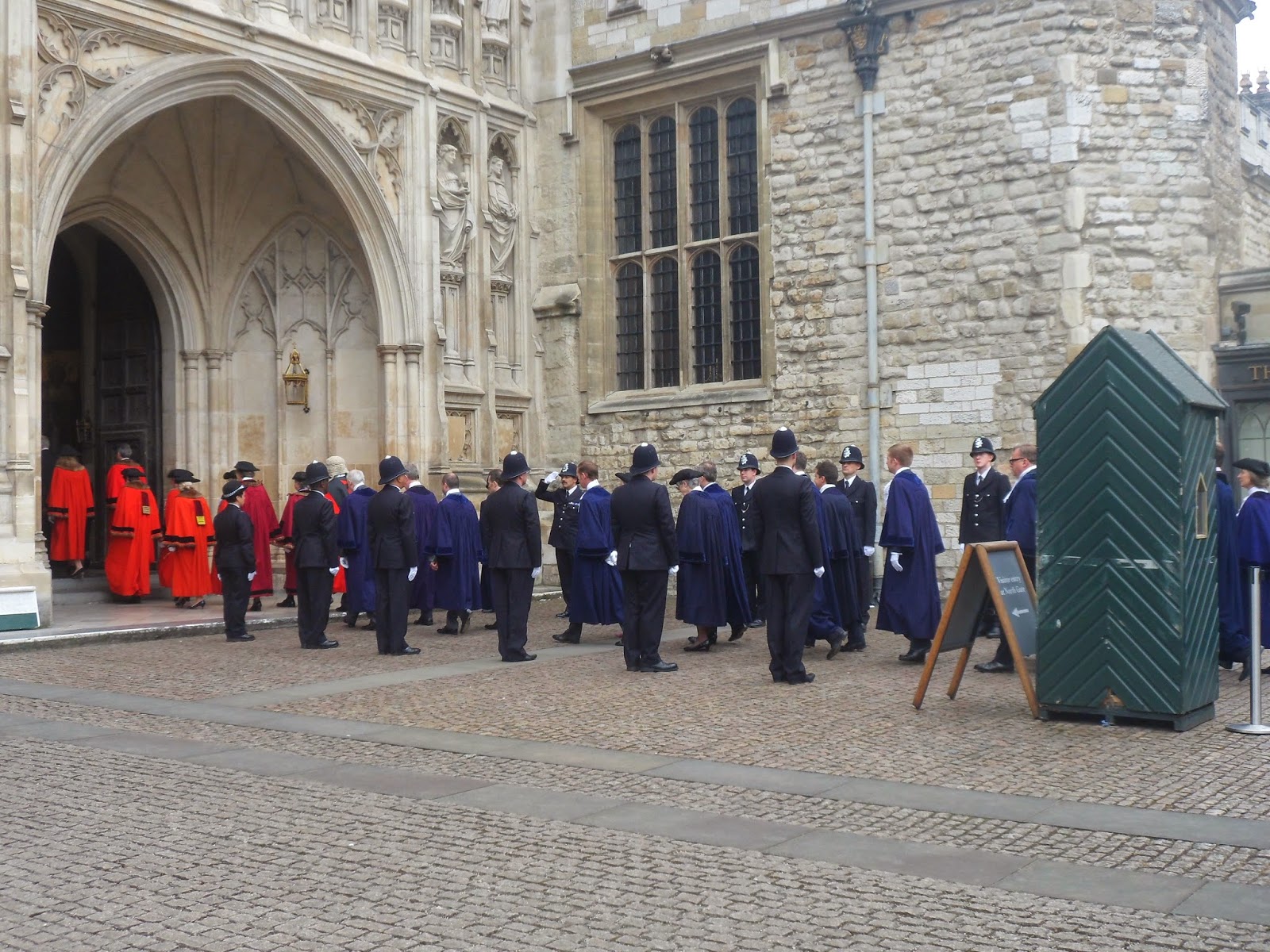 Time was slipping by quickly and we tried to walk as fast as we could, but we didn't think we were going to make it. When we finally arrived at Westminster Abbey there were guards lined up at the main entrance, and attendants at the gate were keeping the crowd of onlookers out. Apparently today wasn't just any regular service; it was their Civic Service, where important members of city government . These government officials started filing into the church in a line of red, burgundy and blue robes just after we got there. The attendants were adamant about keeping people in the crowd out of the way, and I heard someone near me say something about needing a special ticket to enter. So I thought it was a lost cause. But thank God for Anna being willing to ask, just to be sure! She asked an attendant right at the gate if we could go in for service, and he was replied nonchalantly, "Sure. There should still be seats left." And he let us through. We walked down the red carpet and everything!

That right there reminded me of a valuable reoccurring lesson that I've been learning during my time here. You have to ask for what you want. Especially in Europe; you can't expect people to do things without being asked or give you information freely as you might in the States. But I digress. 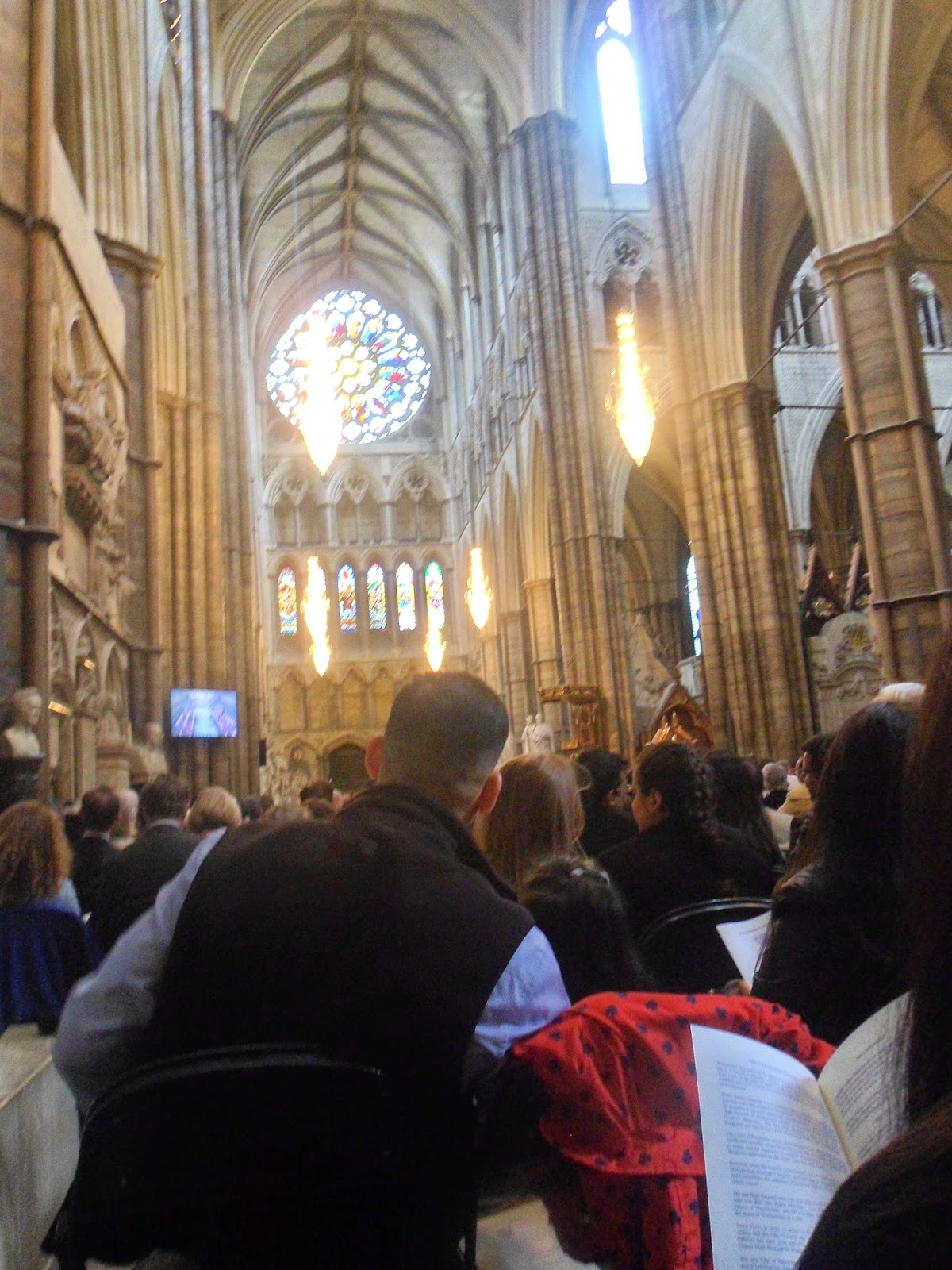 The point is... we sat for Sunday service IN WESTMINSTER ABBEY! I was so relieved that we made it in and humbled by the opportunity that I almost cried. I just couldn't believe it. I've noticed that I often feel this way when I visit historic places of worship. I had the same reaction watching Buddhist rites in Osaka, marveling at the daibutsu in Nara, and walking around Notre Dame in Paris, and now I was experiencing the same thing in London. Even though I'm neither Buddhist, nor Catholic, nor Anglican. I know a lot of people don't believe in "all paths to God", and I'm not sure how I feel about that idea either. But there's just something overwhelming about being in a place of worship, where you can feel the earnest faith of the people around you and those who have passed on. Being in Westminster Abbey was also fascinating for me because I'd never been to an Anglican service before. 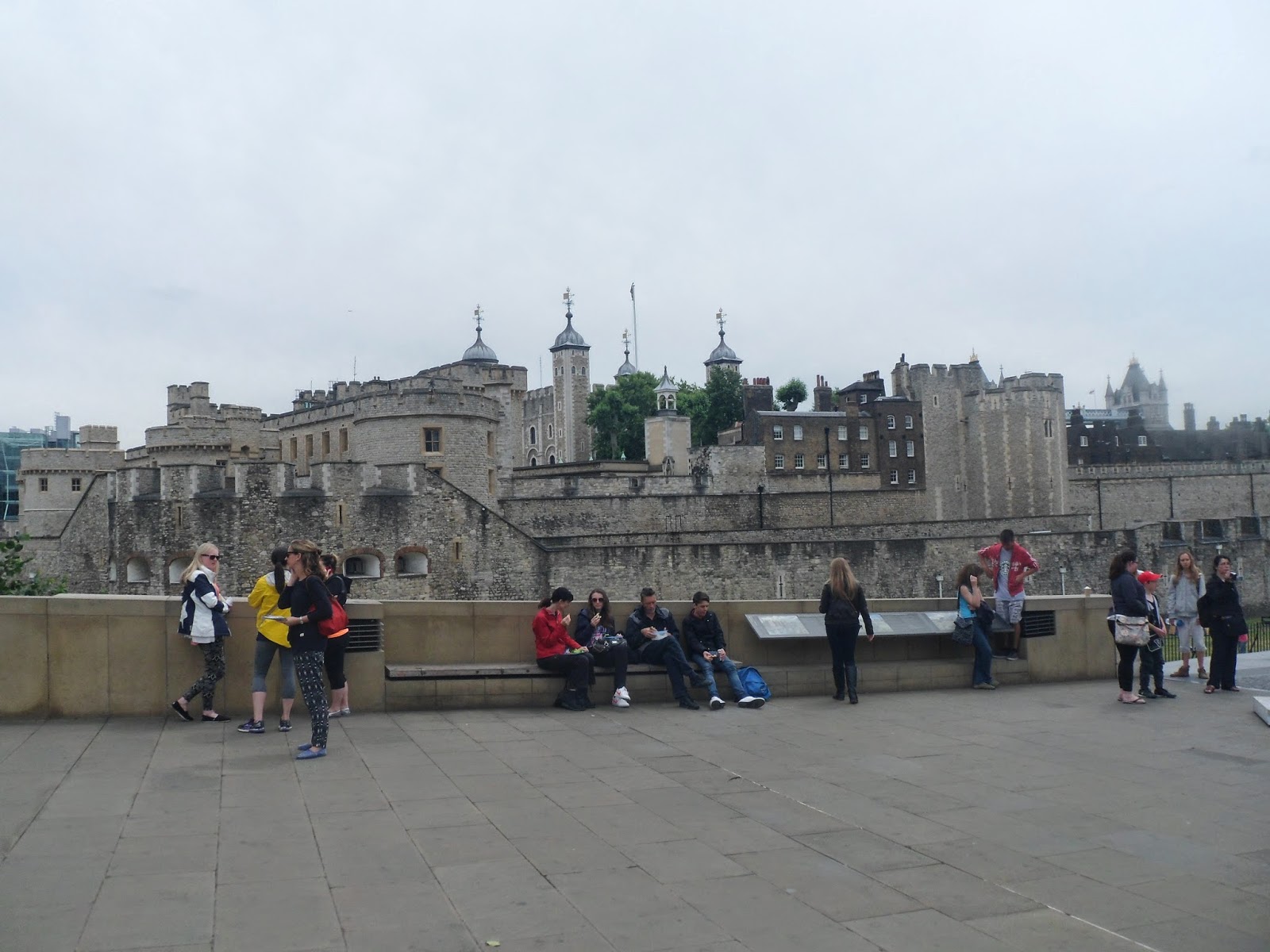 While everyone who comes is made to feel welcome for worship, the staff wastes no time showing you the way out once service is over. So we left with the quickness and hopped on the tube to get to Tower of London. Basically, we went from holy to gruesome in about 10 minutes, haha. The Tower of London (actually a castle) has served many purposes during its existence, but it is known mainly for being a fortress and dungeon where many people were imprisoned, tortured, and executed. Anne Boleyn was beheaded here. The Tower also currently houses a chapel and the Crown Jewels. All of this information was given to me by Anna, who'd toured the castle a few weeks ago. This place is enormous, y'all! And there were tons of people there gathered to look at it, or waiting in line to enter. I'd just wanted to see it though, and once I had my fill we walked down the hill and turned the corner to reach the bank of the Thames and... catch full sight of the Tower Bridge! I don't have much info or history on this one other than that though this is the London's iconic bridge, this is not THE London Bridge. That bridge is further down-river and is much less remarkable. Tower Bridge however, is huge, with grey brick beautifully arranged with dark and light blue paint, with the occasional red and white to mark the colors of the English flag. Anna and I took our first and only picture together in London here. Once gain Ma, this was for you so I hope you're happy.

Find out what we did next by reading part 2!