The day went by quickly today at work and I was so pleased about it! I was counting down the hours, and then 18h came around I was soooo happy! I'M FREE! I'M DONE! I'M OUT OF HERE! 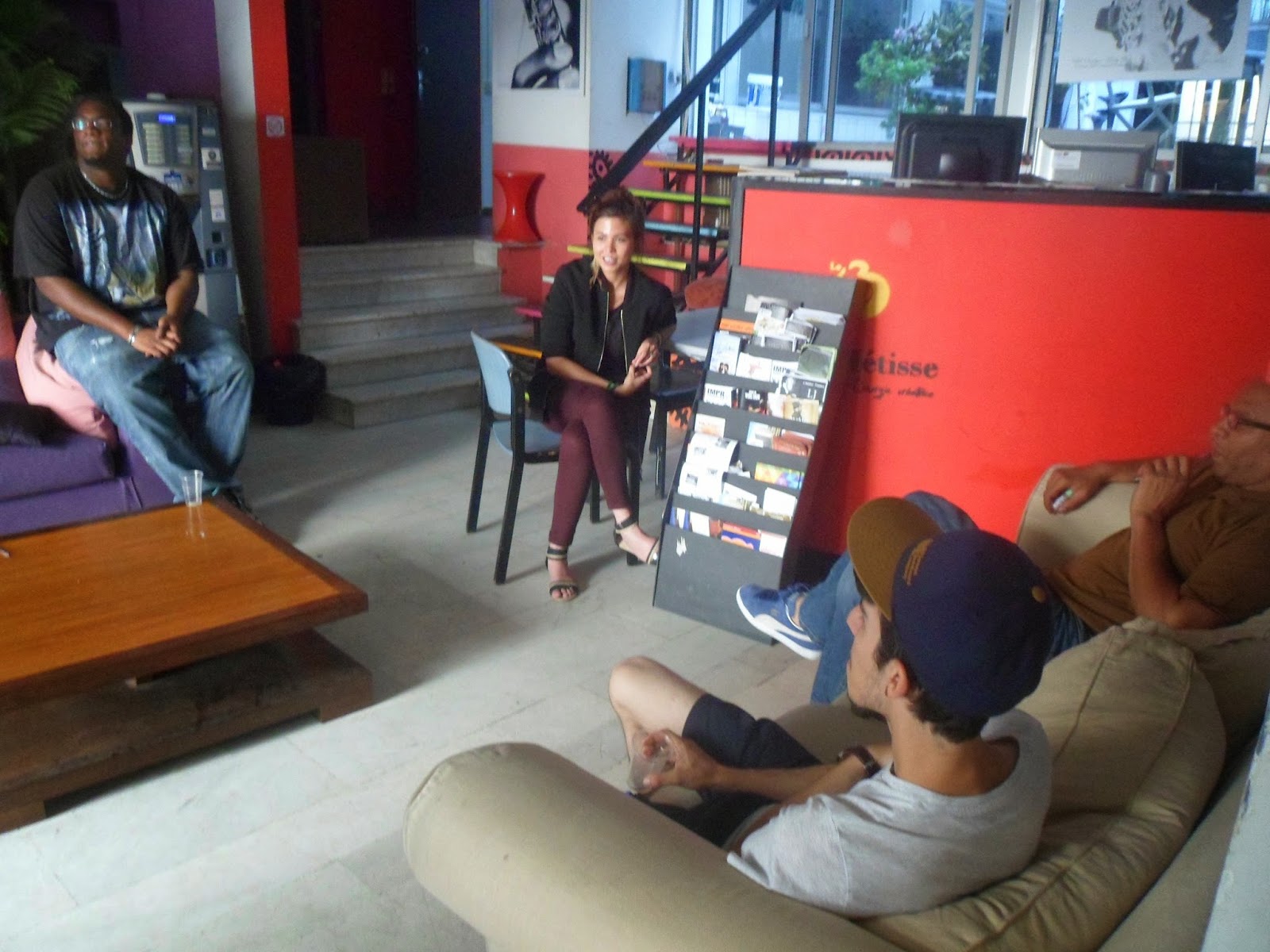 I'd already packed up my stuff and was turning off the computers that I'd been using when my boss came up to me proposing that we drink some cidre together. My first answer was "no thanks" because: 1) Though my tolerance has improved, I still prefer not to drink alcohol. And 2) I thought he meant going to a bar together to drink, and that's a no-no for me. As far as I'm concerned, Boss = boss. Boss ≠ buddy. But then he explained to me that we were all going to drink a bit together before leaving the office and locking up for the day. I found out that he and another employee Chris had planned this in advance, taking special care to buy cidre with a low alcohol content so that I would drink it. So then I was like Ohhh, okay. Sure. 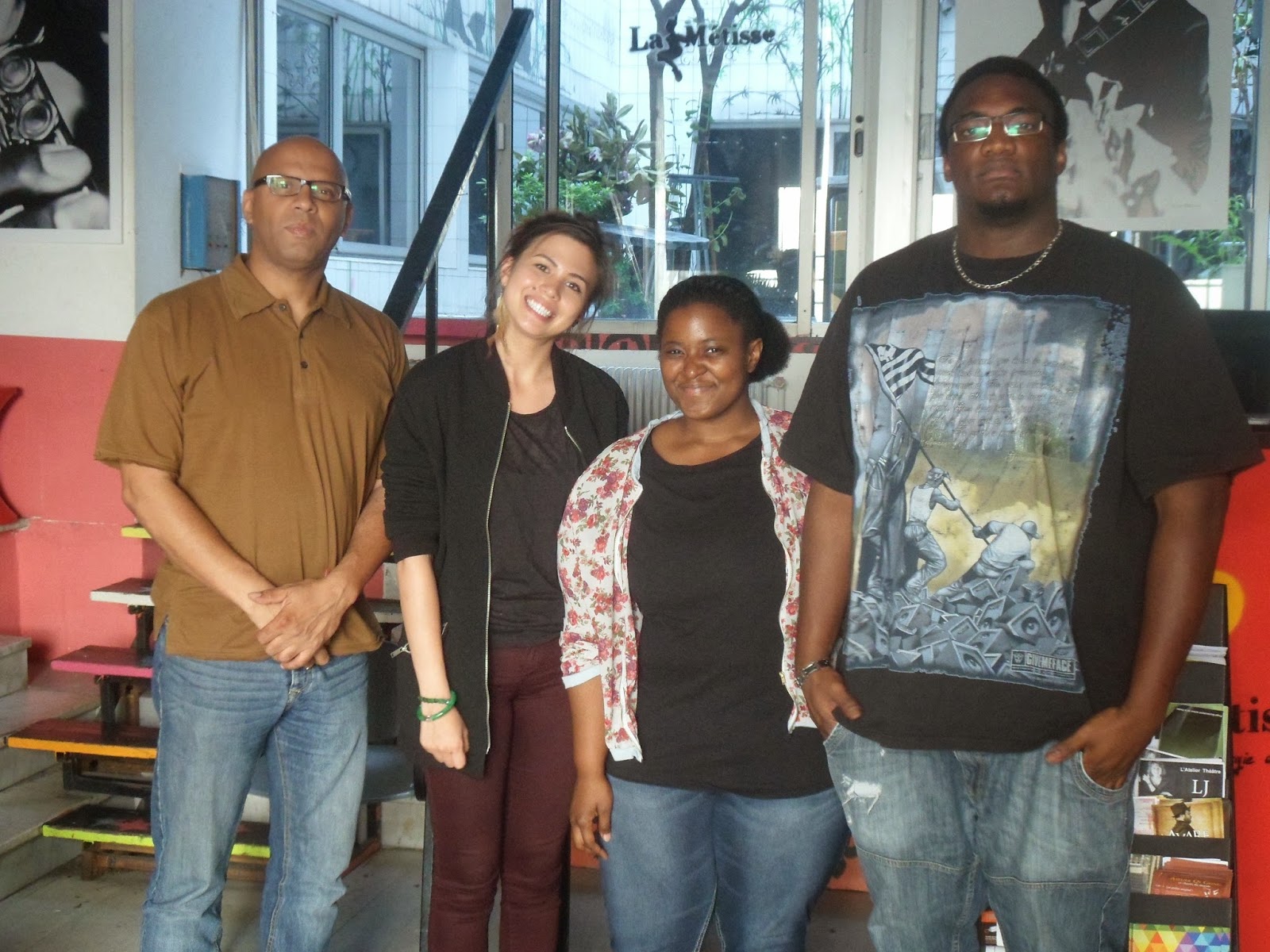 The five of us (me, my boss, Chris, Cyn and Cyn's boyfriend) gathered in the lobby to sit, chat and share a drink together. And they were right, there was hardly any alcohol taste to the cidre. But while everyone else was dismissing it saying, "This is nothing but apple juice," I thought it was just right. My boss and Chris went back and forth telling stories, and then somehow they got on the subject of traveling to their home countries (Martinique and Guyane, respectively). Suddenly my boss was like, "Speaking of which..." and then before I knew it he was taking out a bottle of rum while Chris took out a lime and a  bottle of liquid cane sugar. They concocted some sort of special drink that's supposedly a staple where they come from and served some to each of us (giving me the littlest amount possible, haha). It was strong but sweet! I was surprised that I liked it. After taking pictures, chatting some more, saying goodbye and receiving their well wishes, I left a full two hours later than I'd planned. But it was all good. I know that there were many times that I resented having to go to work everyday, doing some of the same things over and over, and facing so many linguistic and cultural challenges. However, I really am grateful to these folks for being so kind to me and teaching me so many things. Merci à tous! 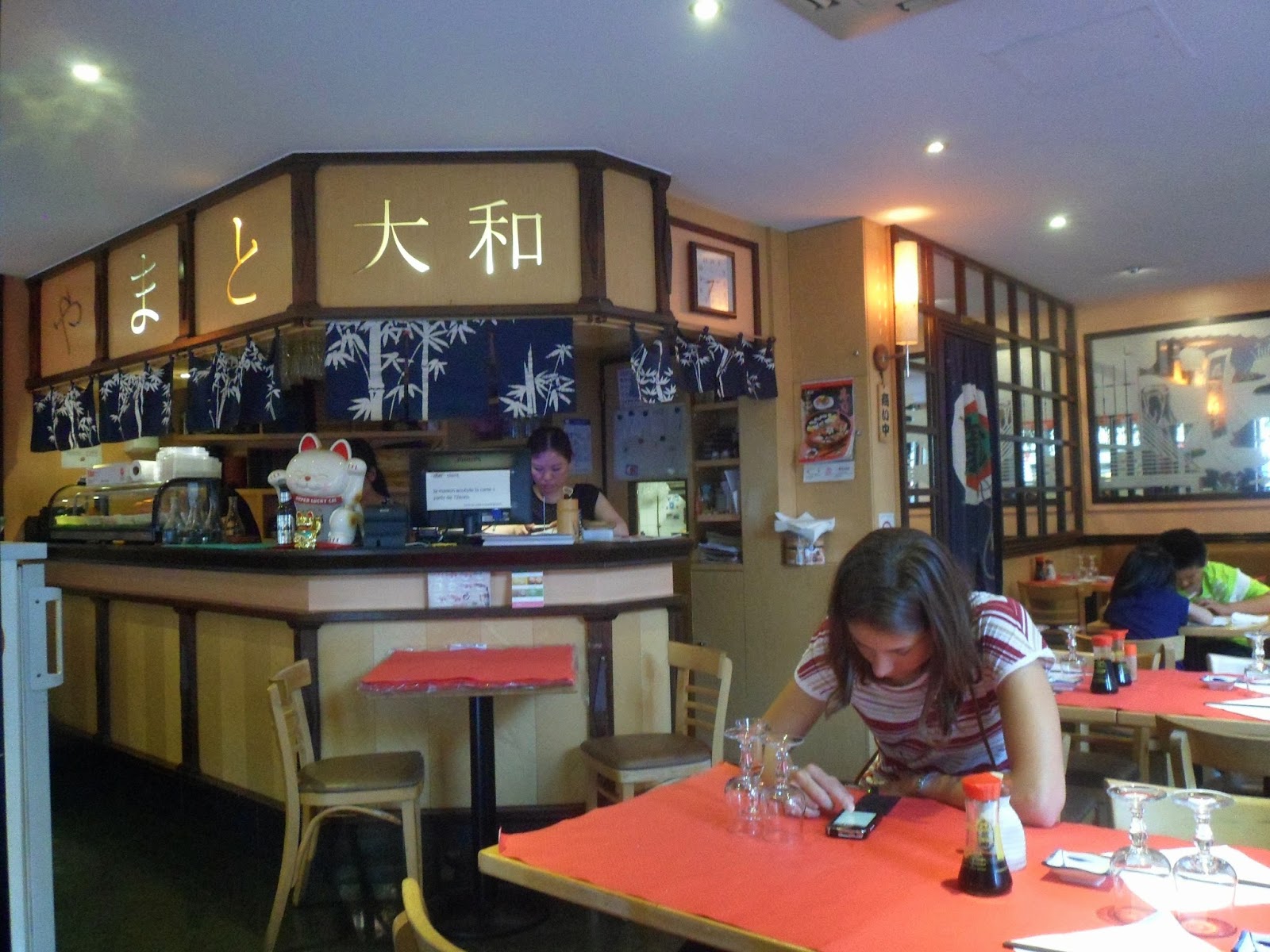 My next stop was a Japanese restaurant in my neighborhood called Yamato. It was average as far as Japanese restaurants go, and I probably could've made my last dinner in Paris really special if I'd given it some thought. But for some reason I'd been drawn to this restaurant. Once I was seated and started eating I figured out why. For one thing, Japanese food is one of my favorites! And after the summer I had last year, eating it makes me feel nostalgic. For another thing, I got a prime view of the neighborhood that I never took the time to appreciate because I was always just passing through. The grocery store that's been keeping me alive all this time, the shop where I bought my souvenirs... places I'd gone into or passed by numerous times but had never really gotten a good look at. It was a really humbling moment for me because I was looking out the window realizing that I'm not going to see this place again, at least not for the time being... 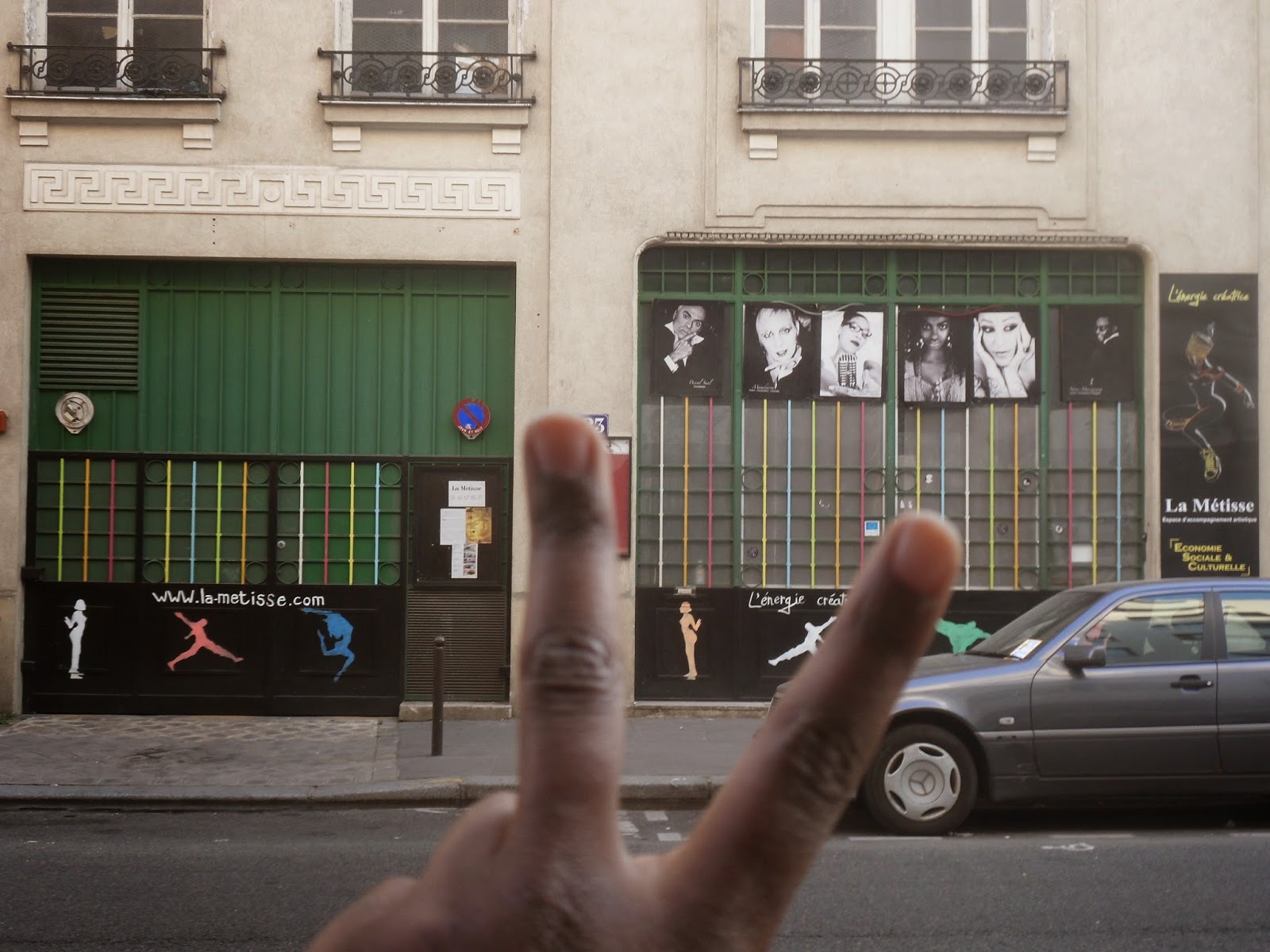 I've been given so much during my time here, and I won't forget any of it. Part of me would love to stay longer, but unfortunately it's time for me to go. Bye. Au revoir.