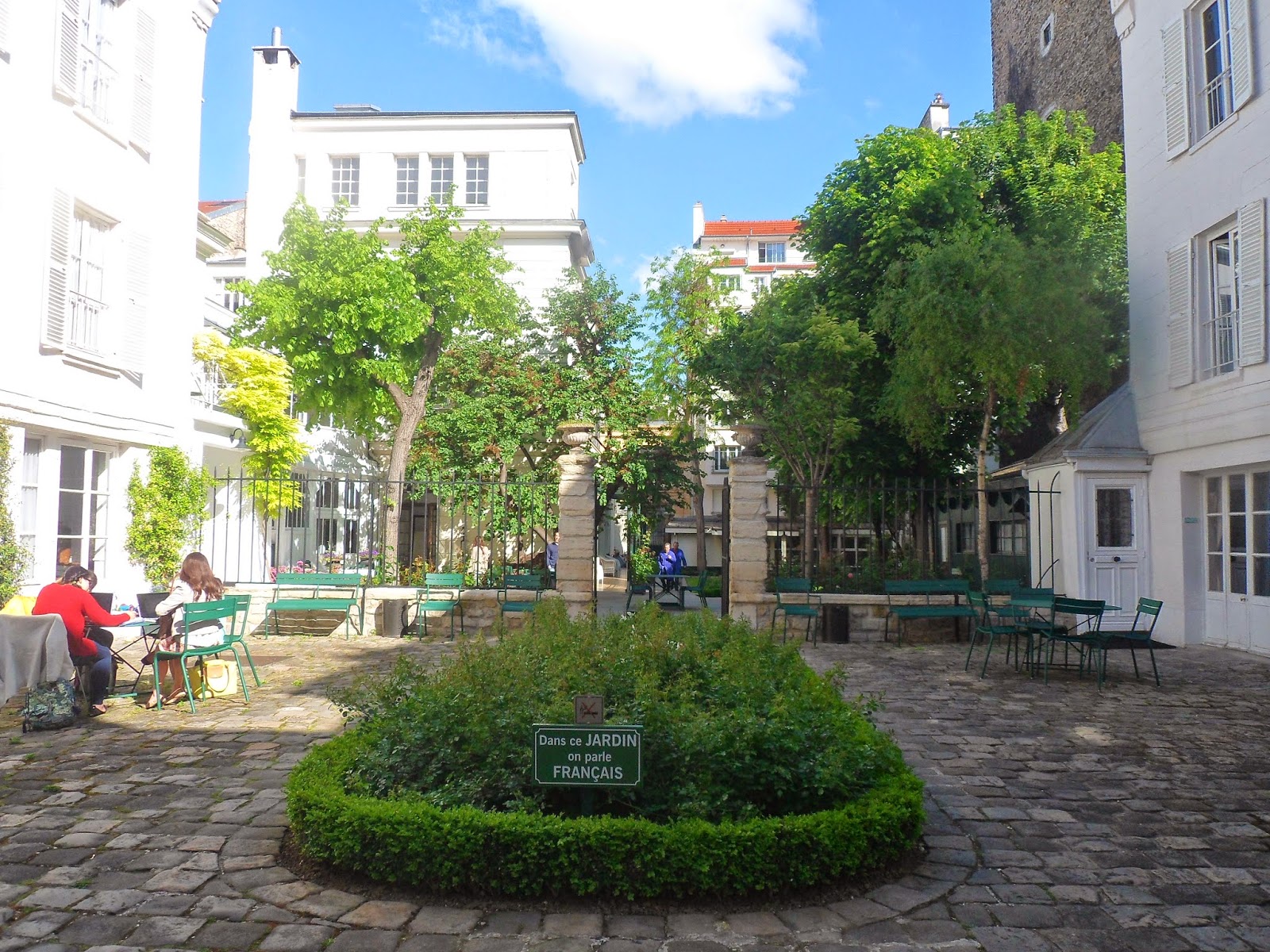 Today was such a long yet eventful day!

I had to be at the office of the organization that coordinates this whole Paris internship program at 10am. So I got up, got myself together, ate a bit, and headed toward... dundundun... le métro!

I was concerned about being able to find my way, but I was also concerned about being pickpocketed. Before I left the States I did a bad thing and spent too much time reading articles and forums about Parispickpoketspickpocketspickpokets. And the metro is one place where you need to be especially aware. So today as I marched to the nearby station I steeled myself as if I was going to war, like Ain't nobody takin' nutt'n from me today! And no one did. I got on and off the metro a number of times today, and nothing bad happened. Only thing I regret is that this morning I bought un carnet of 10 tickets, only to buy a Carte Navigo Decouverte this afternoon, so I could've saved myself 12 euros by just buying a single ticket this morning. But hey, first time riding the Paris Metro, check. 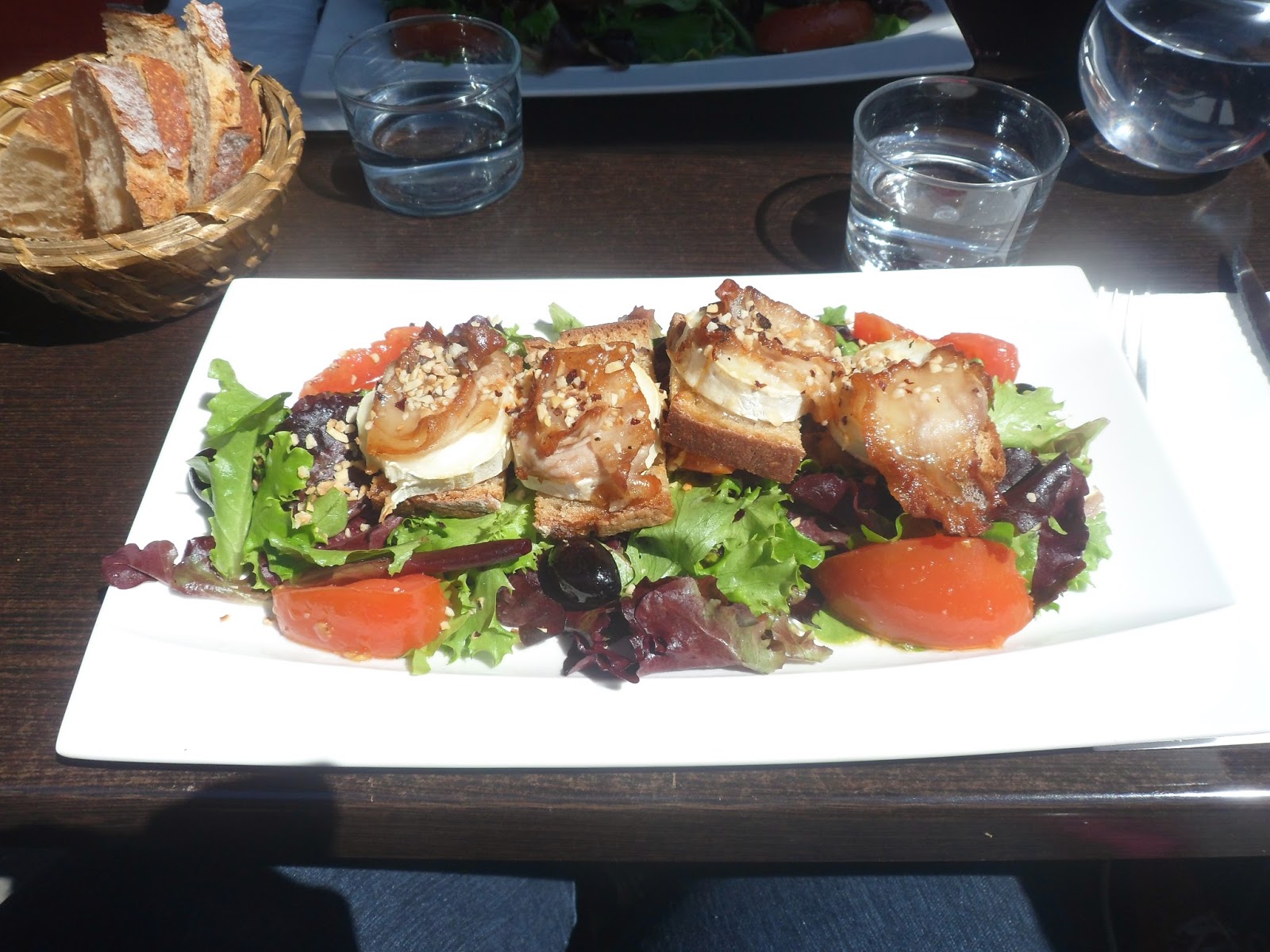 Anyway, I got to the office on time and sat with two other students for orientation. What I appreciated most from meeting the three staff members in person was learning that none of them is originally from Paris. Even though one of them is French, they each had their own process of adjusting to French/Parisian culture that took some time. That was encouraging to hear. After a couple of hours all six of us (three students and three staff) ate lunch at a nearby patisserie called Mathieu Mandard. I had a salad (salade de chèvre chaud)  and two macaroons (bonbon arlequin et citron), all of which was delicious! First time eating at a French restaurant, check! First time eating macaroons, check! 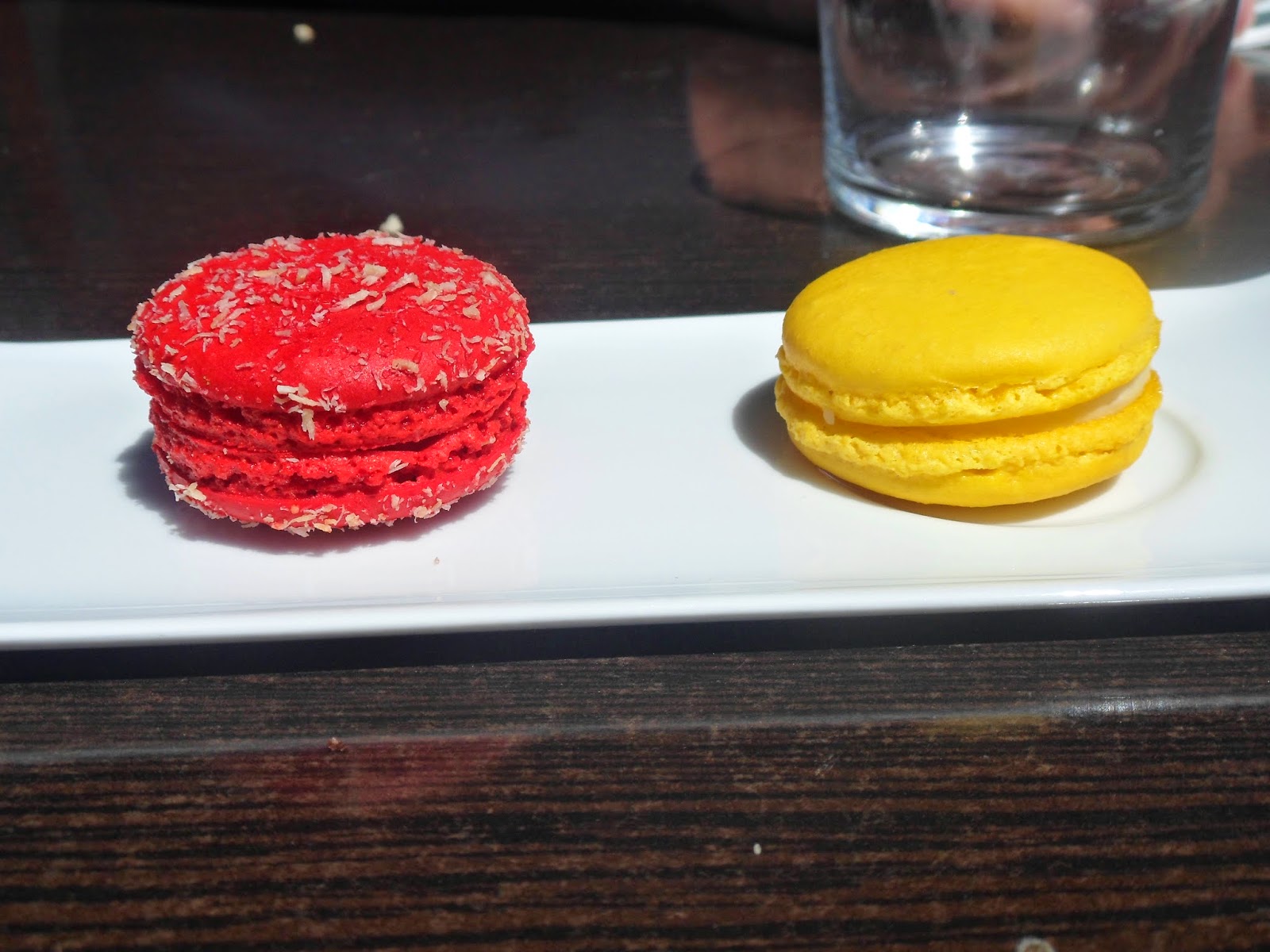 Something else you might find interesting: demonstrations! We were at the restaurant for about two hours (French people tend not to rush through their meals and pay insufficient attention to the atmosphere as Americans do), and while there we witnessed two protests. One was for taxistes. All of the demonstrators were on motorcycles (motorcycle taxi drivers), but I'm not sure if the term taxiste also refers to taxi cab drivers or not. The other demonstration that followed was by Lutte Ouvrière, whose goal is to advance workers' rights. The one chant of theirs that I could make out was, Dehors! Dehors! Les exploiteurs! ("Out with the exploiters!"). 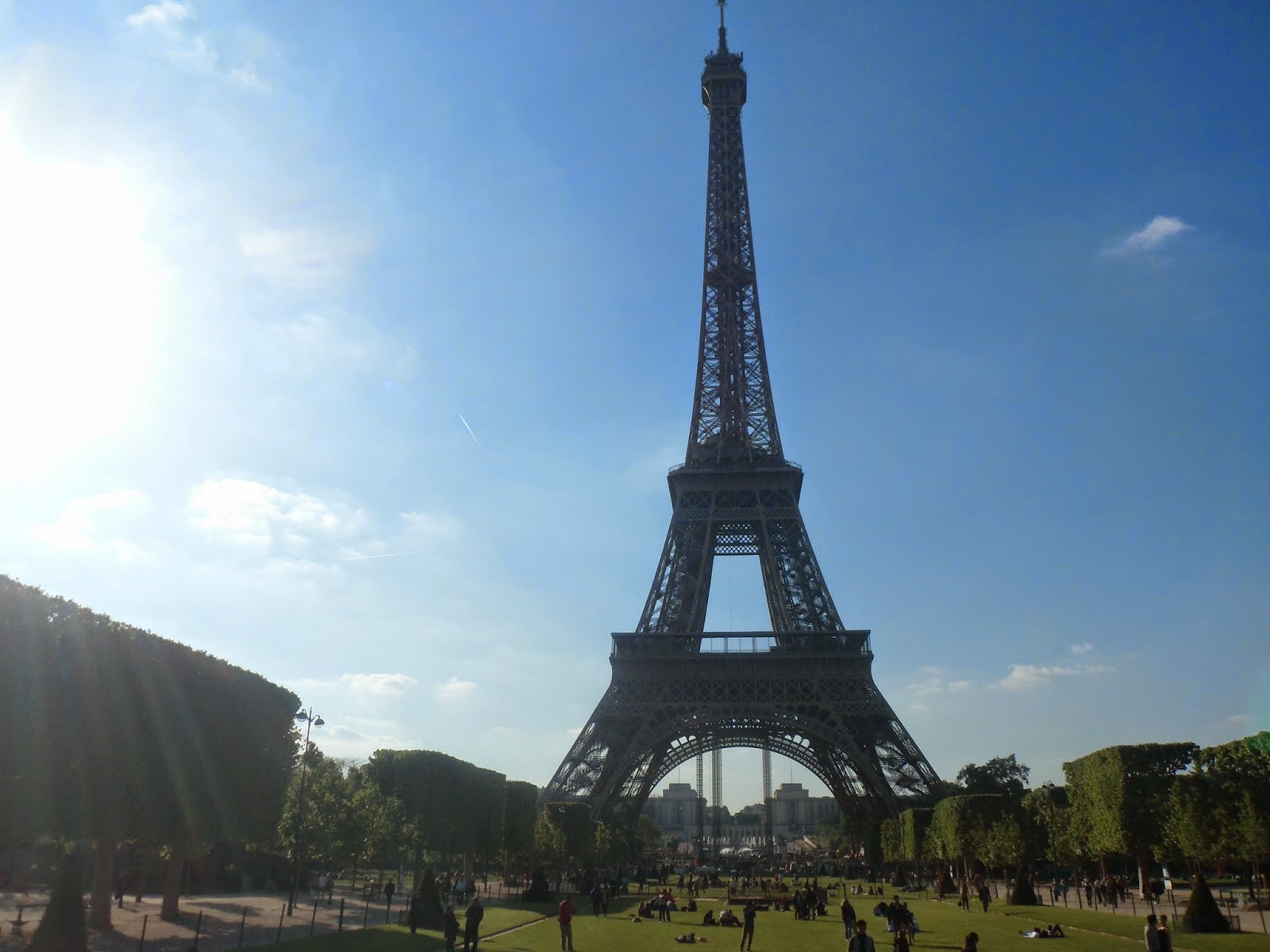 We then returned for the second part of orientation. After that we three students and one of the staff  rode the metro to l'Opéra then walked to the office of a bus tour company called Foxity. Foxity runs double-decker tour buses that you can ride all around the city of Paris, and that's just what we did. I know, it's kind of touristy, but it was actually a great introduction to the city and some of its most famous and popular sites. I must say that it was a little overwhelming, though. Seeing so many famous places that just happen to be there, no longer in books or on the internet but there, right in front of your face. It was so humbling and awe-inspiring. And to think all I did was ride by; I haven't even personally visited these places yet! Paris is so incredibly beautiful and historically rich, yet also modern, and I'm in it. None of that has really registered with me yet. I still feel a little like this isn't real. But I just need time. Overall, the tour helped me get an idea of which places I'd like to visit most. And I got to see the Eiffel Tower from a number of angles! How could you not be happy about that? First time riding a double-decker tour bus, check. 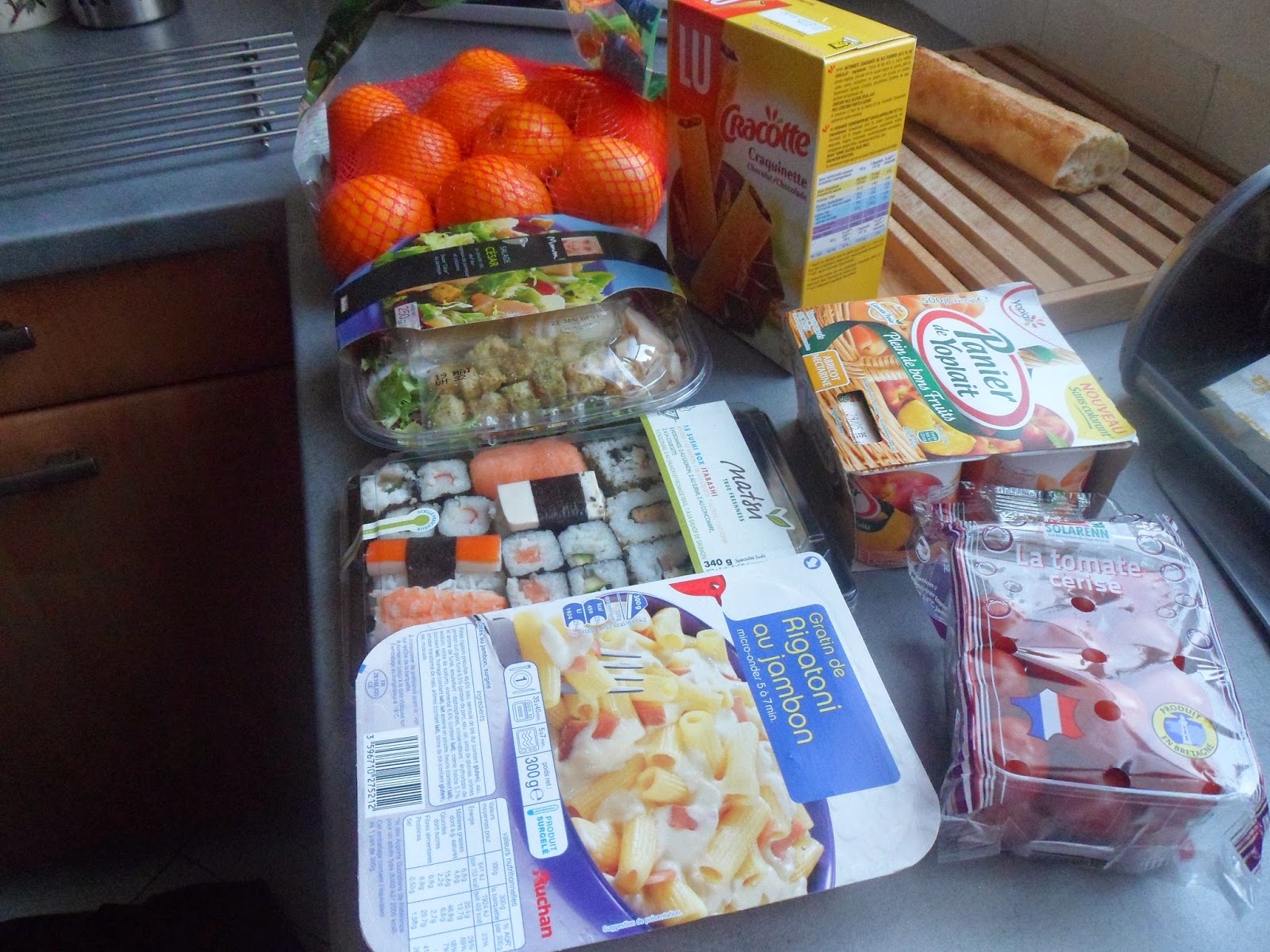 The tour last some two hours, and then we each returned to the metro station at l'Opéra and got on our separate lines to go home. When I returned to the apartment I sat for a few mintues to catch up with R-M and M and watch some Festival de Cannes footage with them. Then I changed into my tennis shoes and left to go to the supermarché up the street and around the corner. The place is called Simply City (get it? Simpli-city?) I only bought a few things, since I have a certain amount of allotted space in the refrigerator and a cabinet shelf. And I thought I was being frugal, but then my receipt came out to 24.20E (about $33.20). You wanna know what did it? Sushi. I saw it and thought, heh, it's store-bought sushi so it must be cheap. Wrong! That alone was 10.85 (about $15). All I know is that sushi better be good. I'll try to pay more attention next time, haha. First time shopping at un supermarché, check.

Tomorrow's my first day of French classes! I have to be up super early tomorrow in order to get there by 8:45am, so I'm out. Bonne nuit!