BOOKS! (The Spirit Stills the Storms)

This here is a Costco find. I used to know someone whose dad and aunt were smuggled out of Vietnam as children, two of thousands of "boat people" who fled Vietnam under repressive Communist rule after the war. So when I came across this book and saw that it had a similar story, I was intrigued. Plus I'd never read anything written by a Vietnamese person before (especially not in regard to Vietnam or the war), so this was a first that I was glad to add to my list.

The Spirit Stills the Storms: A Vietnamese refugee's bold journey to freedom by "Sam" Lien Le 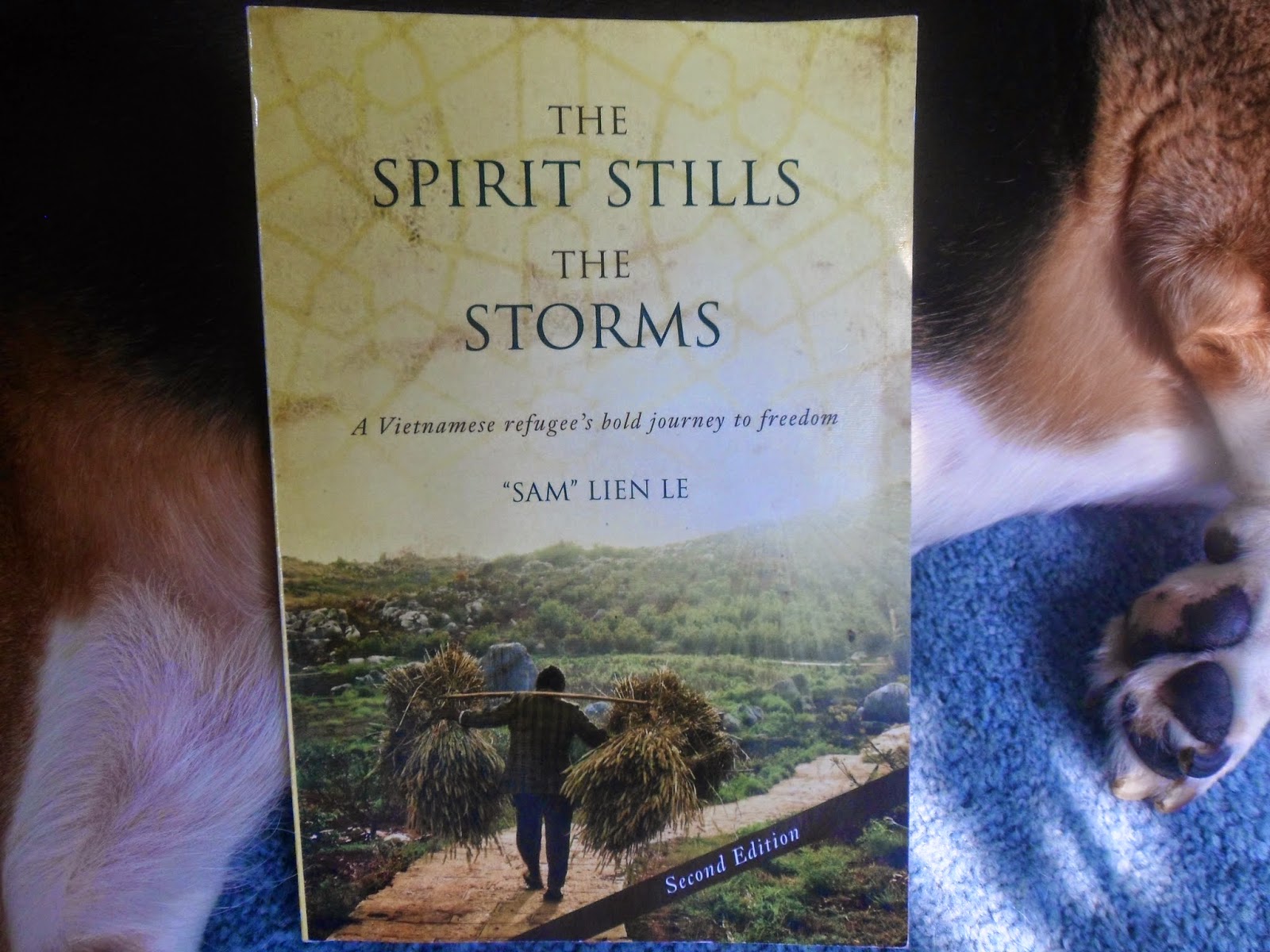 As the title indicates, Le's spirituality is very important to him. From Vietnam, to the Philippines, to the States, he chalks much of his survival and successes up to pure luck (providence) and his faith, which allowed him to believe in his own abilities and hope that something better was always ahead.

Something curious I noticed when I added this book to Goodreads was that the original subtitle was From Tyranny to the American Dream. But for the second edition (which is what I have), it was changed to A Vietnamese refugee's bold journey to freedom. I'm not sure what the reason was for this change. Perhaps talk of "refugees" is trendy-er than talk of "the American dream"? But I believe it was for the better. The first subtitle reeks too much of the typical immigrant story that most Americans expect to hear in order to deem an immigrant worthy of their recognition and respect. And that story is beyond tired, narrow, and false. (Immigrant experiences are as varied as the stars in the sky, and America is awesome but it's no dreamland.) Plus I think the second subtitle better reflects the content of this book. It's not so much about the regimes that Le has lived under, but about him as a person and how he dealt with all the difficult and unusual circumstances he went through as a son, a family man, a prisoner, an escapee, a refugee, an immigrant, a business owner, and a citizen.

Though not the most well-written (kudos to Le for writing this whole thing in his second or third language all by himself!), his story is absolutely remarkable! Le is a great storyteller, and some of the things he recounts are unbelievable. I'd recommend this to anyone who's interested in what an actual Vietnamese person has to say about his homeland, the war, Communist rule, how the U.S. government handled the boat people, and his own survival and triumph.


"How can you trust a government that robs you and makes you sign an agreement that you are offering to them what they have stolen from you?" (29).

"In serving them, I was somehow reminded and inspired by what Rabindranath Tagore, a Bengali poet, says in his poems:

I slept and dreamed that life was joy,
When I awoke, I saw life was service,
And when I acted, behold! Service was joy" (120).