BOOKS! (The No.1 Ladies' Detective Agency)

I paid $1.06 for this book at a used book shop back in September, but they should've given it to me for free. I mean come on! The cover's bottom-right corner is ripped off, like it was chewed off by a dog or something. But eh well. I couldn't not have it. Ma used to really like the HBO/BBC television show that was based on this book (shout out to Jill Scott!). Plus, I'd never read a book about or set in Botswana before. So when I found this torn copy by chance I knew I just had to get it!

The No.1 Ladies' Detective Agency by Alexander McCall Smith 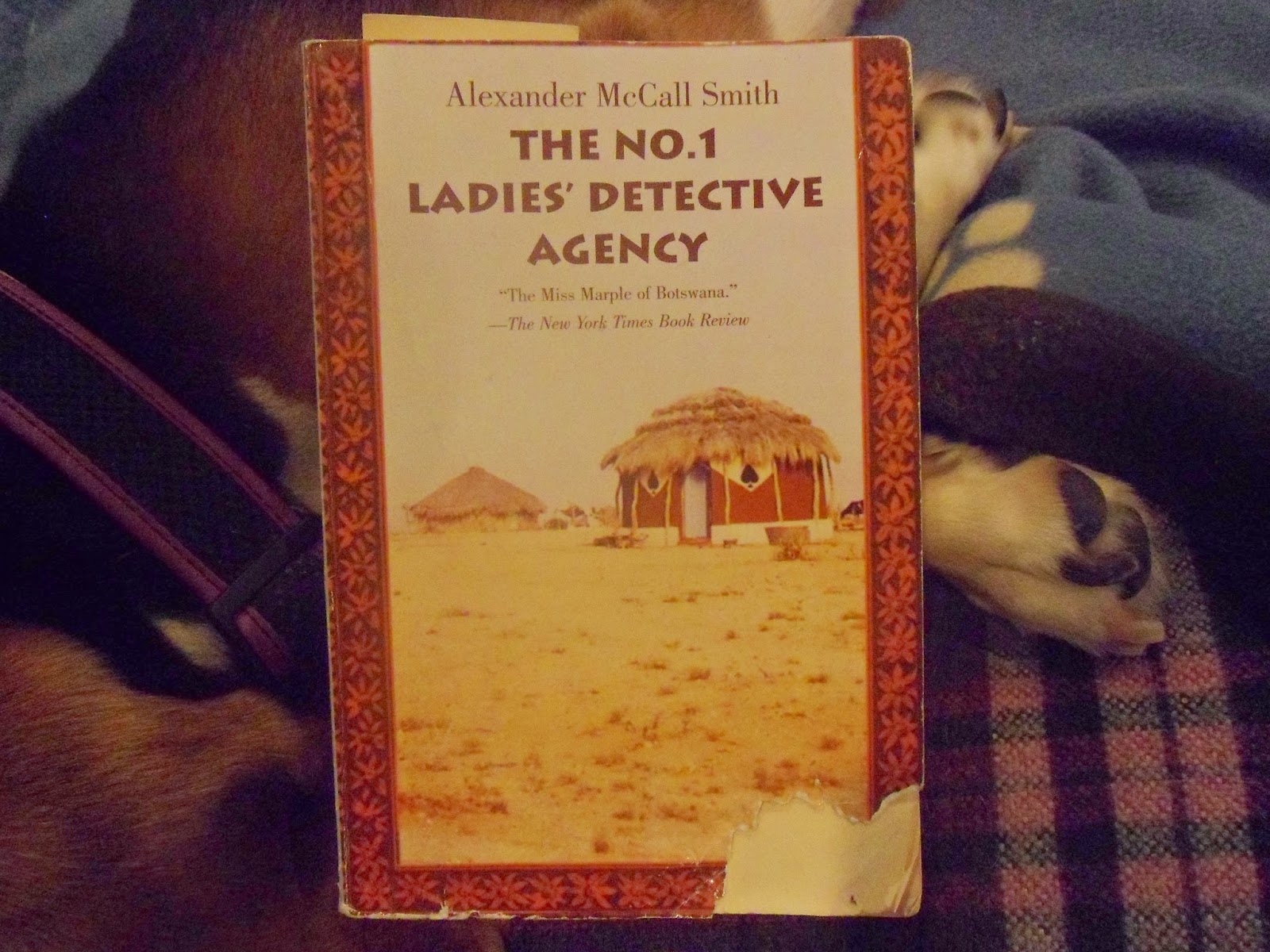 After the passing of her father, Precious Ramotswe sells his cattle. But instead of opening a shop as most might do, she opens a detective agency, using her wit, knowledge of goings-on around her (read: keeping her nose in other people's business), and woman's intuition to solve whatever cases people bring to her. Rather than money, her goal is to help people with their problems, and prove to folks that women can be detectives too.

Her cases range the gamut from missing husbands, to missing children, to dads spying on their teenage daughters, to philandering husbands, to imposters posing as family members, to workman's comp fraud, to seemingly two-faced doctors. Fortunate for readers like myself who aren't into mystery novels, these cases read more like short stories or anecdotes, as Precious's societal ideals and personal life/history are essential to how she goes about solving her cases. I mean how can we forget her mechanic friend Mr. J.L.B. Matekoni, who while occasionally helping her with her cases desperately tries to ease his way out of the friend zone?

Another selling point of this novel is the information it reveals about Zimbabwe. It touches on quite a bit concerning Botswana's history and contemporary society. Topics include colonization and liberation, mining in South Africa,  marriage rituals and marital relations, family structures, gender roles, ethno-linguistic diversity, modernity, politics and corruption, race relations, even topography and geography. Excuse my bias, but while I was impressed by all the novel had to show about Botswana, I was shocked to learn that it was written by a white man. Granted, Smith was born in nearby Zimbabwe and has spent a lot of time in Botswana over the years, so he undoubtedly knows more about the region than I do. But it always gives me pause when white authors write books that are about or voiced by black characters. Black and Afro experiences can't just be imagined; you really have to live them to know them. So I'm always initially suspicious when others attempt to speak for us. But again, Smith seems knowledgeable, and he does a remarkable job of at least introducing Botswana to his readers. Ladies ' No.1 Detective Agency is an engaging, often funny, sometimes serious, consistently thought-provoking read.

"Mma Ramotswe did not want Africa to change. She did not want her people to become like everybody else, soulless, selfish, forgetful of what it means to be African, or, worse still, ashamed of Africa. She would not be anything but an African, never, even if somebody came up to her and said 'Here is a pill, the very latest thing. Take it and it will make you into an American.' She would say no. Never. No thank you" (215).