BOOKS! (A Day Late and a Dollar Short)

Oddly enough, I have Lifetime to thank for inspiring me to read this book. Yes, this long-running channel for women, which unfortunately is also one of many bastions of horrible TV movies, inspired somebody. Back in April, Lifetime aired its film adaptation of Terry McMillan's A Day Late and a Dollar Short, and I was impressed! I mean when you bring some of the finest black film and theater actors together to reproduce a novel written by one of the most successful black authors, you want to be excited and hope that nothing can go wrong... But with Lifetime's track record, you never now. Fortunately, I was very much pleased.  Never have I ever been satisfied or impressed with Lifetime movies, but this time I was! So much so that when it was over, I was like, I've got to read this book! So eventually I did.

A Day Late and a Dollar Short by Terry McMillan 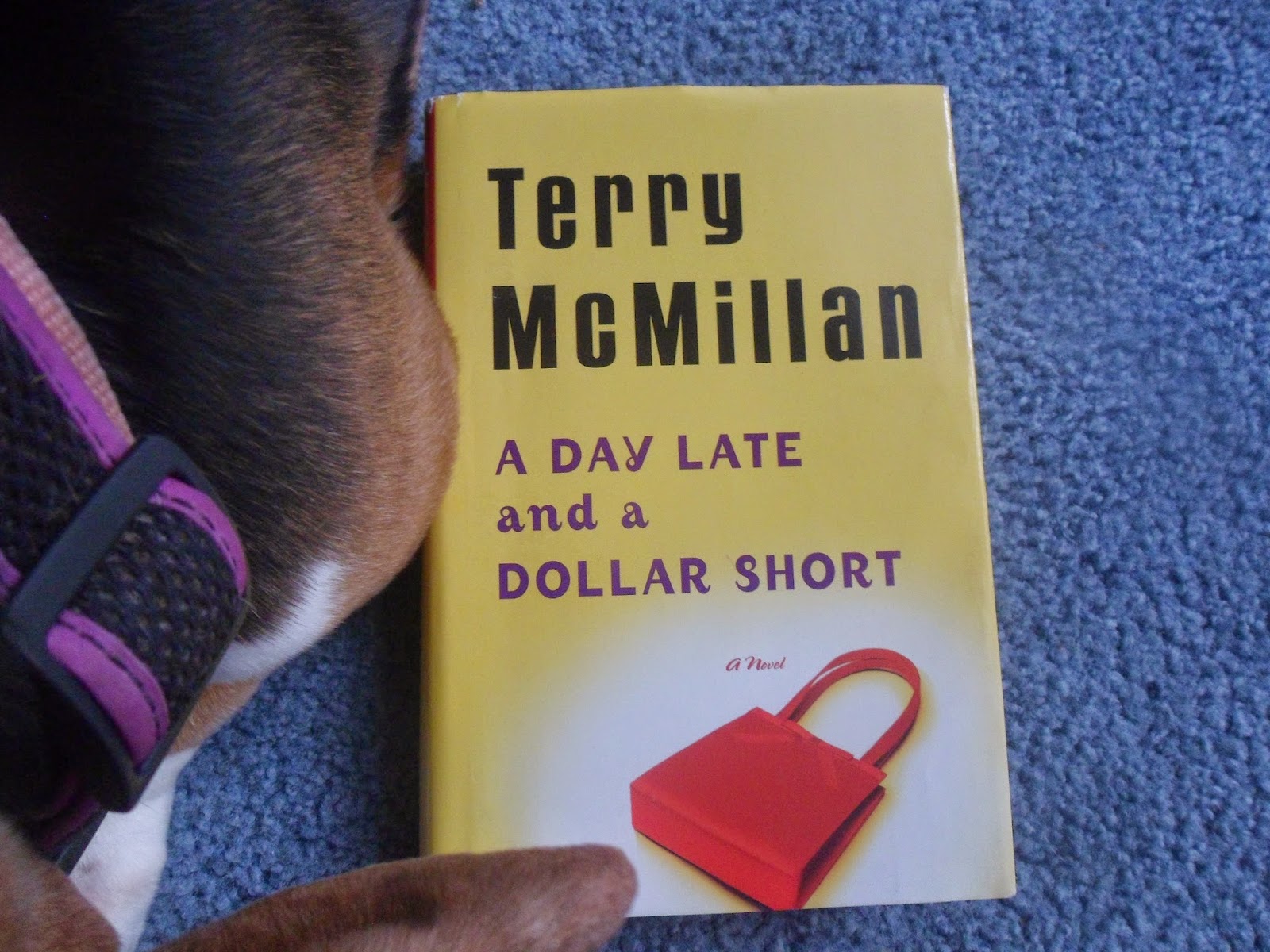 Most of this story is told by a woman named Viola Price. Her family is the definition of dysfunctional, and is spread out between California, Las Vegas, and Chicago.
While Viola is at the center of this novel as the matriarch and the person holding the family together, each chapter of the book is alternately narrated by her husband and adult children as well.

These include Cecil, her estranged, philandering husband who's having a mid-life crisis. There's Lewis, the youngest child, only son, and a divorced father of one who's been in and out of jail. He's extremely intelligent, but never managed to make something of himself due to alcoholism and lack of focus. Then there's Janelle, a stay-at-home mom who married well but is still equally as directionless as her brother, dealing with a moody teenaged daughter and a police officer husband who don't get along. There's also Charlotte, a married mother of three and postal worker who has an anger problem, is suspicious of her husband, and has intense beef with her mother and her sister Paris. Which brings us to Paris, the oldest child who from the outside appears to have fared the best in life, working as a highly-paid caterer and event planner. However, the divorced mother of one is also terribly stressed out and lonely, and starts abusing prescription tranquilizers to keep her anxiety in check.

Nobody in the family seems to get along; they might love each other, but they don't really like each other. Rather, they tolerate each other and pretend to get along because they're family. Everyone has their own baggage, deep problems, and broken dreams. Even Viola has her hang-ups and bouts of anger/pettiness, even as she shakes her head and tsk-tsks at everyone else's behavior. Yet and still, she loves her family. And before (*spoiler alert*) succumbing to her severe asthma and leaving her family for good, she arranges a plan to get them to confront their demons and each other, so that everyone can move  forward with love and a clean slate.

McMillan does a fantastic job of placing us in the psyches of six people, so that we understand each person but are still made to be aligned with Viola. We know what everybody has to say about each other, but we also get to hear what each character has to say for herself/himself. I love this book because when reading Viola's dialogue and the sections that she narrates, at various moments I could hear the voices of my mom, or my aunts, or even my great Aunt Jessie in my head. My family isn't nearly as dysfunctional as Viola's, and none of the women on my mom's side yell or cuss like she does as far as I know. But there's something about a mama holdin' it down amidst the calamity (even from the grave!) that is just so real and relatable. And of course, who doesn't love to sit in on a little family drama?


"It's embarrassing, really, to be lonely. It makes you feel inadequate in some way. Like you don't measure up in this area of your life. It doesn't even seem to matter that I'm successful, because I feel like a failure as a woman, and I hate feeling like this. I know it doesn't make any sense, and I've tried to trick myself into believing that it's okay to be lonely, that it's not the end of the world, that I'll survive, but it still makes me feel like I'm lacking in something. Missing out on what other people have. In some ways, it even seems like a form of punishment, except I can't figure out what crimes I've committed" (243).