Finally, I'm writing about the last book that I read between the summer and the end of this semester! This is another used book section find. When I started reading it I almost gave up on it because... well, I'll explain that later. This probably isn't a book that I'd read again, but it's a decent read if you're into music and don't have much to do. 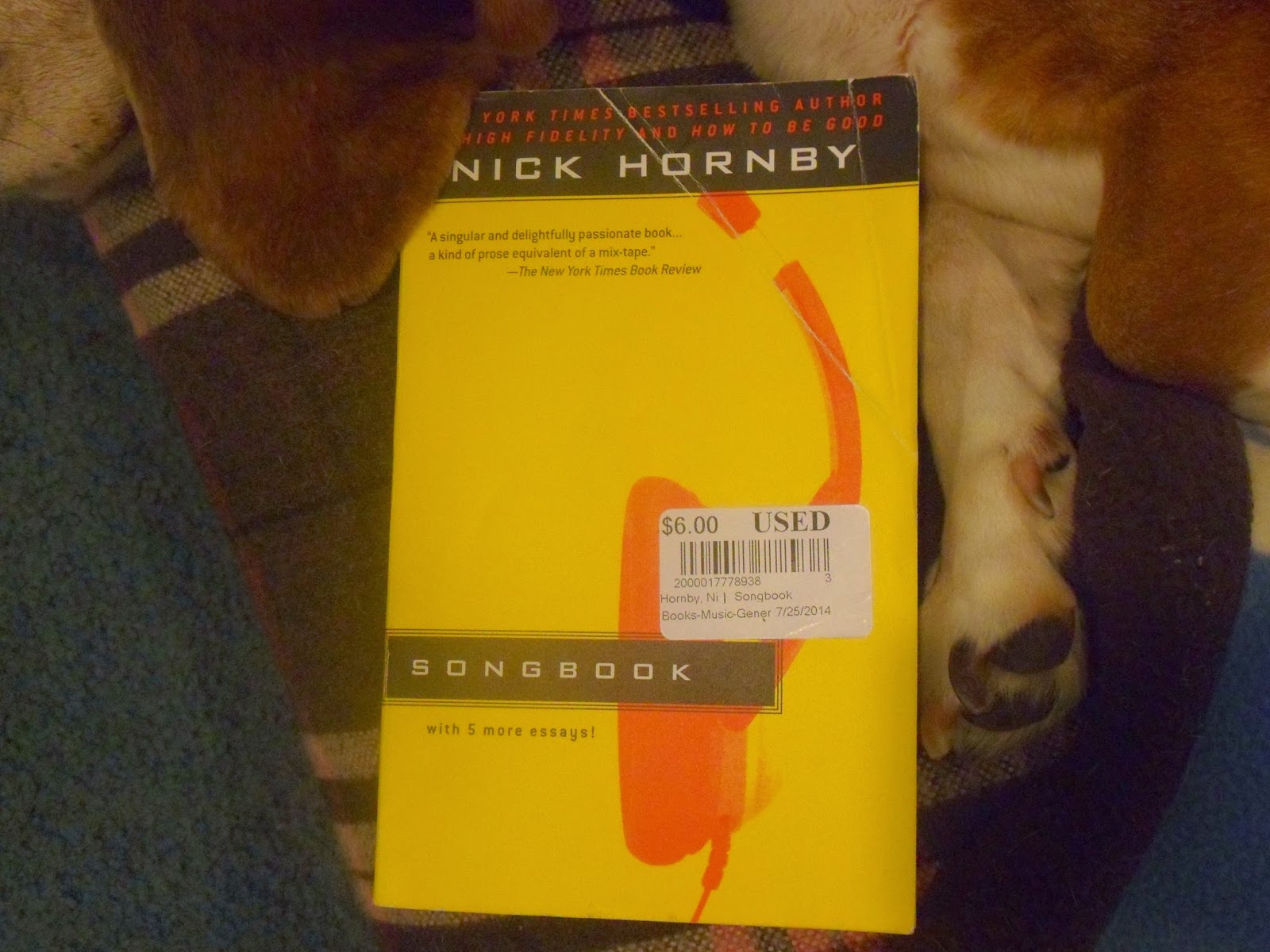 Written by Nick Horby (About a Boy), this book is composed of essays about Nick Hornby's favorite songs, and five essays on albums/artists that he finds notable. I say his "favorite songs" but not all of them are all-time favorites. Some of them are songs that he liked or loved at the time of writing; some are songs that mark or remind him of important moments in his life; some reveal much about the music industry or the artistry of the people who perform them; and some just make him think a lot about art and life. So I should rather say that they're 31 songs that Hornby found noteworthy at the time.

The reason why I almost gave up on this book is because it was kind of a snoozer for me at first. Let me just put it like this. There are many different ways to be human. And if listening to and enjoying music are part of the human experience, then there are also many different ways to appreciate music. So I won't criticize Hornby's taste in music,  per say. But... let's just say we're of two different minds musically. Furthermore, he lumps a number of genres under the dreaded "pop music" umbrella that shouldn't even be mentioned in the same sentence with pop. Reggae? Not pop. Soul? Again sir, not pop. "Black music"? Our contributions to music in their original forms have always been an alternative, challenge, or antithesis to the mainstream, and therefore, again, NOT pop. I understand what he's saying when he argues that genres are fluid and often speak to each other, but there's a difference between that and labeling all music that a lot of people happen to like as "pop".

My issues with his taste and word usage aside,  it's obvious that Hornby loves music, knows a lot of it, and understands it beyond what the average listener does. He often writes as a music critic,  but in this book his approach to each song isn't exactly criticism. He talks about song structure, why a song is worth listening to, what songs do for people, what allows certain songs to survive, and how music transcends many things, including speech. In discussing each song he also draws many comparisons between different musical genres, between songs and literature, and between songwriting and poetry. As someone who is also a novice songwriter and a great fan of literature, I greatly appreciated the depth of his reflections when making these comparisons.


"But sometimes, very occasionally, songs and books and films and pictures express who you are, perfectly... I'm talking about understanding−or at least feeling like I understand−every artistic decision, every impulse, the soul of both the work and its creator. 'This is me... I'm not a character, I'm nothing like the author, I haven't had the experiences she writes about. But even so, this is what I feel like, inside. This is what I would sound like, if ever I were to find a voice.' And I did find a voice, eventually, and it was mine, not hers" (9).

"music, like color, or a cloud, is neither intelligent nor unintelligent−it just is. The chord, the simplest building block for even the tritest, silliest chart song, is a beautiful, perfect, mysterious thing, and when an ill-read, uneducated, uncultured, emotionally illiterate boor puts a couple of them together, he has every chance of creating something wonderful and powerful" (96).