Back in senior year of high school, I took a Greek mythology class in which I read the story of Pygmalion, the sculptor who fell in love with a statue of a woman that he'd carved. I read up more on the story later, and I remember reading somewhere a comparison made between Pygmalion and Junichirō Tanizaki's Naomi. Apparently Naomi is one of the most important works written by this pioneer of modern Japanese literature. The only other book I'd read by Tanizaki was The Makioka Sisters, and since I'd thoroughly enjoyed that one I figured I'd give Naomi a try. Took me four years, but I finally got around to it. 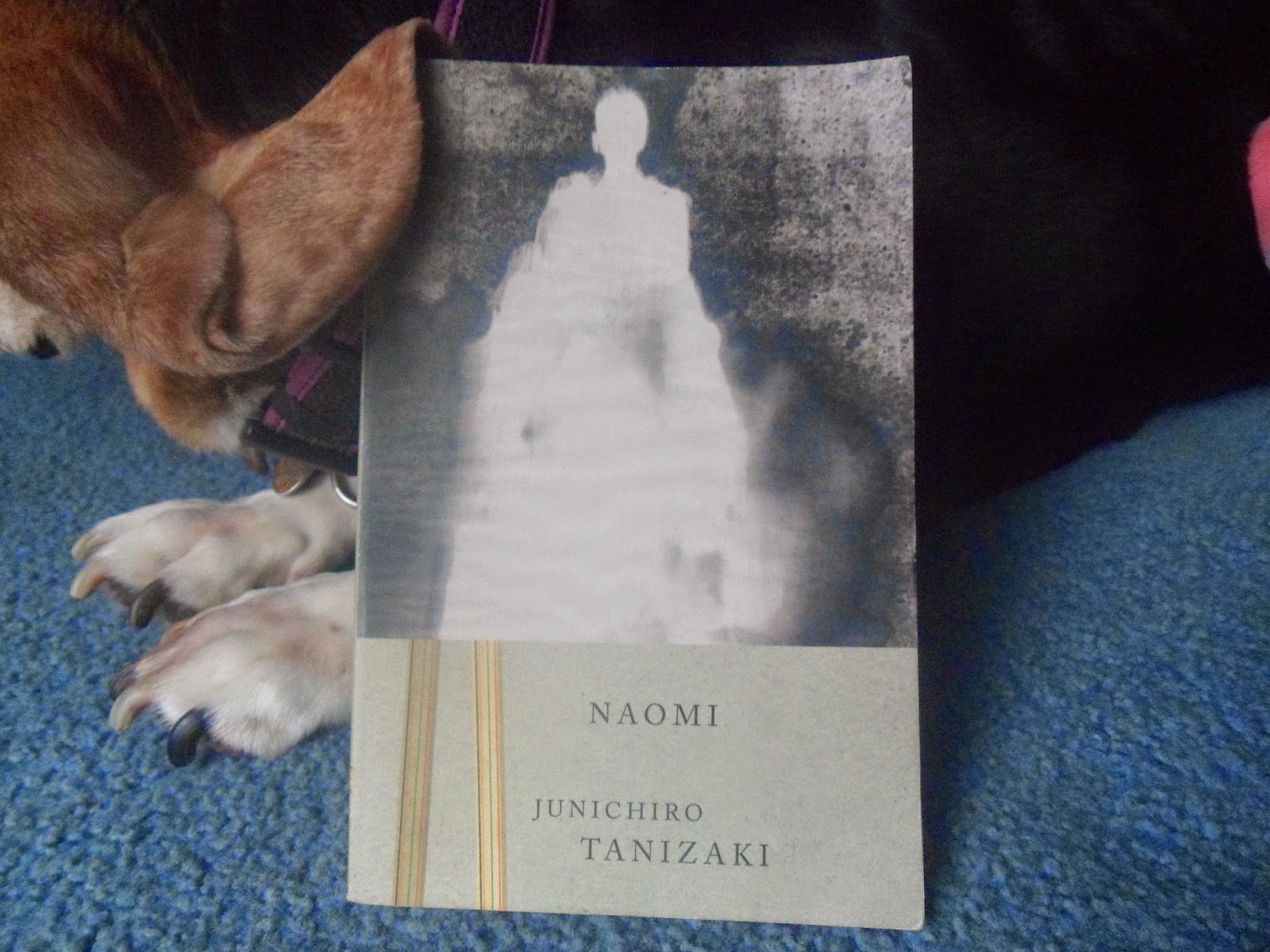 Set in the 1920s, this novel is the story of how a man tries to make a plaything out of a young girl and then gets played. 28-year-old Jōji is an engineer who despite his elite background, doesn't want to be confined to a traditional Japanese marriage. Jōji also has an affinity for modernity and all things Western. He's already been taken with a Eurasian-looking Japanese girl of 15 who works at cafe he frequents, closely observing her every time he goes. And he chooses her (Naomi) to be his perfect wife, figuring that he can groom her into a  modern Westernized woman and that they can have an unconventional, less stringent, and happy marriage together. He is obsessed with her beauty and her body. She's like his little bird, or doll, or puppet, and he worships her. Sometimes she's even his model, as he often snaps and collects photos of her physical features. He dresses her up in fabulous and expensive outfits, he takes her dancing, he teaches her English, and he gives her everything she wants.

It's not clear (or at least it wasn't clear to me), when their sexual relations actually start. From what I gathered they don't become "intimate" until after they have been married for a little while. But no matter. Whatever the nature of their sexual relationship, Jōji soon finds out that he's not the only one, as Naomi has been sneaking around. The extremely quiet, naive, shy girl transforms into a cunning young woman who has no qualms about using her feminine wiles to manipulate men, both Japanese and Western. She has discovered the power she has and uses her beauty and sex appeal like weapons, remaining well-kept and well-dressed along the way.

Furthermore Naomi turns out to be a disappointment in other ways. She pronounces English words perfectly, but she can hardly put together a coherent sentence. She takes to modern fashions, but begins dressing herself daringly in a manner that Jōji finds tawdry and classless. And while she's certainly not a traditional or typical Japanese woman, she takes her independence and runs with it, doing whatever/wherever/with whomever she wants. She values her marriage only for the security that Jōji provides, and she refuses to be questioned or  made to explain herself.

At first Jōji confronts Naomi and tries to get her to behave the way he wants, but it's too late. He's created his own monster, so to speak. In the end he acquiesces, continuing to provide for Naomi while she entertains other men and dispenses money like it's water.  He knows he's being used but just can't bear to live without his goddess, and accepts being dominated by her. Though we are positioned to feel bad for Joji (the novel is narrated from his first-person point of view) I, for one, say that's what you get for trying to turn a woman into a toy. Naomi turns out to be mad spoiled, selfish and disloyal, but what do you expect?


"If there's such a thing as animal electricity, Naomi's eyes had it in abundance. It seemed beyond belief that they were a woman's eyes. Glittering, sharp, and frightful, they still brimmed with a certain mysterious allure. And sometimes when she shot her angry glance at me, I felt a shudder pass through my body" (47).

"It's often said that 'women deceive men.' But from my experience, I'd say that it doesn't start with the woman deceiving the man. Rather, the man, without any prompting, rejoices in being deceived... He plays along, like someone trying to make a small child happy. He has no intention of being misled by here. On the contrary, he laughs to himself that he's deceiving her" (51).